Since moving here, almost one year ago, Marc and I have had many encounters with Nature (some of which have been documented in this blog). This morning, I was able to capture a Nature-inspired moment with Pepi (furry baby #2). Luckily, I had my camera on-the-ready and here's what when down.
First though, here's a picture of Pepi. We adopted him from a rescue organization when we heard there were tonnes of puppies that had been seized in a puppy mill raid. It took us a while to suss out what kind of breed he was, as he has many strange behavioral traits (cleans his face like a cat, chases birds, "pets" bees and beetles and has impeccable balance). Our vet suspected that he was a cross between a Japanese Chin and a Pekinese.
Fun Fact: we like to give personalities to things that we love, and therefore, both Pepi and The Pickle have accents when they "talk to us." The Pic has always been Parisian and we decided that Pepi was probably Mexican. 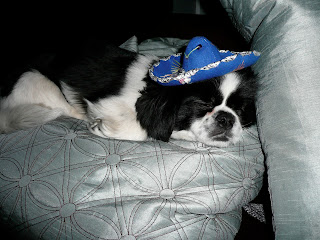 Here he is, having a siesta (we found the sombrero in Mexico, so it's authentic).
The following images are a pictorial account of Pepi's Nature-snub (more specifically, a deer-snub). 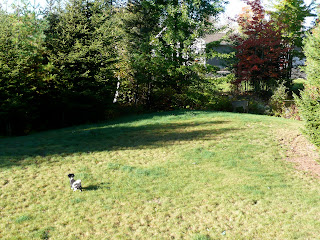 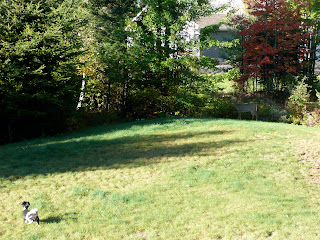 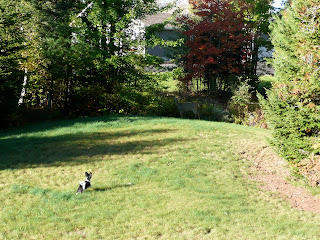 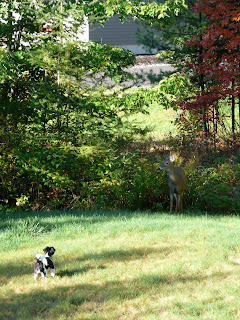 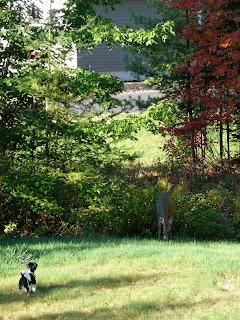 I stood on our front porch, watching it unfold behind my camera's digital screen, laughing my head off. That deer couldn't have cared less about Pepi! Eventually, he just sat down, tail wagging, begging for the deer's attention. To Pepi's dismay, after the deer had a little grass-snack, it just walked back into the forest. I have no idea what Pepi would have done if he could have gotten closer (we have an electric fence) but I'm fairly sure that he'd try to play with the deer, as he tries to play with every other Nature-creature he encounters...you know, like Porcupines...*sigh.
Oh Pepi; you're so weird.