We're fighting.
Usually we're BFF's: cooking and baking together in perfect harmony. I've learned so much from watching you online and reading your books and I've noticed that I often don't have to modify your recipe's as often as others.
That being said, you totally shit the bed this time.
Thricely.
The baking atrocities came from your Pies & Tarts books, purchased at Costco for well below retail value (thank goodness because otherwise I'd be even MORE pissed off). 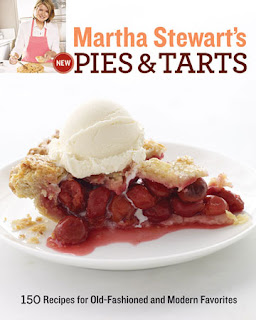 just so you can identify the WORST cookbook ever.
For Easter, my Hetero-Life-Partner had a bunch of don't-or-won't-go-home-for-the-holidays peeps over for supper. Everyone pitched in and I offered to bring two pies and some homemade bread. After a brief meeting with the above pictured book, I decided on a standard apple pie and a key lime pie. I've made apple pies before and they've all turned out really well but I was excited to use one of the fancy pastry designs found at the back of the book. When it came out of the oven, it looked and smelt great!
Then, it was onto the key lime pie. It was more labour intensive than I'd anticipated, having to make the crust the day before, but I thought it'd be worth it.
How wrong I was.
Not only did the recipe TOTALLY NOT WORK OUT, but it also tasted like bitter lime-y garbage. The condensed milk was supposed to solidify after ten minutes at 325. I've been a semi-competitive baker for quite some time now and I should have listened to the tiny French chef who sits on my shoulder when he started saying that couldn't possibly be long enough, or hot enough because 300 is the perfect temperature for reheating day-old pizza. I opted to push through instead of hopping online and comparing other recipes, and to my utter shock and surprise, after ten minutes, the milk was just as runny as it was in the first place.
FAIL
The apple pie that LOOKED tasty was the driest, sorriest excuse for a pie ever. The crust was yummy, but the filling, not so much.
FAIL #2
For Marc's birthday on the weekend, he opted for pies instead of a cake. I whipped up a frozen peanut butter pie, apple strudel cheesecake and a lemon meringue (his fav). Again, the lemon meringue recipe came from Martha. Frankly, by this point, I should have known better. The pie turned out looking great and the filling appeared to be solid...until you actually cut into it and then it was like the crust was swimming in a pool of jelly lemon-scented water.
FAIL #3
The other two recipes for the frozen cake and cheesecake came from www.food.com and they both turned out BEAUTIFULLY.
So in short, dear Martha...
YOUUUUUUUU SUCK
*lights kitchen blow-torch to burn book*

Email ThisBlogThis!Share to TwitterShare to FacebookShare to Pinterest
Labels: Letters to Nobody, Semi-Competitive Baking, Snapshots