*Mum, I know that you read my blog but you MAY want to skip over this one... You've been warned*
First off, BOO BLOGGER!! We're fighting because I have to rewrite this post after your meltdown.
Moving on...
It's been a while since I've bared my soul and a few nights ago, I realized that I may have a closet attraction to something. Let me break it down for you.
Most of the hetero women I know have sexytime dreams starring devilishly good-looking men who are often actors, singers or other celebrities: washboard abs, touseled hair and buldging biceps galore.
I, however, have put together an extremely unattractive group of sexy-dream-time players. Sure, Joshua Jackson used to make a guest appearance from time to time, but the replacement of hottie mc-totties with not-so-much-ies first started a few years ago and Mr. Jackson hasn't been seen since.
The first anti-sexy-dream-time player came in the form of James Woods. I kid you not. 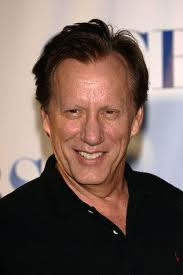 He's like a thousand years old and NOT very cute. No offence Mr. Woods, but NO THANKS!
My friends all laughed when I told them I'd gotten to know Mr. Woods on a very personal level and I joined them joyfully...until he became the ONLY dude to make an appearance during my REM cycle.
Just when I thought it couldn't get much worse, THIS GUY came around. 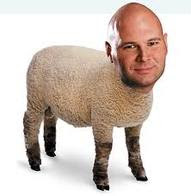 His name is Brad Lamb and he's a Toronto realtor who specializes in lofts and condos. He also has a reality show. This is one of his ads that were plastered around Toronto when I lived there...you know, cause of his last name. Luckily, my subconscious drew a line at bestiality as he was in human form (whew). That being said, Mr. Lamb comes across as kind of a douche plus he's bald.
Again, I told some friends of my latest anti-sexy-dream-time addition and they laughed. This time, my own wasn't quite as genuine. I wondered, why is this happening? My hubby, in real life, is SERIOUSLY good-looking and super awesome, so why on Earth did I dream of ugly a-holes?
Then, this week, another dude came onto the scene. 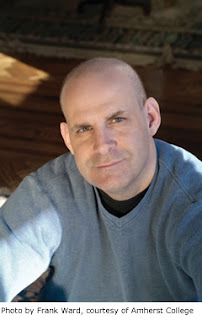 May I introduce, Harlan Coben. He's an author who I love (and consequently own every one of his books). He's smart and funny, from his Twitters anyway, so I wouldn't necessarily say that he's a step down from Brad Lamb but he's also BALD!
Do I have a secretly crave the feel of a smooth and polished scalp beneath my fingertips?
Should Marc, my hubby, shave his?
Will all future anti-sexy-dream-time players also be bald?
Who's next? 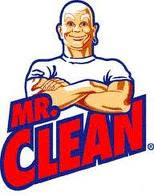 Mr. Magoo?
Will Mark Wahlberg ever stop by?

Probably not.
So there you have it; my most recent predicament. There's probably only one conclusion...
My name is Jennie and I'm a Bald-A-Holic.
*googles BA meetings*