This is what I read! 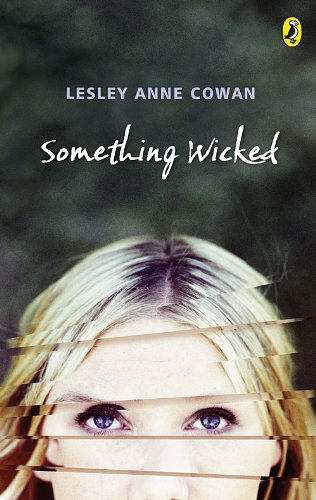 Something Wicked is the story of a young woman who, surrounded by ugliness, seeks beauty in her life and in herself.

16-year-old Melissa's most recent troubles stem from a secret: her twenty-eight-year-old boyfriend, Michael, has just broken up with her. Even though the relationship is clearly over, Melissa clings to the past, riding a never-ending wave of hope and disappointment. Meaningless sexual escapades, drunken nights, and drug-induced blackouts help her deal with heartbreak, but her pain goes much deeper than her failed relationship. Along with a broken heart, Melissa has to cope with the memories of her younger brother's death; the non-existent parenting of her insecure, flighty mother; being juggled between social workers and psychologists; and getting kicked out of school and sent to a special program for at-risk youth. So when the cracks in her life threaten to tear her apart, Melissa has to decide whether to keep fighting -- or to let go.


So, this book came to me in the extremely large in-law-sponsored-book-drop-off. I've been trying to mix things up a little and since YA's so popular now, figured I'd give this one a go. Plus, it's set in Toronto and I love reading books set in places I know. The problem, though, is that this was one of the most disturbing books ever.

Okay, maybe not the MOST disturbing, but if I were to have a sixteen-year-old-daughter, I'd be moving her out of the city ASAP. I remember what it was like being a teen in Toronto, but Melissa's experiences are nothing like my own. She's hard-core into drugs, her mother really doesn't seem to care, and...yes...her ex-boyfriend was TWENTY-EIGHT!

Something Wicked is like that movie Kids, but everyone has their legs. I know I'm dating myself here, but that's the closest comparison I could come up with.

The story moves along, but I found myself reading with my fingers crossed that things would start getting better for Melissa.

It may be my adult mind, but I found some parts to read much more adult-y than teen-y. The language was sophisticated at times, over what I felt would be appropriate for Melissa's character. And there's just SO MUCH SEX! Nothing too detailed, obviously, but Melissa sure gets around. She reflects on why she has sex, and decides it's because she likes the power. I'm all for female empowerment, but believe that 16's a little too young for genuine sexual empowerment. That, or I'm just a prude.

So, if you're looking for a fun summer read. This isn't it.

If you're looking for something to give your teenaged daughter. This isn't it either. Or, if you do give it to her, please talk to her about it afterwards.

Seriously, Something Wicked is basically a glimpse into the world of a terribly unhappy teenaged girl who desperately wants to be loved and accepted. Unfortunately, Melissa's story isn't unique and that might be the most depressing point of all.