Although the weather this summer has been super rainy or incredibly humid, I haven't been able to spend much time outside. So, when my Dad and Baby Bro came into town to help us with The Extreme Deck Makeover (still not done...*sigh*) I prayed to the Sunshine Goddess to grant us at least one day of nice weather.

Luckily, she heard me.

So, a couple of days after they arrived, we got in the car and drove to Taymouth Tubing, the #1 tubing destination on the Nashwaaskis River. You might find yourself asking, "is there really any competition?"

There are two other places; one that's been there for a while and one that just opened. The one that just opened, however, doesn't offer a "Tubing" experience, but rather a "Toooobing" time. I laughed so hard when I read the sign that I had to cross my legs. Anyway, from an experienced floater's perspective, it's Taymouth Tubing or nothing. Not only do they have adorable dogs, who now have adorable puppies, but the owner Marty's pseudo-military-vibe is funny and he drops you off at one of the coolest places on the river.

And the best part of my family float was that Baby Bro brought a waterproof camera! Woot woot!

It's hard to describe just how awesome it is, and not dangerous, and pictures are the best way for you to see the amazing-ness of a natural lazy river. 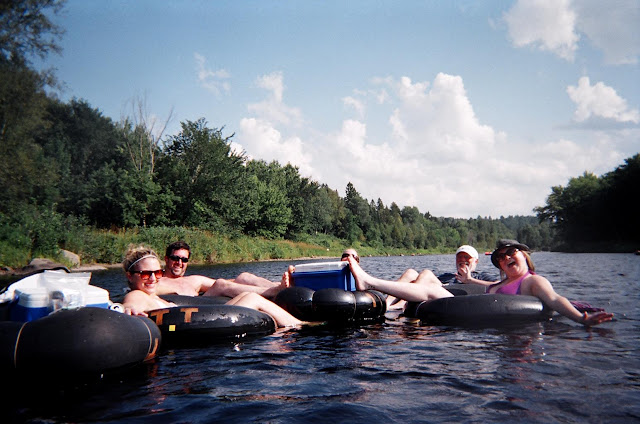 There were six of us, so naturally that meant we needed two coolers. Yes, the coolers get their own mini-tubes. 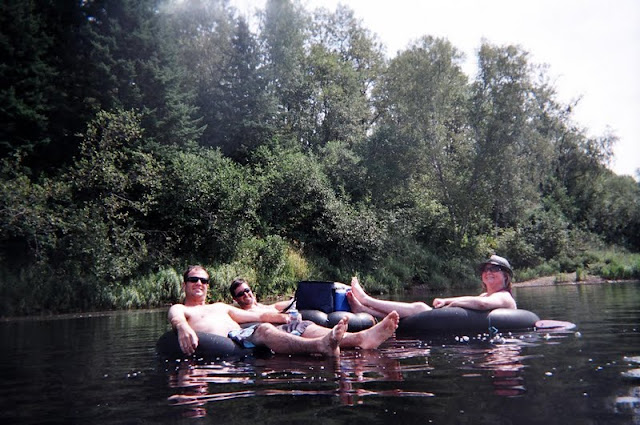 As you can see, you're never really far from shore. 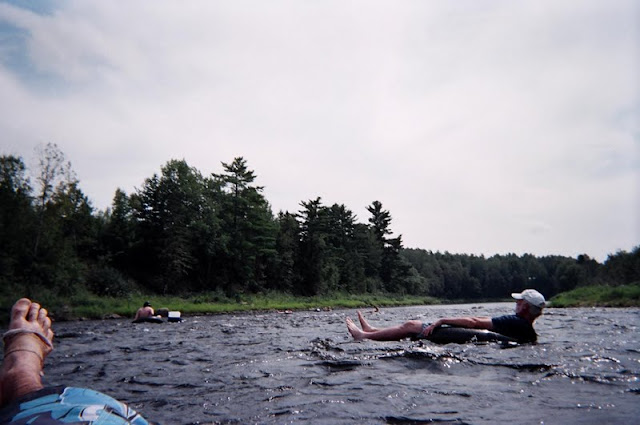 And it's not very deep. Here's my Dad demonstrating The River Plank, which is necessary in certain parts because it's rocky. It doesn't look terribly relaxing, and it's not, but those parts are fun because of the impromptu 'ouches' and swears from people who get stuck and/or bumped around.

This time, the water wasn't very high so we did the shorter route. It still took the better part of four hours, though.

So there you have it, just another example of why New Brunswick summers are amazing!! Hopefully we'll be able to go WAY more next year.