Ahh! How have I not blogged about this?!

Seriously. I don't know how this slipped by me but as I mulled over the things I've done this year, it occurred to me that I hadn't shared any info about The Cup.

It all started years ago, when The Hubby and I lived in a condo in downtown Toronto. One night, a gal pal and I ended up going to the Dollar Store and inventing games based on the cheap toys we found there. We invited a few people over and called the night: The Condo Cup. We had two of those.

Then we had one up in Collingwood, where we moved. It was called The Collingwood Country Cup.

When we moved here, it became The Pelican Cup (we live on Pelican Court). The first year here, we just didn't have enough time to do it, but THIS year, we DID! YAY!! 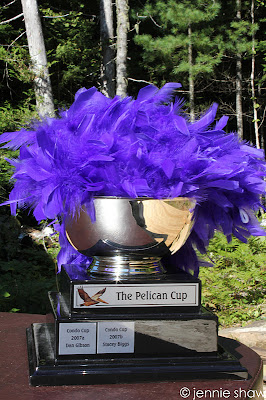 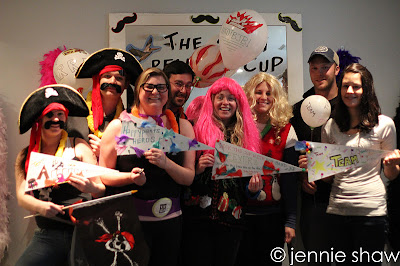 So the deal is that you need a team name and uniform. From the left: Team Arrrrr!, Happypants Heros, Deck The Halls With Boy Band Fever and TeamTeam. This is the group shot before things got started. 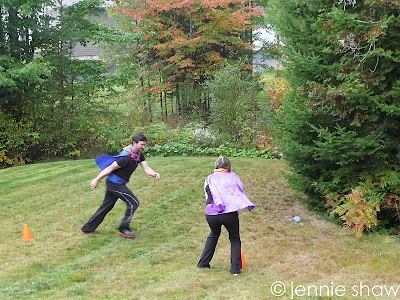 It was raining, but we didn't let that stop us. First event: Obstacle Course! This was a timed event and therefore somewhat stressful. 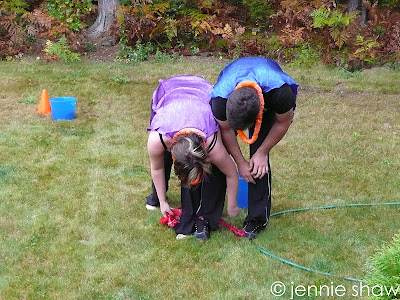 The three-legged race part was a bit tricky as we didn't have anything aside from torn-up leis to tie our legs together. Logistics, logistics. 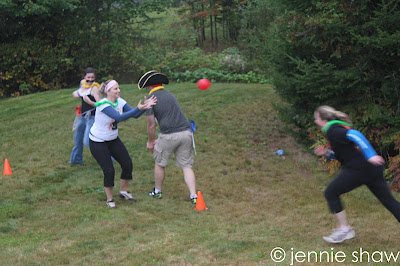 There was also a tie-breaker between Team Arrr! and Deck The Halls With Boy Band Fever because of a timing mis-hap. DTHWBBF were the victors. 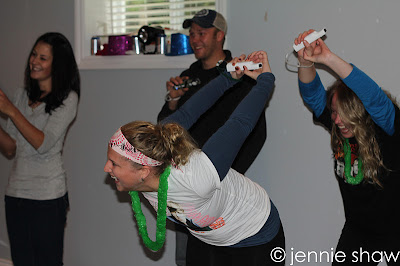 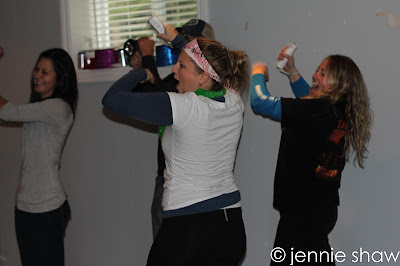 Deck The Halls With Boy Band Fever dominated on the song, Maniac. Obviously. 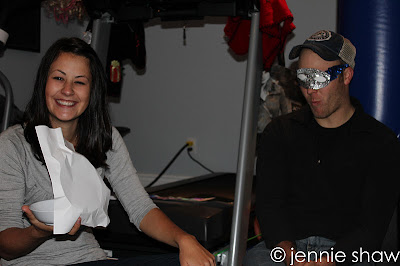 Event 3: Just Shove It In My Mouth 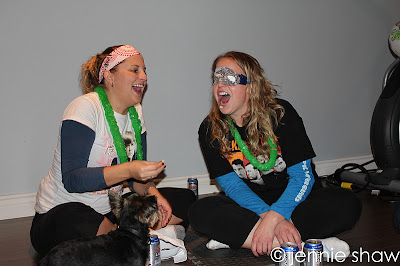 Blind taste-testing. Is there anything funnier? 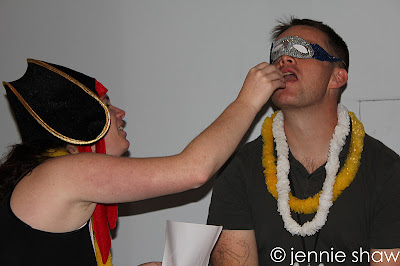 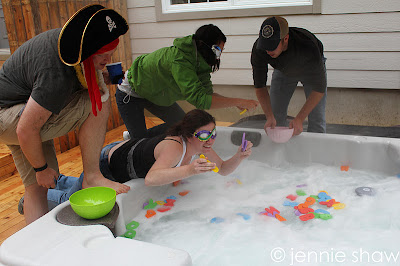 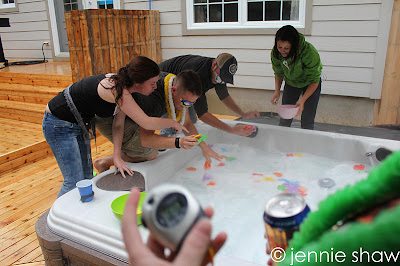 Each team was assigned a colour to pick out - blindfolded. The other team member wasn't allowed to touch their partner or the coloured numbers. I'm not going to lie. It got wet. 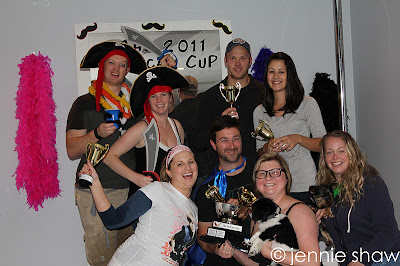 And the final group shot! The big winners were us!! YAY for Happypants Heros! It was nice, though, because everyone won an event! 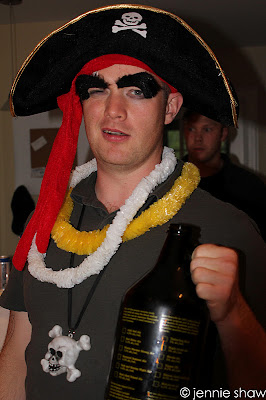 Then Team Arrr's moustaches were turned into eyebrows. 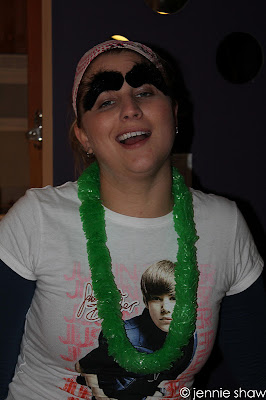 And things went downhill after that...

So, our first Pelican Cup was a resounding success. I believe we're going to throw a Winter Edition sometime in February. The weather's just miserable by then and it's nice to have something to look forward to!