I’ve been away for so long – too long, really. But now I’m back!! I've missed you all SO MUCH!! Hugs for EVERYONE! How have you been?

*stares expectantly with a goofy grin*

I got a Kobo ereader for my birthday from The Remix and it came with a whole whack of super cheap reading options so I've gotten back into the swing of things. 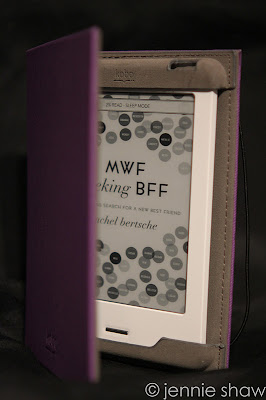 I love how you can preview books, sometimes up to twenty pages. I’ll always read paper books too, but I’m starting to really dig how I can take a bunch of books with me in my purse without becoming a bag lady. It’s nice. And pretty. And gives me awards. For instance, I recently got the Primetime reward because I’d read for five hours between eight and ten at night. For reals.

Moving onto the review.

So one of the previews that came on my Kobo was for Sara Blaedel's Call Me Princess. 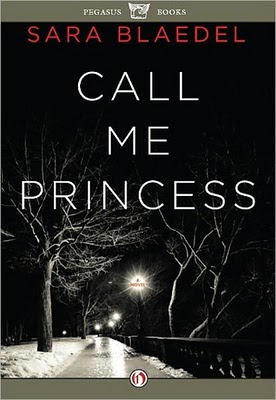 The first ten pages were intense. I’m going to lay it out to you straight – it’s a rape scene. Not quite in Steig Larsson territory but a rape scene nonetheless. All the preview included was the first chapter. Sensing a Law and Order: SVU-esque theme, I bought the rest of it. After the opening scene, I needed a happy ending.

I have to say, (mild spoiler alert) I wasn’t disappointed.

The novel is set in Copenhagen and is centered on Louise Rick, a Detective Inspector. She has a long-term boyfriend named Peter, a journalist best friend named Camilla and a bunch of colleagues whose names are so different from English ones that I had a hard time remembering who was a male and who was a female character. For instance, Flemming, which is a first name of a man but somehow I always read it first like the last name of a female character. That really isn’t a criticism because it is set in Scandinavia but it’s something to look out for when reading. Which you should, because the book’s pretty great.

So, Louise is assigned to the rape case and proceeds to investigate and it turns out that the moral of this story is just how dangerous online dating can be but not in a way that you’ve been told before. These are fully-functional adults, looking for love on the Internet without taking silly risks. Adults who take precautions to protect themselves. That doesn’t help them, though.

There are more than enough twists and turns here to make it an interesting read. I haven’t read a crime novel in a while and this was a pretty good way to get back into them. Ms. Blaedel certainly knows how to draw out the tension and lead you down dead-ends without being obvious. I feel that she respected the subject matter too, which is very important for me. And, of course, I loved that the Lead Detective was a female character.