Ger-gles (not my best hybrid but there you go)

My father-in-law is awesome. So is my mother-in-law but today, it's all about Ger.

He's amazing. So amazing, in fact that he did an unbelievably amazing thing for us.

And when you do an UNBELIEVABLY AMAZING THING for us, I like to send edible thank-you presents. Sure, cards are nice but who doesn't love a tasty home-made treat?

So, after some deliberation (asking The Remix) I decided on bagels. Since my F-I-L's name is Ger, they've been dubbed Ger-gles. Again I'm aware it's not the best hybrid.

I've done some bagel posts before, so click here for the ingredient list and first few steps. After the dough's rested for 10 minutes, come back here for the rest. 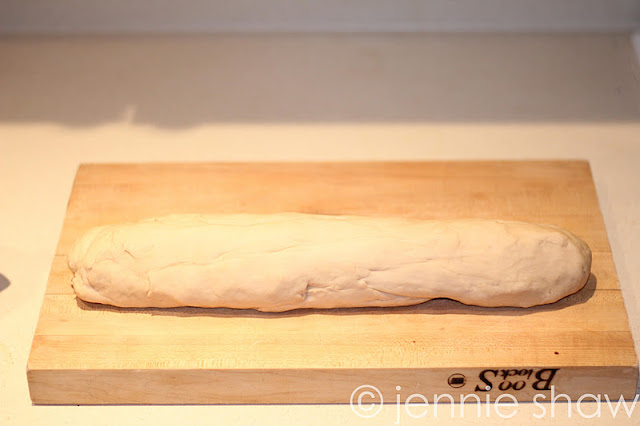 So this is where you should be. The dough's rested for 10 minutes and you've rolled it out to a big log. Oh, and make sure that your cutting board's upside down. That's the real trick (not really). 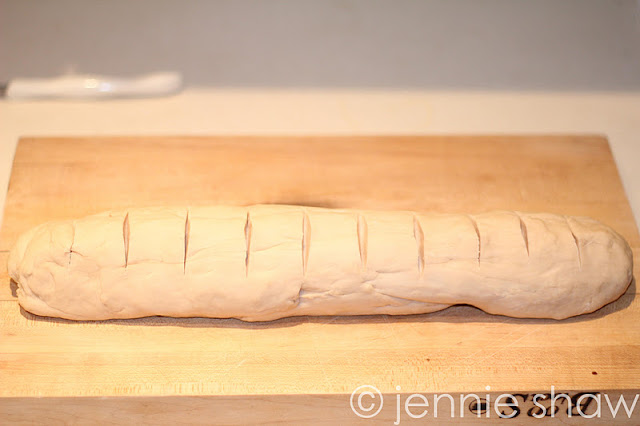 I decided to make 10 this time. They're a little bigger and therefore, representative of my level of gratitude. Mark off how ever many you choose to make and then cut. 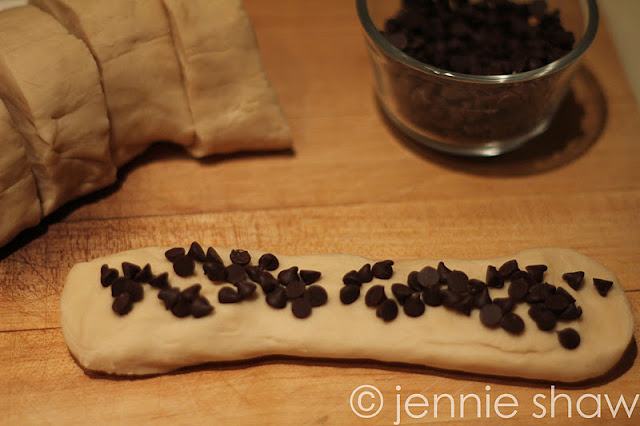 First up, chocolate chip Ger-gles. I used the teeny tiny chips because they're easier to incorporate into the dough. Roll out the cut up piece from the log and then flatten it. Press the chips into the dough with your knuckles. 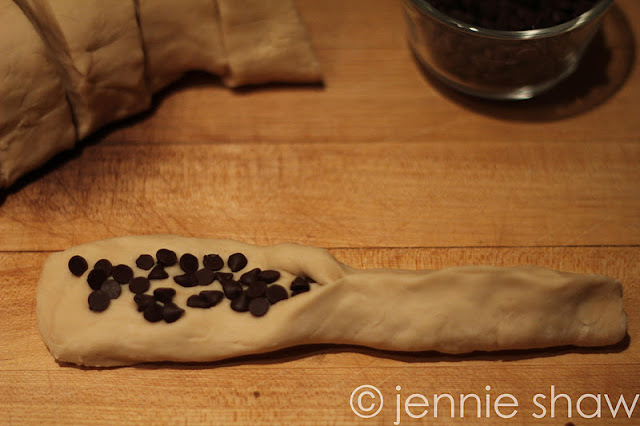 Pinch the tops closed and then roll between your hands until smooth. 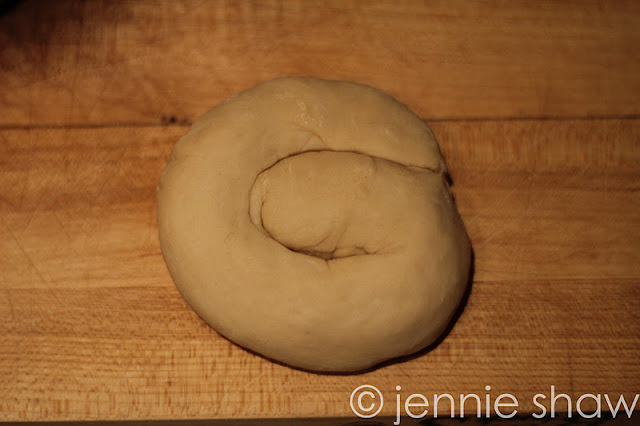 Roll into a "G" because, after all, these are Ger-gles. 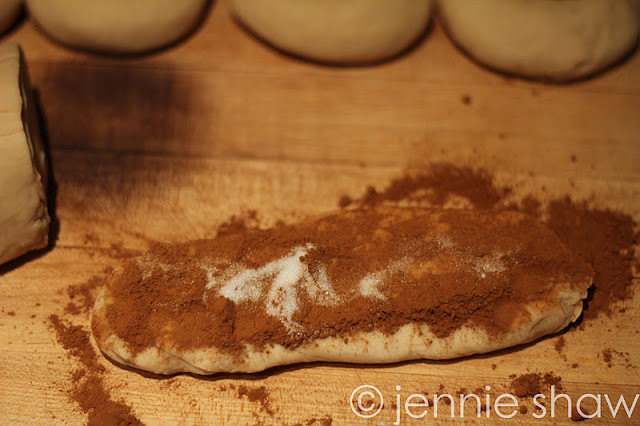 Same goes here for the cinnamon strudel. Sprinkle flattened dough with cinnamon and sugar, pinch the ends and roll into a "G." 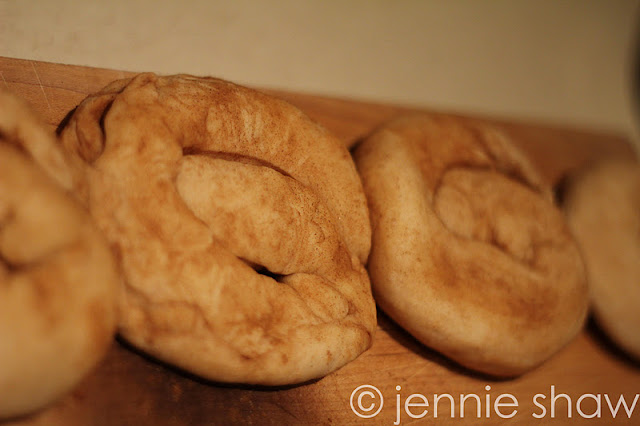 The cinnamon made it a little tricky so I used just a bit of water on my finger to seal the letter. 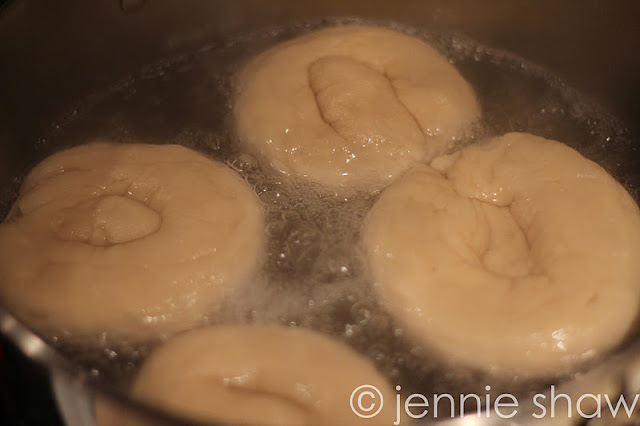 Back to the usual. Boil each side of the Ger-gels in honey water for 45 seconds. 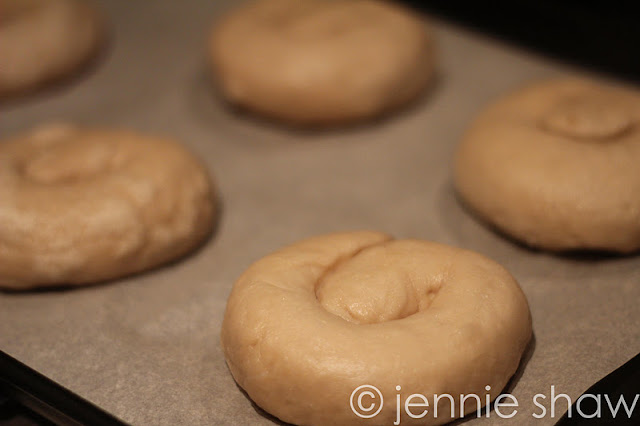 Let them dry on a kitchen towel and then put them on a lined baking sheet. 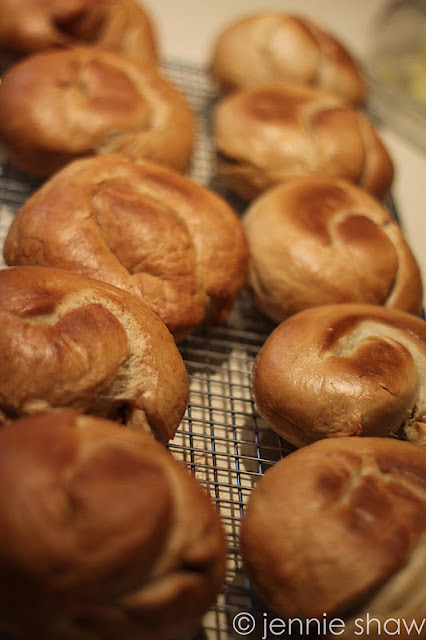 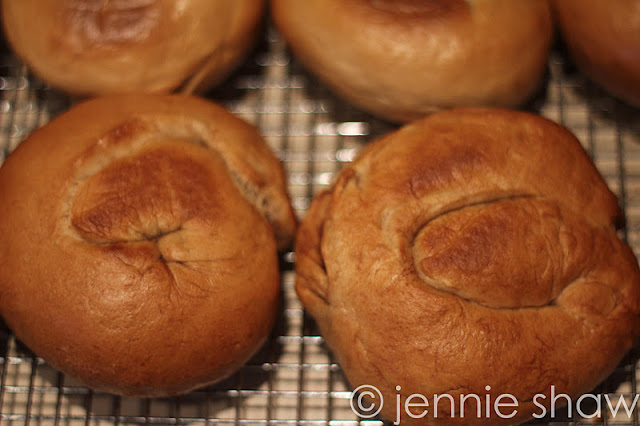