Since starting this blog, I've referred to Marc as The Hubby. After two years of the touring around the blog-o-sphere, though, I've discovered that there are a lot of Hubbies out there. Maybe they don't have the all-important "The," but they're Hubbies nonetheless.

And I'm having none of it. I want my baby's name to be more original than that.

Then I remembered Marc already HAS a nickname! And it's AWESOME!

When I was hating my life attending Carleton University, Marc would come and talk me off the ledge of my balcony visit on weekends. It was my second year and by then I had an gang of friends made up of four guys. Unfortunately, one of the guys decided not to return to Carleton and that was the EXACT time that Marc arrived on the scene. The guys loved him (because Marc's awesome) and decided that he was a perfect sub...

Therefore dubbing him The Remix
(as he ended up being better that the original member of our crew).

So, from then on (in Ottawa) he was The Remix.

I've decided to bring that back. From this moment forward, The Hubby shall be referred to as: 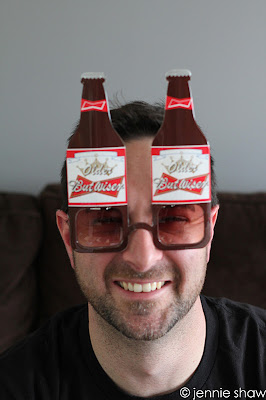