Wohoo! It's time for The Nail Files! 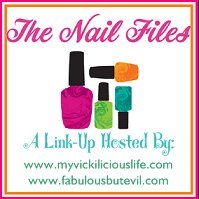 Here's what I used this week: 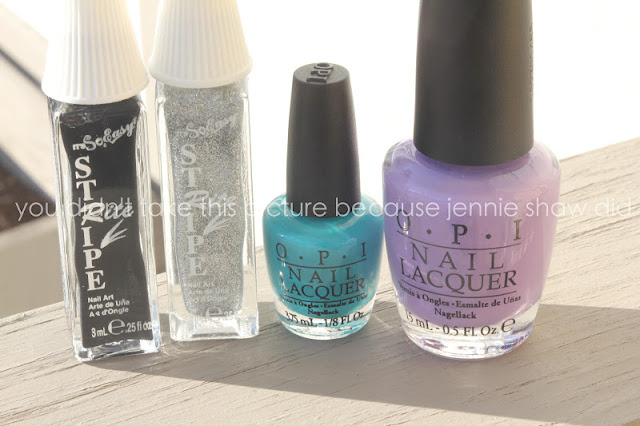 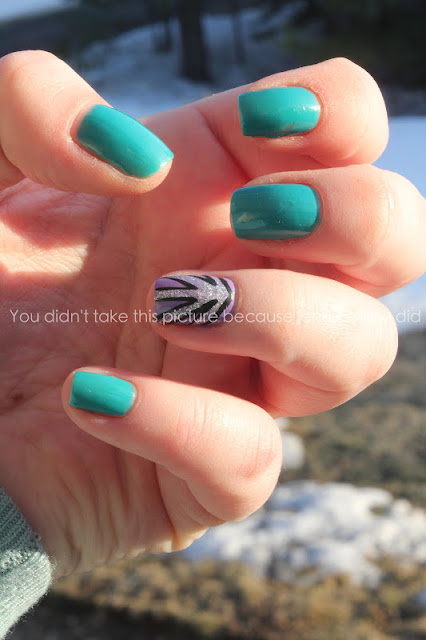 First, I did two coats of OPI's Fly and then two coats of Do You Lilac It? on my accent finger. I'd planned on just doing a few silver stripes but...well...then things got slightly out of control. Even though the stripes were thicker than I planned, they weren't super defined so I outlined them in black.

I totally think it makes my accent finger look like a Mexican wrestling mask.

*climbs up on ropes*

*launches self with flailing arms*