Another slow cooker gem from Pinterest. I really don't know how I survived without either for so long. 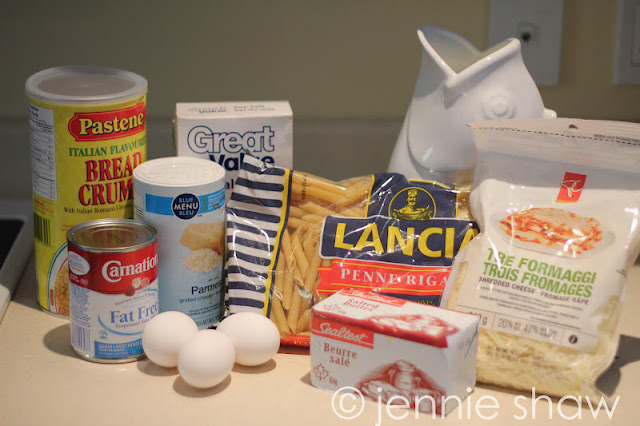 The stuff you need to make this delicious thing:

** So, after following the directions, I have a VERY hard time believing this recipe was designed for two people. Two sumo wrestlers, maybe. This recipe could be split in half, or thirds even (it's hard to have half of an egg).** 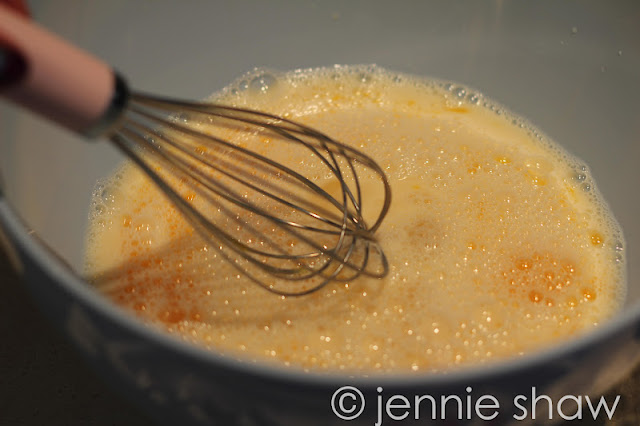 Take the milk, evaporated milk, melted butter, eggs and salt and whisk until well blended.  If you wait a little too long to add the melted (and cooled) butter then you have to be very enthusiastic with your whisking. Not that I'd know what that would be like.

BEFORE you add anything to the slow cooker, spray the entire inside with non-stick spray. If you don't, then you'll lose all of the delicious crispy edges because they'll be stuck to the stupid inside  of the stupid slow cooker because you forgot to spray the stupid spray...not that I'd know what that would be like, either. 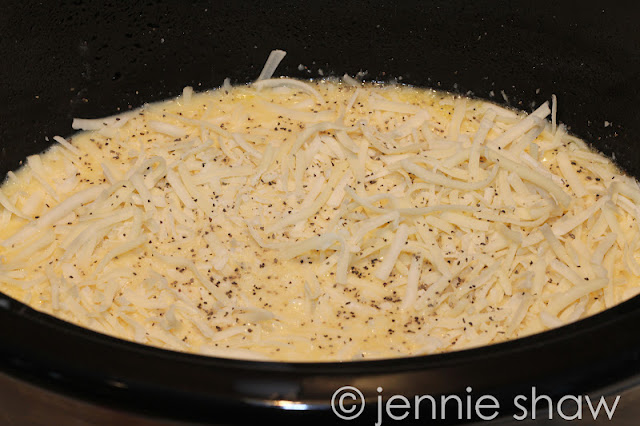 Pour in the liquid mixture, and add the shredded cheese and pepper. 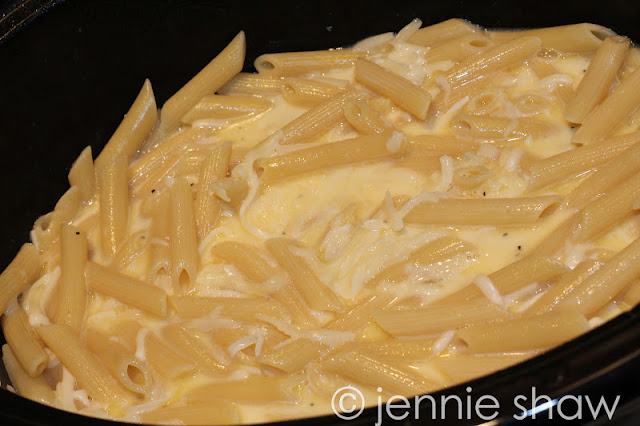 Then mix in your half-cooked pasta. This recipe called for elbow macaroni but...well...I didn't have any. Penne, though, I had two bags of. I followed the same concept of cooking it halfway. 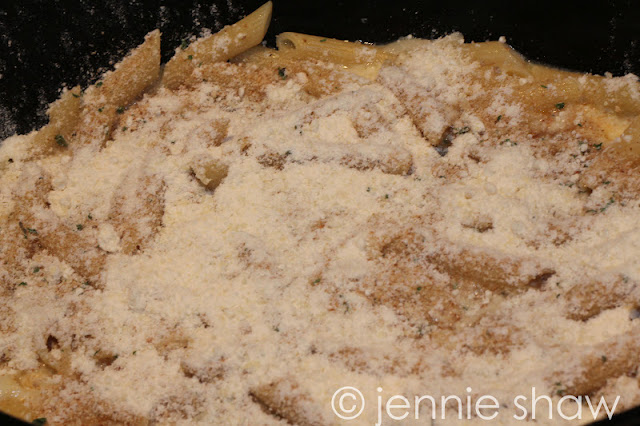 After the pasta is as coated as you can get it, sprinkle the bread crumbs and parmesan cheese on top. Here's where it gets a little tricky. Cook for 30 minutes on high and then 2 - 2.5 hours on low. Seems unnecessary but it makes the cheese nice and crispy around the edges. 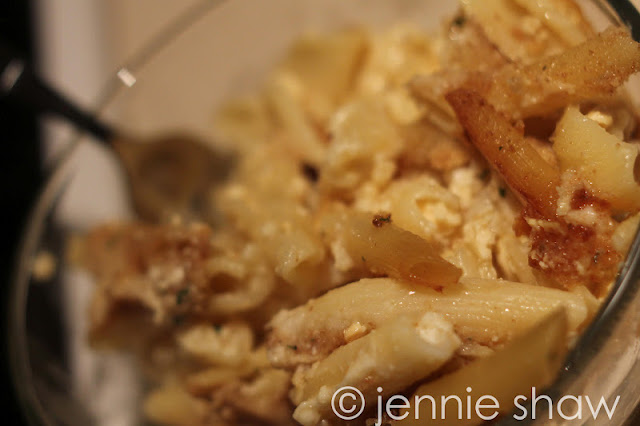 And VOILA! The breadcrumbs are a great addition and I'll probably add more next time. The penne worked out perfectly and The Remix had two servings for supper and then took leftovers for lunch. That's the real sign of a good recipe.

But seriously, spray the inside first. The slow cooker took FOREVER to clean....You've been warned (twice, actually, so if you forget, it's totally not on me...haha!)