I Guess Pickle Really Is A Terrier, After All


Before they were toted around in leather handbags and donned with fancy bows, Yorkshire Terriers were predominantly bred to be "ratters." Their small size and sense of smell made them the premier rat-killing choice back in the day, and the breeder we got Pickle from told us that he would be a "tracker by nature" and that we would have to take extra time to get him to walk properly on a leash because his instinct would be to keep his nose to the ground and follow whatever trail he could catch.

Here's the deal though, Pickle is pretty much the worst smeller...well...ever. Unless it's DIRECTLY in front of him, Pickle doesn't see it. Okay, to be fair, sometimes he looks like he's smelling things but only after years of watching Pepi - the tracker extraordinaire of our family (although there's a good chance that Pickle's just learned to fake it). This weekend, though, only months before Pickle's sixth birthday, he finally proved the breeder right.

We're in the middle of our Happypants Renovation, which means that there's a whole lot of crap on our front lawn. Piles of wood, scaffolding, roof shingles, siding - a whooooole lotta crap. Saturday morning, we let the boys out for their morning bathroom break. Normally, they do their business quickly because they get their breakfast when they come back inside.

When I heard scratching on the door, though, it was only Pepi. I called Pickle but he didn't come. Fearing that he had been eaten by a fox (which I worry about constantly), I put on some sandals to investigate.

When I found him, I had no choice but to go back inside and get my camera because he was freaking the eff out. 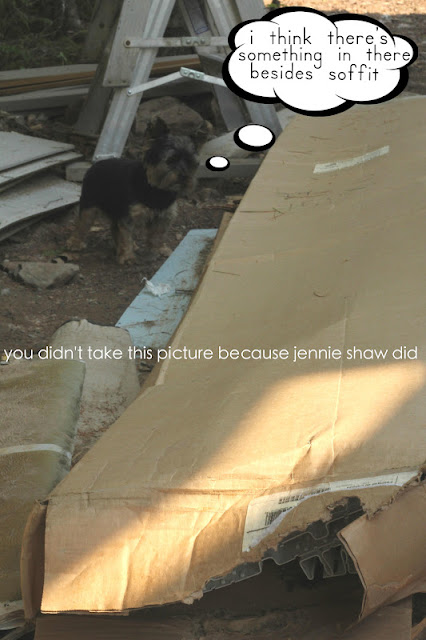 Pickle, whining while staring at a box full of soffit. 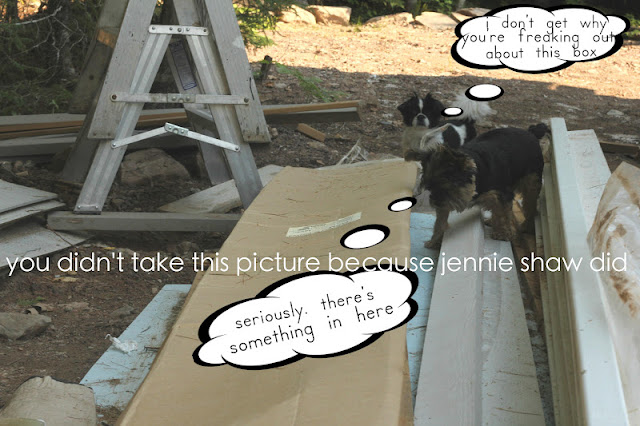 Pepi came back with me but really didn't understand what all the fuss was about, which made me think that Pickle was losing his mind for no reason. 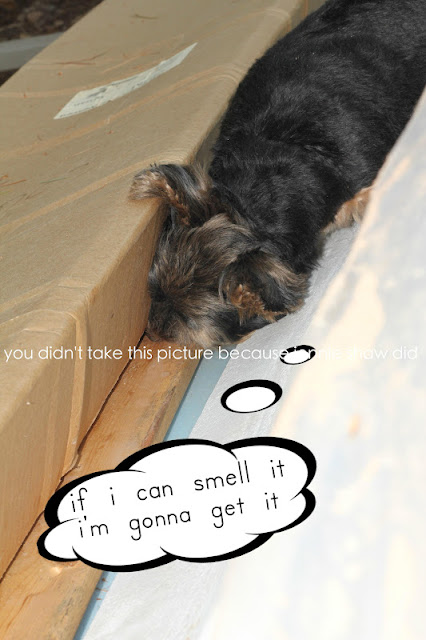 He shoved his nose right against the box, moving slowly but surely from one end to the other. It was really funny to watch. 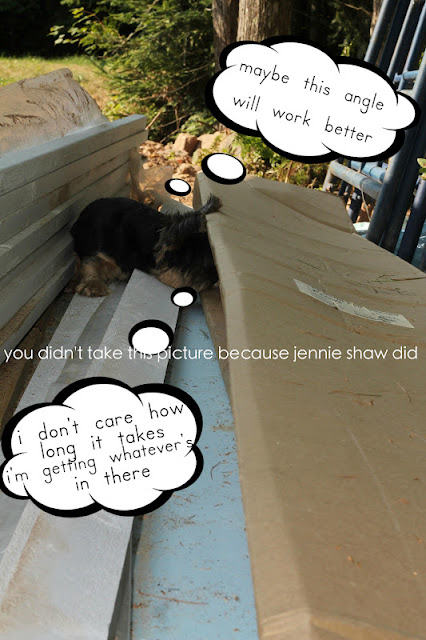 Keep in mind that the entire time I was outside, I didn't hear or see anything. 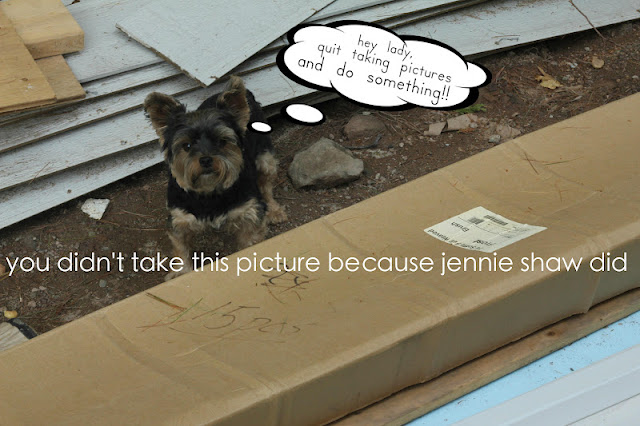 This is when I got The Remix.

I got started on breakfast while The Remix took over. Then he came back inside.

"There really is something in there! Don't let the dogs out!" he said just before slamming the door. 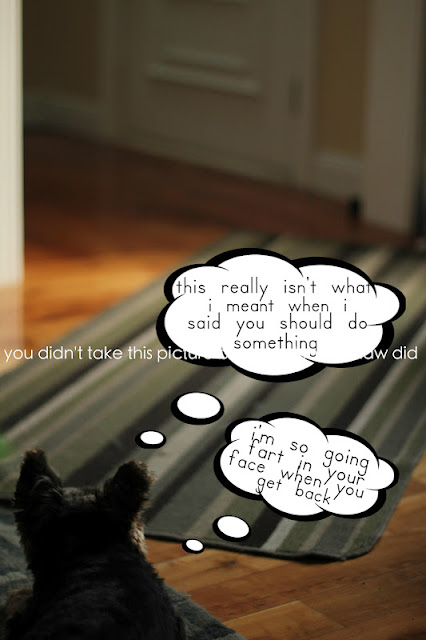 A few minutes later, The Remix came to get me.

Back by the box, he pointed to an empty planter we had in our backyard and this is what I saw: 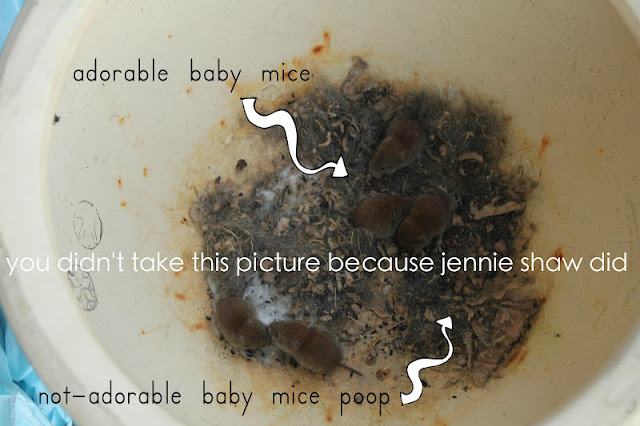 The Remix had turned over the box and found a nest, which he dumped into the planter because "there wasn't a mother but she'd be back soon" and The Remix wanted to keep them safe.

Side Note: Whenever he does something like this, my heart swells. How can it not? 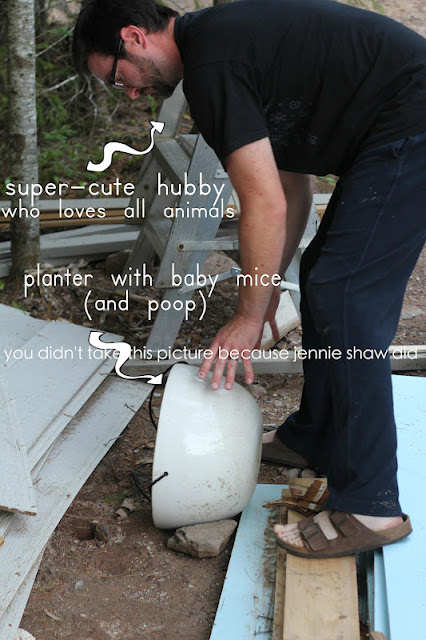 So, to make sure that the baby mice could find their mother, he tipped the planter on it's side so they could run out when she came back.

After The Remix's Save The Field Mice Project, we had breakfast. The whole time, Pickle was scratching at the door and the second we let him out, he ran for the box. The mice were gone but that didn't stop Pickle from smelling, whining, and digging against it.

And for the next two days, that's all he did. Seriously! Even now, the box is gone but he's still in the same spot...sniffing.