The Nail Files: A Mermaid at Wimbledon 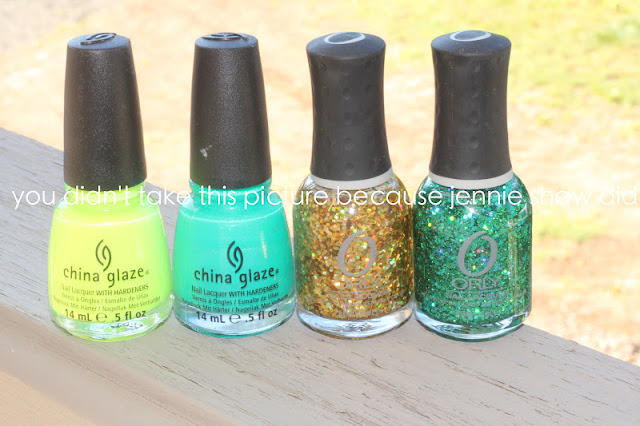 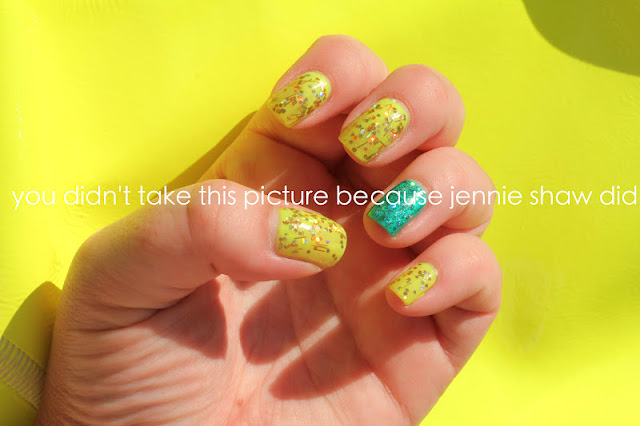 I just can't get enough of the neons. Even though they streak like crazy and sometimes take three coats, I don't care! They're my favourite AND I LOVE THEM! And Celtic Sun isn't an exception, except I would have called it: Tennis Anyone? because it's the exact same colour as a tennis ball.

The ORLY sparkles were marked down at Sally's and I'm SO HAPPY that I splurged and bought these two.

Sashay My Way is the best gold sparkle of life because it has THREE different kinds! Half of the circles are plain while the other half have holographic stripes and man, do they ever shine when the light hits them. And having the narrow strips give the polish even more dimension. Plus, it's called SASHAY MY WAY.

And don't even get me started on Mermaid Tale. If I could coat my house in it, I would.