My Insane (yet completely rational) Fear Of The Gas Light 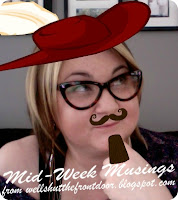 On Sunday, The Remix and I decided to drive to Bangor, Maine, for an International Day of Fun and Excitement (read: a trip to Target and Denny's). He was craving delicious pancakes while I wanted to pick up some finishing details for our new bedroom. And copious amounts of $1.99 nail polish.

The Remix did some quick math to figure out how much gas we'd need to get to there without having to stop and figured that we'd be fine with just under half a tank. The next day, we were up bright and early to start our drive.

The morning was lovely: 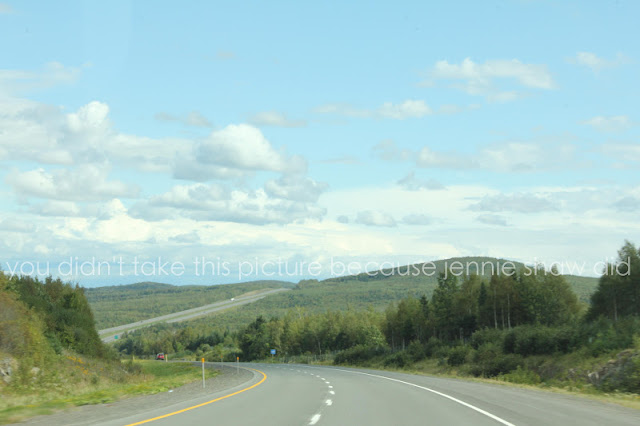 A couple of hours later, with thoughts of scrumptious deep-fried balls of pancake batter dancing in our heads, we passed a sign that said it was less than 30 miles until we reached our destination.

But then I noticed that there were only two bars of gas left.

Side Story: When I was a child (maybe around 8 or 9 years old) my Mum was driving my brother and me around when we ran out of gas. Although the details are fuzzy, I DO remember my Mum having a fairly intense emotional breakdown on the side of the road (who could blame her) while we waited for a VERY LONG TIME for a tow truck.

You know that scene from Adventures in Babysitting when they arrive at the garage and a Thor-like mechanic tries to fix their flat tire? That's pretty much what happened (minus the Thor).

If you don't get this reference, do yourself a favour and watch the movie. It's awesome.

Anyway, because of this traumatizing event, I have a somewhat insane (yet completely rational) fear of the gas light. And that, combined with the meds I take, make me super-fun on longer road trips.

Me: Hey babe, there's only two bars of gas left. I can't use my phone because of the ridiculous roaming charges so I don't know where the closest gas station is but we better pull over at the next exit.

The Remix: No way. We've got a ton of gas left. Each car has a reserve tank so we'll be fine. Just keep taking pictures of deer on the side of the road and we'll be there in no time.

Me, after hearing The Remix's claims of having "lots" of gas left despite all evidence to the contrary:

Me: You've said that before but we both know that you're a liar.

The Remix: It's true. I used to work at a car dealership. I know what I'm talking about.

Me: So then you know that know that cars really can run out of gas. Stop acting like those girls on Teen Mom - they think they won't get pregnant but guess what? They ALL get pregnant. Just like we're going to end up on the side of the road and it'll cost us thousands of dollars because of all of the roaming fees plus the actual gas that will probably come from the exit we just passed.

The Remix: You're really overreacting. There's only 25 miles until we get there. Focus on the pancakes.

Me: Fine. But when we're on the side of the road, I'm not going to be able to stop myself from wagging my finger in your face while crying about how it's all your fault because you refused to stop for gas.

Me, unsuccessfully trying not to look at the gas bars for the next seven minutes:

Me, when the gas light turned on and we were down to one bar:

Me: Babe. Seriously. Please pull over at the next exit.

The Remix: Of course we will!

Me: I think I'm going to throw up.

The Remix: Then roll down the window.

Me: You're not funny.

Me, when there are no bars left and we've just passed another exit:

Me: Please. Pleasepleasepleaseplease pull over. I don't want to spend all day waiting for a tow truck. I'm hungry and want to buy many $1.99 nail polishes but we won't have time for that if we're stuck on the side of this highway, waiting for someone to bring us some gas because you grossly overestimated the theoretical reserve tank which we both know you're just making up to try and appease your wife as she has a nervous breakdown that could have been totally avoided if you would simply would have gotten off the highway.

The Remix: Fine. We'll take the next exit.

Finally, we got off the highway. The sign said to turn left but there wasn't a sign that said how far the station was from the road...

And then we saw the gas station and everything was okay again:

Approximately three minutes later, with a full tank of gas, we arrived in Bangor. And because The Remix wants to remain my legally-bound-spouse, he didn't say one damn thing about it.

Compromising - it's what marriage is all about.