You know what's awesome about living in a small town that only has one Sally's and therefore if you're a minor nail polish addict, the staff sort of become your friends?

Those friends give you teeny sneak previews of upcoming polishes.

And the ones for October were freaking amazing!

So because of there being too many options (yeah, I bought six...but two were free so technically, I only bought four), I decided to wear them all (with the exception of two because I didn't have enough fingers...okay, so those other two colours are on my toes. haha!) 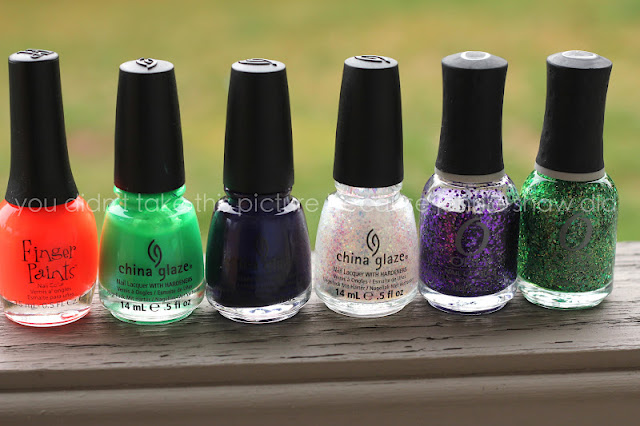 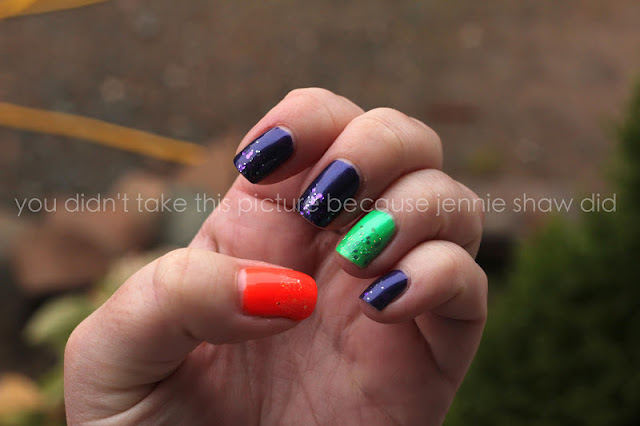 Two coats of Iconic Orange, Bizarre Blurple (haha, such a funny name--just say it out loud!) and In The Lime Lite. Then one 1/2 coat of Make a Spectacle (like the Hunger Games' Luxe and Lush but with circles instead of jaggedy pieces) Can't be Tamed, and Monster Mash.

I think they look Mardi-Gras-ish but others have said that they're more Halloween-y. Either way--I love them! Also, I took this picture this morning and after six days, there isn't one freaking chip! Love that China Glaze Patent Leather Top Coat!