The Nail Files: Some Day Your Froggy Prince Will Come...and That Day is Today.

My in-laws rolled into town on Wednesday and between hitting up all of the tourist hot spots that New Brunswick has to offer, specifically: The Covered Bridge Potato Chip Factory and the Saint John Reversing Falls, we've spent our nights hanging on the couch.

My MIL, who I affectionally refer to as Mamma G, loves frogs so when we were trolling around Pinterest last night and found a mani with a frog and crown, it was a done deal. Truth be told, I was a little nervous as it was my first time doing nail art on someone other than myself, and even though the froggies aren't perfect, I'm okay with how they turned out (Curse my shaking hands! Haha!) 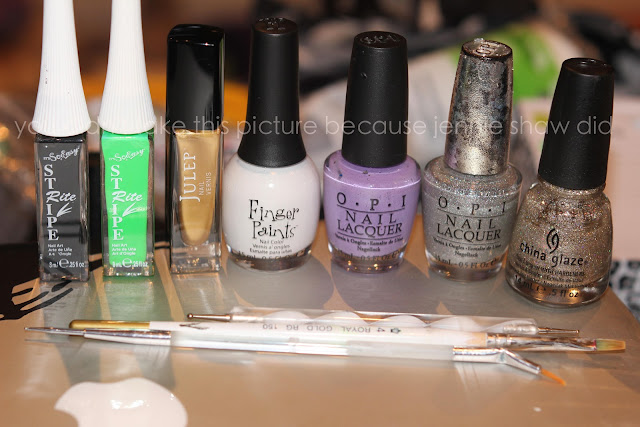 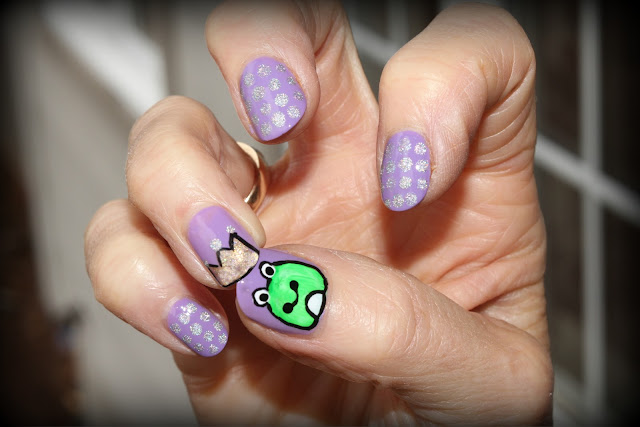 One coat of Don't You Lilac It? to start on all nails.

The Frog: I mixed the Green with Paper Mâché and did two coats for the frog body (with a flat brush). Then I used Paper Mâché and a medium dotting tool for the eyes and the skinny brush for the bottom half-circle. A small dot for eyeballs with Black and the sides of the mouth, and then I used the brush that came with the Black to outline the whole frog and do the mouth. Believe it or not, this is the first try!! BAM! (haha--this is a may-jah accomplishment for me as it usually takes one hundred two or three attempts.)

The Rest: One additional coat of Don't You Lilac It? and then dots with DS Coronation (small dotting tool). 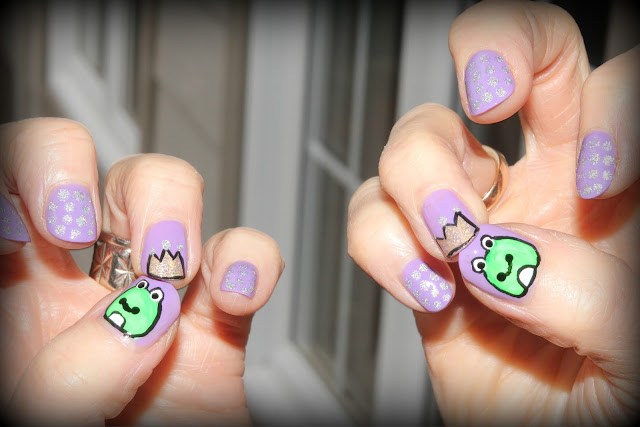 Man oh man Nail Filers, it is ONE MILLION PERCENT easier to do nail art on someone else's nails. Seriously, it made me want to paint fake nails and then just glue them onto mine. I kid, I kid...sort of.