A few nights ago, I was trolling the internet and found a link for Oprah’s most recent Favourite Things episode. Now, I was slightly confused as I thought that Oprah had gone off the air but that’s really neither here nor there. As I read about all the fancypant presents that Oprah would be giving her audience of military spouses (ballin’ idea), I couldn’t help but wonder (haha)….what would I give away if I had the opportunity? I mean, I often get complimented on my somewhat eclectic fashion sense, and my plethora of funny home furnishing ideas, so really, if money were no object (read: corporately sponsored), I’m pretty sure that I’d (lovingly) kick Oprah’s butt (I can’t say “ass" because it’s Oprah).

Side note: Sometimes I’m competitive with people who aren’t aware that we’re competing.

Additional side note: I often win.

Oprah picked 60 items and…well…I’m not going to do that as I’m not sure if I could think of 60 favourite things. I mean, that’s a lot of stuff! SIXTY favourite things? Who has that kind of time or disposable income to be able to try out that many new things?

(Oprah. The answer is Oprah.)

Since I'm not Oprah, I've put together a much smaller list.

So, in no particular order, here are my current favourite things:

Here's the deal: I freaking LOVE my gurgle pot. Not only is it really pretty but, when filled with liquid (we use it for milk) it makes the most glorious gurgling sound as it pours out. Hence the name: Gurgle Pots. They also make a really cute vase.

Do you live in an urban area and have little access to campfires, therefore living in a perpetual state of s'more craving? Then this little contraption is for you!


I gave my Baby Brother one of these puppies for his birthday this year and, after personally sampling a few, I'm able testify to its awesomeness. In less than two minutes, the marshmallows are perfectly browned and oh, so gooey. The little stakes rotate themselves so it's as easy as setting the timer and walking away. Of course, it's probably not the best idea to just walk away but the self-rotating stakes give you just enough time to prepare your graham cracker and chocolate.


The company's called Nostalgia Electrics and they also make popcorn and cotton candy machines, which I have my eye on, obviously.

This paint has been blowing up all of the home fashion magazines this year and it's for good reason--it's amazing! We painted our main floor bathroom with it and it's pretty much the best decision we've ever made. It's our go-to place to leave notes for each other, make countdown calendars for special events, and when we have a party, everyone contributes to a theme (under the sea, a ski hill, beach vacation). 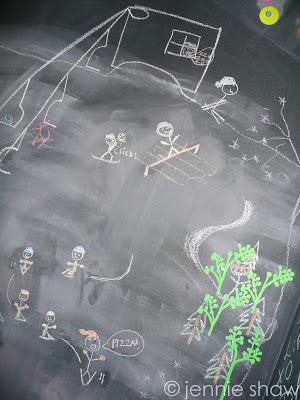 Excuse the dated watermark, I was too lazy to change it.


The paint comes in a variety of colours and can be found at The Home Depot. And if you want to take it to the next level, prime the walls with a magnetic primer! Yes, magnetic primer.

I.love.this.bag. When I got my fancy Canon T2i a couple of years ago, I was sad with the boring camera bags that were available. Why can't there be a camera bag that looks like a cute purse? I wondered. And then, I discovered Kelly Moore camera bags and everything changed. This is the one that I have (a present from my Baby Brother). She's a Mimi and I LOVE that she's functional and fashionable. There are a ton of different styles to choose from and there are constantly introducing new colours. The inside of the bags are soft and each one comes with velcro dividers so you can customize the layout to suit your needs. Total genius.

5. Books: Gone Girl, Let’s Pretend This Never Really Happened, Yours Truly, Kissed in Paris, Between The Lines. Click on the titles to read my reviews on why they're so awesome. Err...and then go buy them.

I love french fries. Repeat: I.love.french.fries. However, I also like my size 8 jeans and unfortunately, the two don't go hand-in-hand. Or do they? The acti-fry is unbelievable as it takes a mere tablespoon of oil for up to FOUR servings of fries! And they're DELICIOUS! Not quite the same as traditional deep fried fries but certainly crispier than ones baked in the oven. Sometimes we use it to make pineapple chicken curry, but it's mostly for the fries. They're hella expensive but totally worth it as we're able to have fries WAY more, which makes my belly (and waistline) happy. 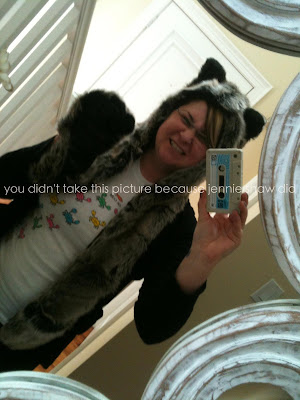 Living in Eastern Canada means that there's a ridiculous amount of snow. As such, it's important to never leave the house without a hat, scarf, and mittens. Now, if you're like me, that's a lot to remember. Just grabbing my purse and phone is, at times, challenging. So when I found this AMAZING hat/scarf/mittens combo, designed to look like grey fox, no less, I was sold. Not only is the Spirit Hood super warm and wind resistant, but if you buy one with a ProBlue Label, a certain percentage of the proceeds go towards conservation efforts for the animal that you purchased! A double-win!

I'll admit that the fur looks real but rest assured that it is NOT. Sometimes, I get the stink-eye when I'm walking down the street and I'm forced to cry out: "It's FAUX! Don't throw red paint on me!" And, granted, there's been a handful of times where the stink-eyer has run away in fear but the point is that I'm warm and toasty as I run after them, professing my love for animals.

There are a whole bunch of animals that you can choose from, just take a look around the Spirit Hood website! 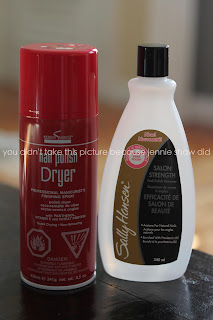 Nail polish colours are subjective (for instance, I hate red) but there are a couple of products that I think any die-hard nail polish enthusiast needs to have. First, it's a speed dryer. I've tried the drops, the OPI mist sprays, fast-drying top coats--a whole whack of different products. The Beauty Secrets' Nail Polish Dryer is HANDS DOWN (ha) the best I've tried. Be warned, it smells like moth balls, but when I'm attempting a new nail art design, spraying my nails between each coat with this stuff makes it dry, almost instantaneously. Just remember to go outside to spray. The only place I've seen this for sale is at Sally's Beauty Supply Outlet and it only costs $5!

The second is Sally Hansen's Salon Strength remover. I love using dark, and highly pigmented colours and when I take the polish off, it often stains my skin. And rocking light blue skin just isn't something I want to do, or anyone would really. Well, except if your Daisy Smurf, that is. This very inexpensive polish remover gets rid of mega colourful polish in no time flat AND it's AMAZING at getting rid of sparkles. The remover can be found at Wal-Mart. 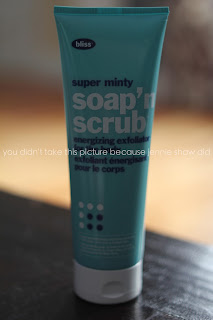 If you're like me, the mornings can sometimes be a slow start but with Bliss Super Minty Soap'n Scrub, my eyes perk up in an instant. I adore the scent of mint and this is the mintiest of all the mints. There's a disclaimer on the tube that it's super minty and trust me when I say that you do NOT want to get this stuff near your eye. It happened by accident once and it was the burn-i-est of experiences. That said, there's no better way to wake up than slathering yourself with delicate minty grains that polish your skin. Throw on some moisturizer afterwards and you'll be sprinting out the door!

So there you have it: my favourite things!! YAY!!

What are some of your favourite things? I'm always on the lookout for new and fun things so if you have any in mind, please share!