My Dogs Are Traitors But I Win In the End

(Not At All Bitter) Evidence:

(a) Pickle ALWAYS gives The Remix kisses; I get none. Okay, not NONE but a fraction of the amount that he gives The Remix. Like, for every kiss I get, The Remix gets 2,305. I'm no math genius, but that's not a great percentage.

(b) Pickle will give me "the eyes" to lift him on the couch, where he will proceed to walk directly over my lap and nuzzle next to The Remix. Apparently, he doesn't want The Remix to exert himself.

(c) Every morning, I wake up to Pickle's ass in my face as he gives morning kisses to The Remix. Yes, this is kind of an extension of (a) but since it involves his ASS in my FACE, it gets its own point.

(d) Pickle and I will be involved in a serious game of fetch when he'll totally ditch me and beg The Remix to play. 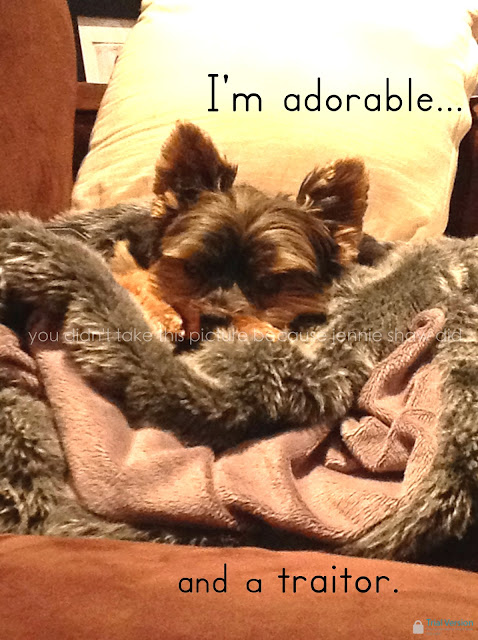 Over the last six years, I've learned to accept Pickle's preference. Yes, it still smarts when I'm blatantly overlooked but I've gotten over it (not really). There is one thing that makes me feel better, though. And that is furbaby #2, Pepi. When Pickle was two, we adopted Pepi after we were at an animal shelter and Pepi licked The Remix's nose (sound familiar?). Obviously, The Remix fell in love but I had doubts. After all, I already had one furbaby who thought that The Remix was The Most Amazing Human Ever while I was just Some Lady Who Wants To Pet Him. I really didn't need another. But, The Remix insisted, and Pepi was pretty cute, so we adopted him.

Imagine my joy when Pepi turned out to be my little buddy. He loves being close to me, naps with me in the middle of the day, and gives me all of the kisses I can handle. Sometimes, even too many kisses. Yeah, I can't believe I wrote that either. After being deprived for so many years, it seems contradictory but he'll legit lick me until I make him stop.

Well, all of that's over now. My worst fears have come to fruition.

The Remix has been sick for the last couple of days. And when he's sick, he sleeps upstairs in another bedroom (because I don't have much of an immune system). Normally, Pickle will sleep with him and Pepi will sleep with me but, last night, PEPI CHOSE HIM!

"Wait? Where are you going? Don't you want to sleep with Mommy?" I asked, somewhat desperately from the bottom of the stairs.

He looked at me through the railing, thinking about it, and then RAN INTO THE EXTRA BEDROOM, following his brother. 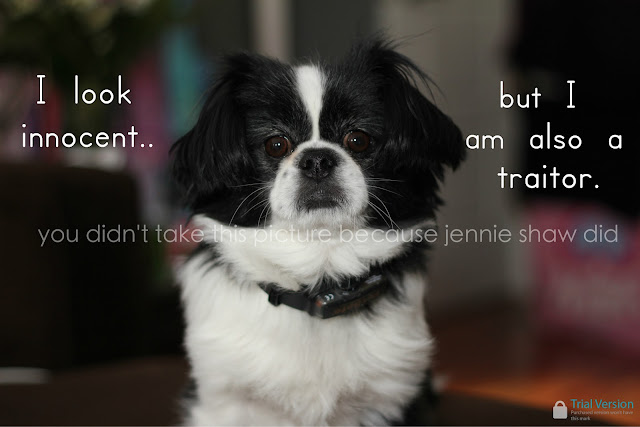 Have I mentioned that I spend ALL DAY at home with these guys?! ALL DAY, EVERY DAY! Toys, treats, food, walks (in the warmer months), opening and closing the front door one million times...it's all ME!

Traitors, I tell you.

So, with exactly NO company in bed last night, I was sad. That is, until I realized a few things...

First off, I didn't have to be on one side--I could be right in the middle of the bed! Secondly, there was no blanket hog situation. Normally, Pickle's under the covers next to The Remix while Pepi's on top of the covers, pinning my feet in place. But, last night, NONE of this happened! I was totally spread out and in non-confining duvet heaven.

The Remix is still sick today. In fact, he stayed home from work and will probably stay home tomorrow, too. And that means that he'll be rocking the bed in the guest room again. But tonight, I'm not so sure I'm going to be disappointed if/when my traitorous dogs abandon me again. In fact, they may be banned from the bed all together.