The Guinea Pig Diaries: A Cupful of Silver Linings

I had a fantastic post planned for this week but since Future Shop is holding my laptop hostage UNTIL THE END OF TIME (or, at least that’s what it feels like) I can’t get pictures off of my phone. Stupid freaking Future Shop.

Small Rant: They’ve had my laptop for three weeks and when I called to check on it (as they said it’d be one to three weeks) they told me the timeline they gave me was an AVERAGE and as long as they have it back to me in S-I-X-T-Y days, they’ve honoured their contract. Lesson from this nonsense:  I should’ve bought Apple Care.

So, I’ve been trying to think about something I can write about. Between revising my latest MS like a crazy lady for a contest that starts next Monday (which I’ll blog about then) I haven’t exactly been swimming in time—it’s been more like wading ankle deep in a puddle of minutes. But then, an idea struck me. I know that I said that I’d use The Guinea Pig Diaries to talk about the emotional and physical components of being in a drug study but since I’m a die-hard optimist I thought that I’d point out one of the few silver linings that being a sicky face has brought me.

Yes, ladies and the few gentlemen who read this blog. I just wrote boobs.

Ever since I was little, I've boobs on the brain. Maybe it was the fact that I was super active, but I was always on the boob-light side of things. In Grade Seven, there was this mean boy named Craig who would pat the wall when I would walk by saying, “Jennie? Is that you.” Yeah, whatta dick.  And my Mum wouldn’t let me wear a bikini because until I had something to hold it in place (which, in retrospect was fair) so while all of my friends ran around in their cute bikinis, I was stuck in a tank-i-ni which isn’t even almost the same thing. In fact, I think that they cover even MORE than a one-piece. Thankfully, by the time I hit Grade 10, I was able to somewhat fill out a shirt. Barely.

Pre-sicky-face, my boobs were like a pessimistic glass, as in, a glass that was half empty. I clung to the belief that anything over a handful was a waste but that didn’t stop me from longing for a glorious handful-and-a-half. Heck, maybe even a handful-and-three-quarters. After all, I have broad shoulders so my frame could've handled more than my Baby B-cups. Yeah, not having to wear a bra all of the time was cool, but  strapping those babies into a severe push-up bra to actually have some semblance of cleavage was a tedious job. Ugh.
But in the four years that I’ve been on daily steroids, I’ve swelled from Baby B’s to Double-D’s, like a second puberty without getting any taller.

May I present pictorial evidence: 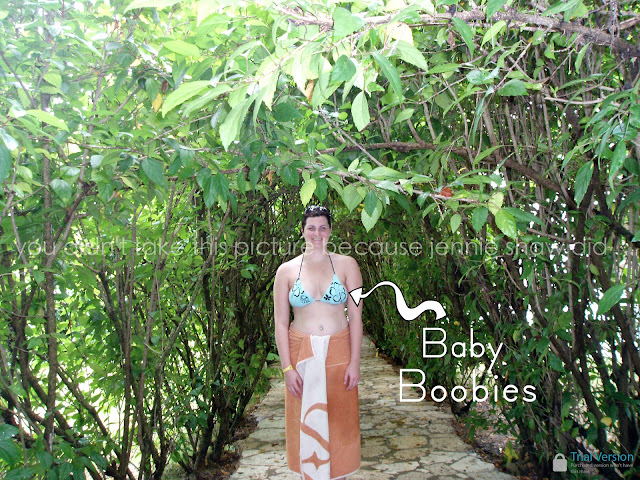 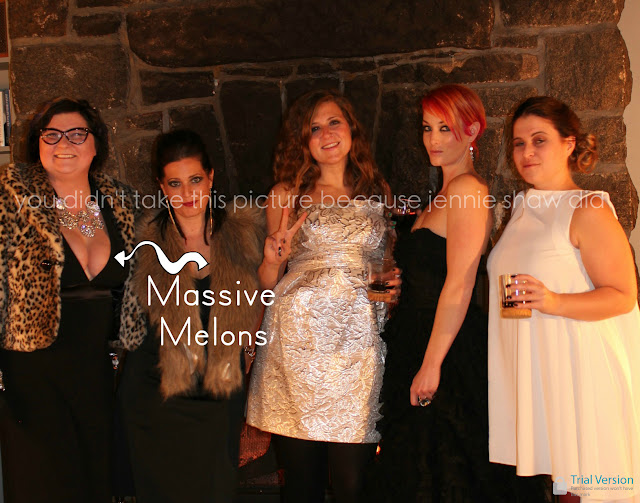 The after effects of steroids, October of 2012.

So for now, I'm an official sweater stretcher and although my back hurts from time to time, there’s nothing like having a gigantic rack. Not only do I have previously longed-for cleavage with little effort, but big boobs distract from other parts of my body that have plumped up with the steroids. I'm not sure what state they'll be in when the steroids are no longer part of my life (which will hopefully be sometime this year, eeeeee!) but for now, I'm going to savour the moment.