The Nail Files: All the Right Angles 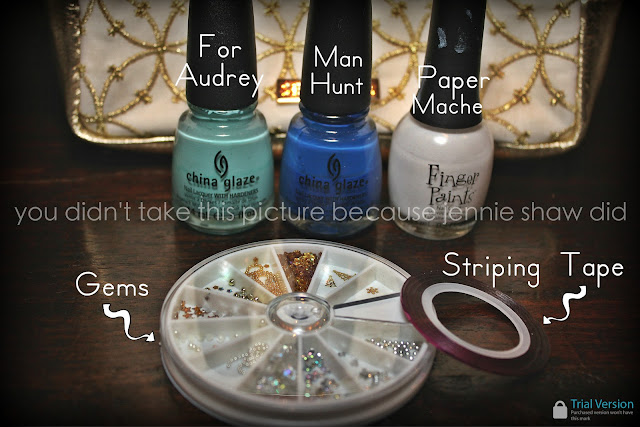 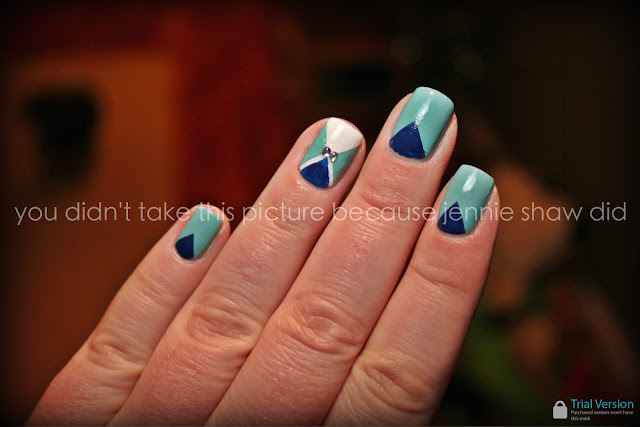 Step 1: Two coats of For Audrey on all fingers except feature finger, which got two coats of Paper Mache.

Step 2: Wait for this polish to dry for at least two hours or it'll probably peel off (as I learned the hard way...grrr).

Step 4: One nail at a time (except feature), fill the bottom triangle with Man Hunt. The Pinspiration instructions said to use a dotting tool but that didn't work for me because the polish didn't go on very evenly. So, I used a smaller brush and that worked better. Not perfectly, but better.

Step 5: Remove the tape right away or the polish will peel (as I learned the hard way, again...double grrr).

Step 6: Fill sides of feature finger with For Audrey and bottom with Man Hunt.

Step 8: Let dry and then add a cute little gem on the feature finger where the points meet.

Step 9: Gob on the top coat so the gem stays on.

So, this mani was pretty labour intensive. Mostly because the freaking polish liked to ruin my life peel off. I love it, though and now that I've learned the tricks, would totally do it again.