The Nail Files: Pretty as a Peacock

I spent last weekend in Toronto and it was a special enough occasion to break out Penelope, my rhinestone peacock bracelet and even though she bit me, I still love her (barely...haha, kidding!). So when I saw a Pinterest tutorial for a peacock feather, I decided to give it a go. 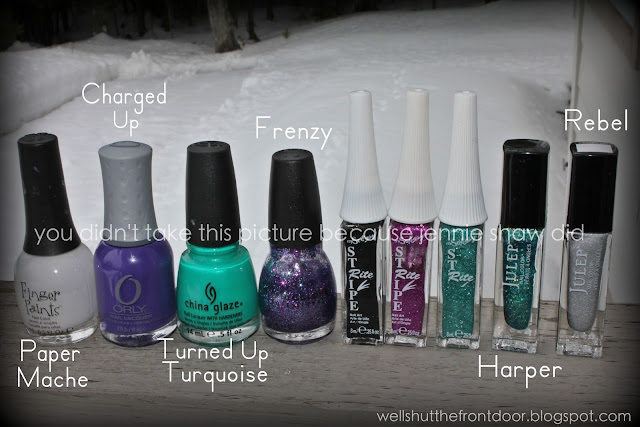 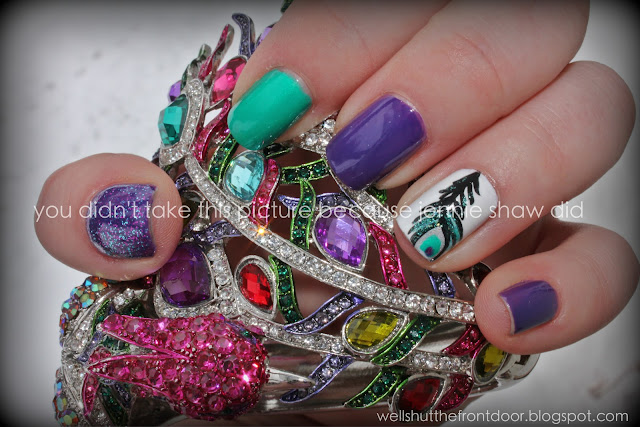 Two coats of either Paper Mache, Turned Up Turquoise or Charged Up, depending on the finger. For the thumb, an extra two coats of Frenzy.

For the feature finger, I started with the Black Rite Stripe and followed the Pinterest instructions. I used Rebel for the middle of the feather, then did Turned Up Turquoise for the smaller circle and used a dotter for Charged Up, followed by another dot of the Pink Glitter Rite Stripe. Using a small nail art brush, I first did a few stripes of the Teal Glitter Right Stripe and then a few with Harper (but only on the upper feathers).

The result? I'm in love! The pretty peacocks may all be male but I'm sure strutting around. Haha!


Thanks to Tara and Vicki for hosting!