The Time It Took Me 14 Hours To Fly To Toronto

Last Thursday, I took off to Toronto for my third shot (of six) in the drug study I'm participating in. I arrived at the airport 60 minutes before my flight in order to check my bag and then made my way to security to wait to board.

First, I'd bought a broach from Aitkens Pewter for a family friend and in my haste, forgot to pack it in my checked bag. The broach was a good five or six inches long, which meant that the pin would totally show up on the x-ray. Now, I'm no genius but if I can't take a nail file then I'm pretty sure a massive pin would also be a no-no. But then, I had a super smart idea and feverishly took off all one million six of my bracelets, most of them metal, and layered them on top of the box in my purse before gently setting my purse in the little plastic tray.

After getting a random pat down...

I watched my purse come out the other side.

While contemplating how I could start a career as a spy or smuggler, I found a seat by the gate and waited, which is when an announcement declared that our plane would be delayed because of weather. 45 minutes later, the plane arrived and we were good to go. We quickly boarded the plane, as everyone was eager to leave, but when everyone was seated, there was a loud THUMP from the bottom of the plane. Followed by an even louder THUMP that made the plane move and nearly smacked my head against the window. The airline steward announced that there was a bit of ice stuck in the lock of the luggage compartment and the ground crew was working on getting it out.

Well, after banging the shit out of it for AN HOUR, all the ground crew had managed to do was break the whole damn thing (but not the ice, go figure).

So, they asked to de-plane.

Back in the terminal, a cool two hours after we were supposed to leave, which is coincidentally the time it takes to fly to Toronto, there was another announcement that told all 86 of us that we'd have to wait for a maintenance crew to arrive to fix the plane. No big deal, right? WRONG. Because apparently, the maintenance crew had to be flown in from Montreal (for those non-Canadians, Montreal is in another province).


Our new tentative departure time? FOUR to FIVE hours from when we got back inside. Oh, and there were no other flights available until MONDAY! And we weren't allowed to leave the gate because security had gone home (yes, I live in a small town). Obviously, the smokers were about one nic-fit away from rioting and just before we could settle in for our very long wait, there was yet another announcement: our flight was now cancelled.

Needless to say, people freaked the fuck out. Kids were screaming about not being able to go to Disneyland (it's March break here) and there were more than a few business people who weren't at all psyched about spending the weekend in Fredericton.

A third announcement declared that there was another option: If we ALL called the rescheduling hotline RIGHT THEN, there was a small chance that Air Canada would send another plane. So, naturally, everyone shut up and got on their cells. Lo and behold, after being on hold for a while, the agent said that I'd been booked on another flight for 9:30 the next morning.

Yay-ish (considering it'd been a three and a half hour experience and all that happened was me having to go home and repeat the entire effort the following day).

After waiting in line for over an hour the next morning because Air Canada didn't think it was necessary to bring in an extra check-in agent to accommodate the additional 86 people who'd been delayed... 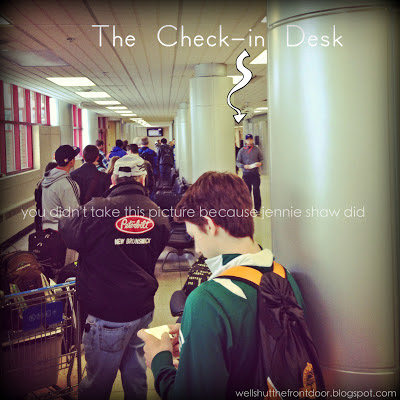 I finally dropped off my bag, got through security (sans-broach because I'd had time to put it in my checked bag) and made it on to the plane. And when the luggage compartment door closed, the entire plane applauded! Haha!!

So, 14 hours after I was scheduled to land in Toronto, I finally did. 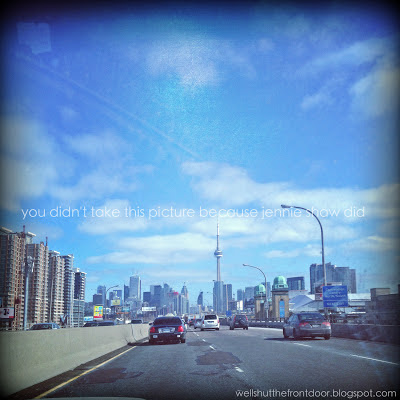 But seriously, it's more than slightly ridiculous that Air Canada didn't know how to de-ice a lock. I mean, we live in CANADA and it's WINTER! Surely, this can't be the first time something like this has happened. And the fact that the ground crew in Fredericton wasn't equipped with a contraption that can melt ice is equally as ridiculous and flying in a crew from Montreal is insane. If only there was something portable that blew hot air...