I have three pieces of hair. Okay, so maybe it's more like five, but still, that's not a lot of hair. Not even that, but it's thin, or "fine" as some like to say, which really is just a nice way of saying "barely existent." And it's only gotten worse since I've taken daily steroids. So, naturally, I've tried just about every hair boosting product I've been able to get my hands on but, alas, none have done much.

About six-ish weeks ago, I was on my way to the Writer's Digest Conference East, and was quite concerned over the state of my hair because it was a strange hybrid of a mullet and a bob. Luckily, I have a wonderfully-talented pal named Vesta (yes, Vesta) who not only makes me laugh like no one else, but also happens to be a hair stylist. It required a bit of a road trip, but since I have yet to find a fantastic stylist in Fredericton after living here for FOUR YEARS (*headdesk*), it was worth the drive. So the day before I flew to NYC, I landed in Toronto, rented a car, and made my way to Salon Cyan in London, Ontario. It was my first time going to the salon, but from Vesta's descriptions, I was in for a treat. And man oh man, was she ever right. 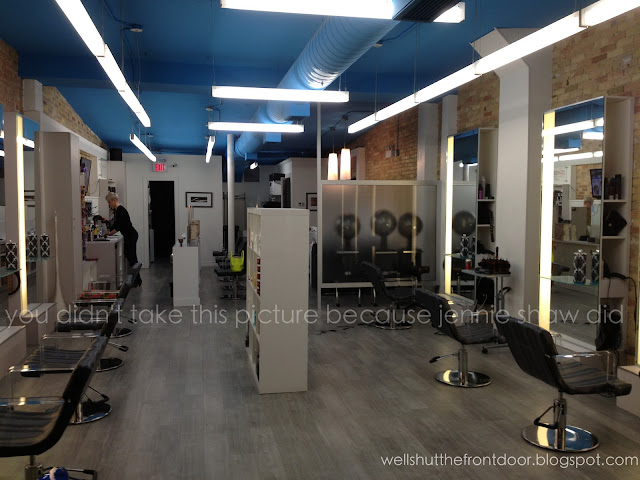 So cool, right? I freaking love me some interior brick walls and they're on both sides! 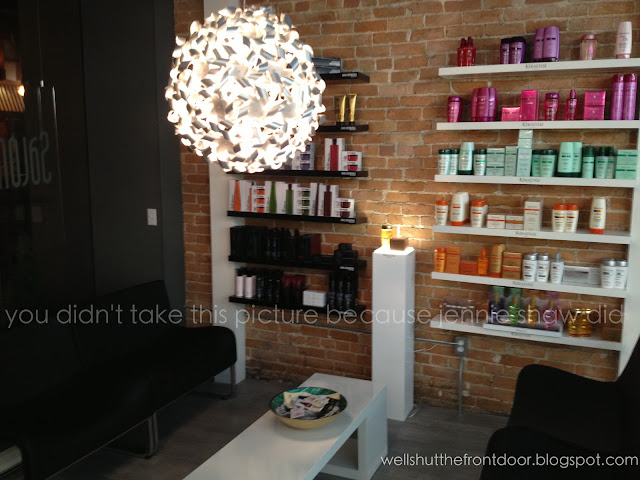 The waiting area, with products and a big, shiny ball light that I kind of wanted to touch (but didn't). 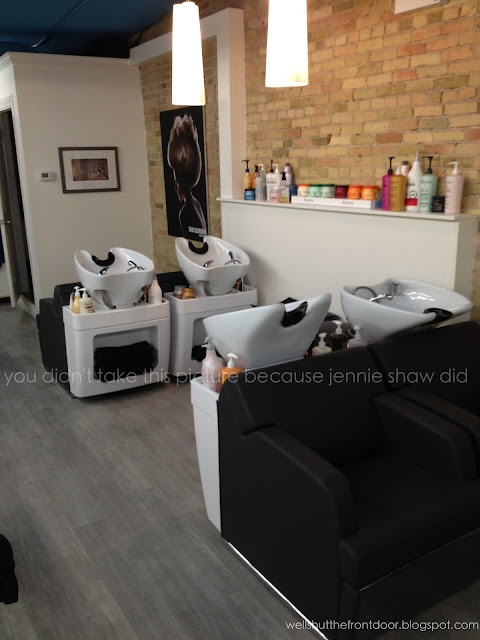 These chairs are ah-mazing. They have massagers in them, and the rollers border on affair-like with their placement in certain locations (I'll give you a second to think about what that means...haha).

Between chatting and laughing, Vesta managed to eliminate my bob-let and dye my hair the richest dark brown ever. Seriously. Best. Colour. Ever. 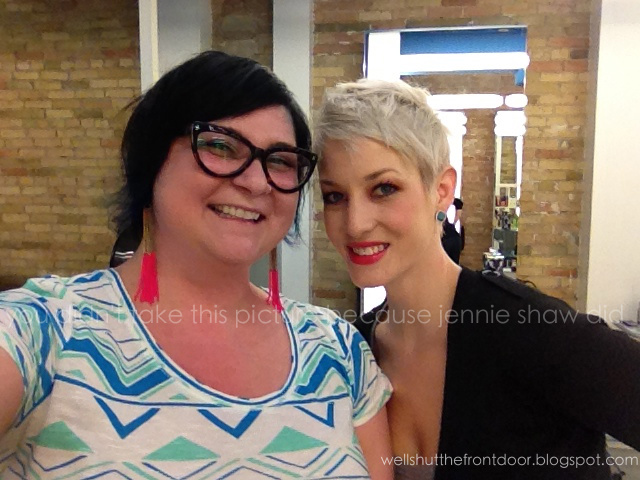 I heart Vesta. If you're ever in London and need your hair did, you really should go to Salon Cyan. It's basically the coolest place ever.

After she was finished, she told me about a new product called Initialiste by Kérastase, which is supposed to improve your hair four ways: Strength, Shine, Softness, and Substance.

With a cocked eyebrow, I was all: "Oh, so basically this stuff is going to turn my breakable, dull, frizzy-ended, thin hair into a mane that would make Brooke Shields jealous?"

Vesta, with an equally cocked eyebrow, was all: "Stop being an ass. I swear that this stuff works. Just shut up and try it."

(you can see why we're such good friends)

I took the bottle when I left, went to NYC, and started using it. Within a week, much to my disbelief, my hair was incredibly shiny and a whole lot smoother. By week three, I noticed that I was starting to get crazy volume without using any products, and now, almost six weeks later, I can't believe how totally fabulous my hair looks! 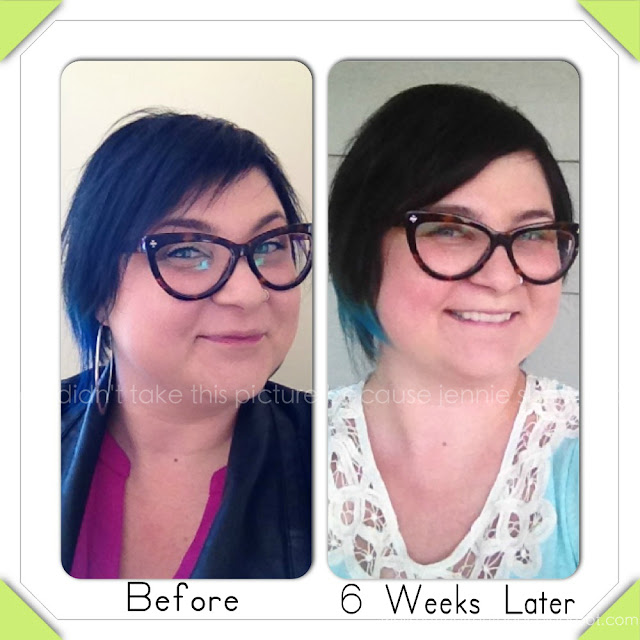 It's a miracle, people. A FREAKING MIRACLE! Look how much higher my hair is! And that's with NO additional products! Plus, it's soooooo soft, and I swear that it's thicker.

I wrote an email to Kérastase, telling them how I was planning on writing a review on Initialiste because EVERYONE needs to know how awesome it is, and a wonderful woman in the Kérastase PR department sent me a bottle to give away! 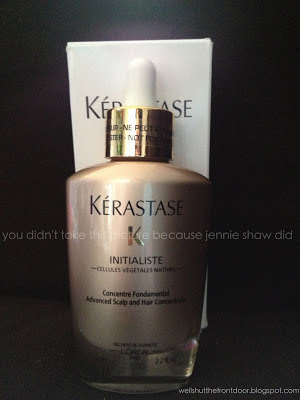 Here's the actual bottle you'll be getting.

I know that a lot of women have hair problems similar to mine so I'm beyond delighted to be able to pay it forward. The giveaway will be open to residents of Canada and the US (sorry to other peeps) and will end Monday of next week, at midnight. A bottle costs about $60, so this is a great way to try it out before investing the dough. I hope that it works for you as great as it works for me! Big thanks go out to Salon Cyan, for first giving me this amazing product, and to Kérastase, for donating this bottle.