Before I start my review, I should identify a bias of mine: I LOVE TENNIS! It’s totally my favourite sport, so whenever I see a novel that involves tennis, I get all grabby-hands (which, a Twitter pal said the other day and I’ve decided to take it and use it as my own…so, err, thanks? Ha!). My TBR list was enormous so even though I wanted to read GAME. SET. MATCH the second it was released, I decided to wait as I was already feeling judged by my iPad because I wasn't reading enough (seriously, I swear that I could feel it staring at me). BUT, then I got an email from Coliloquy, who published GAME. SET. MATCH., saying that it was temporarily on sale, so I bought a copy and then finally got a chance to read it earlier this week. From start to finish, the book took me less than three hours and it was the best 172-ish minutes of my day.

I’ll admit that I’ve been on a YA/NA kick as of late, and GAME. SET. MATCH. fit right in to my reading theme du jour. There was teen drama, high-enough emotional stakes, some good old-fashioned cattiness, and it was all set in the world renowned Outer Banks Tennis Academy, which is on the North Carolina coast (which means that everyone had accents in my head, and that was awesome).

The main characters include Jasmine, who, as the daughter of two amazeballs tennis stars, volleys the daily pressure to live up to her family name and wanting to be her own person, while being hopelessly infatuated with her BFF Teddy—a notorious womanizer (or as much as a womanizer can be for his early 20s—wait, does that make me sound like an old fuddy duddy? DISREGARD IF THAT IS THE CASE. Ha!).

Jasmine always thought that she was Outer Bank’s most skilled, unranked player, but that all changes when newbie Indiana grand-slams herself onto the court and destroys everyone with her killer forehand and conventional good looks. Indiana has faced some serious personal setbacks in her life and is just returning to the game, but her natural talent has her shutting out her competition left, right, and center, which makes her a social outcast amongst the other female players because they’re all jealous of her natural talent.

The only one who doesn’t really care about Indiana is Penny, the rising star and Outer Banks' old-timer (despite being in her twenties) because she’s too busy training for a chance to take down the #1 ranked player in the world in the French Open, despite the many distractions that threaten her game. Namely, her ex-fling Alex, whose sensuous British accent lured her into trouble during the Australian Open and threatened her reputation. Penny thought that she would never see Alex again, but when Penny’s coach brings him to Outer Banks to be her new hitting partner, she can’t hide from her past anymore.

Penny’s family also contributes about sixty percent of the male eye candy of GAME. SET. MATCH., as Jasmine’s BFF Teddy is Penny’s twin brother. And that’s not all, folks! Penny’s older brother Jack (who is also her manager) catches Indiana’s attention but, just like an overhead smash, some of the potential relationships inevitably land outside the court of love (warning: I’m going to keep badly punning the pants off of this review at every opportunity).

As the latter part of the book is set during the French Open, we get to go to Paris. Woot Woot! Now, there isn’t a lot of description on Paris but I was able to picture the Roland Garros complex as I’ve been fortunate enough to attend the French Open after my cousin illegally bought scalped tickets for us, convinced the guards to let us in with our blatantly scalped tickets (this is a major offence, we legit could have been arrested as there were signs EVERYWHERE that told us so), and then schmoozed our way into seats on one of the main courts (our illegal tickets were NOT for that one) to see the last few games of the Women’s Semi-Finals (I have amazingly awesome family who are just as quirky as I am). However, the lack of scenic description didn’t hamper my enjoyment, but that's probably because I had been there before. 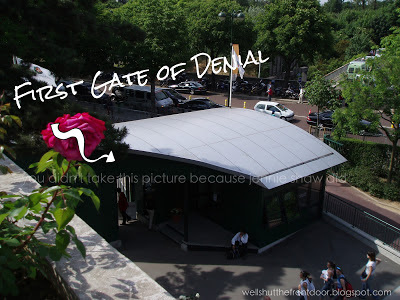 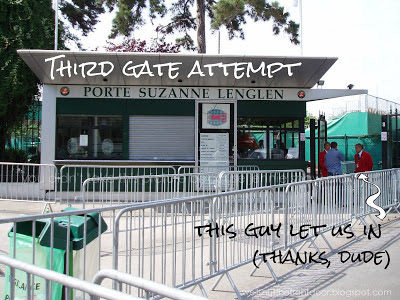 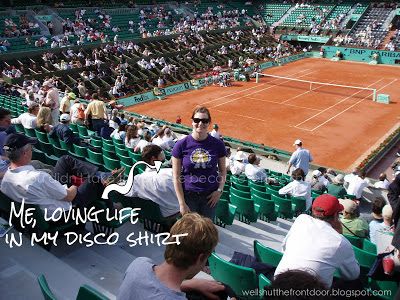 Anyway, back to GAME. SET. MATCH. As this book is about tennis, that’s pretty much what the main plot concerns, and the other subplots like romantic entanglements, family issues, and various teenaged stressors fill in the downtime with more than enough to keep you interested even if you’re not a tennis fan (although you really should consider becoming one because tennis is the bestest).

The characters were solid and somewhat layers, the description of the game and the amount of training that’s required to become a pro is accurate, the dialogue was particularly engaging, and I was thoroughly entertained from start to finish. I’ll also note that this was probably the first “true” New Adult book I’ve read, and by that, I mean that it was more mature than, say PRETTY LITTLE LIARS or GEORGETOWN ACADEMY but still wasn't catering to a strictly adult audience, so props to Jennifer Iacopelli because that's a pretty tricky thing to pull off.

So, if you are a tennis enthusiast who likes novels with protagonists who are their late teens and early twenties, and can appreciate a greatly written steamy make-out session, then GAME. SET. MATCH. will fire an ace straight down the center line and into your heart.

Have a super awesome weekend, everyone!