The Nail Files: Gotta Be Gatsby

Inspiration for this week's mani (aside from the book and movie): 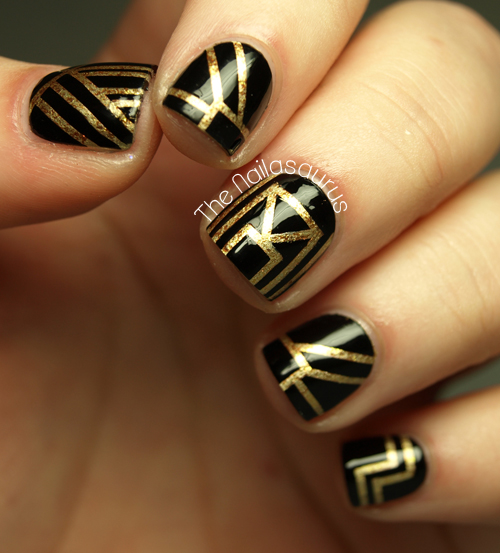 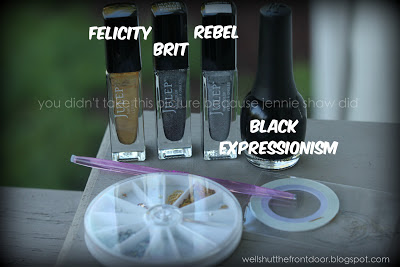 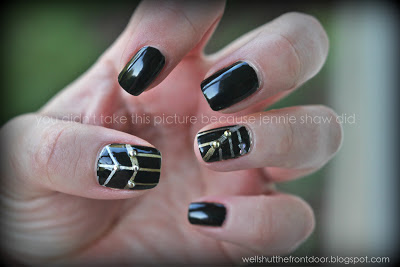 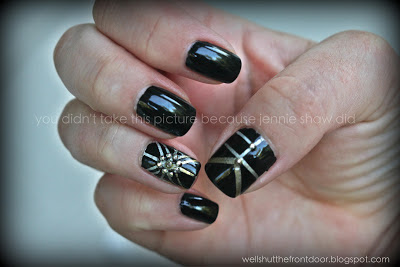 I posted pictures of both hands because I did different feature fingers. It's kind of hard to see in these pics but I actually did a gradient from silver to gold before adding the tape and covering them with Black Expressionism. Also, nobody told me how hard it would be to get a sharp triangle edge, and I was so disappointed when I removed the tape to see that it wasn't crisp. Boo.

Luckily, instead of deciding to redo everything (which wasn't at all appealing) I got out my gemstones and stuck them wherever there was a problem. And you know what? I think that it turned out great! I even put a daisy of stones on one finger to be even MORE Gatsby-ish. But, as cool as this looks, I don't think that it'll be one that I do again. The taping took forever, and after all of that effort, the edges still weren't clean. *shakes fist* However, maybe there's an easier way to do it, but until I know what that is, I'm going to stick to more freehand designs. I'm open to any hints you guys have, though!

Have a great weekend, everyone, and thanks to Tara and Vicki for hosting!