My iPhone is Broken! (No Wait, I'm Just an Idiot)

Yesterday, I went on a bit of a cleaning spree. And by that, I mean that I organized like a madwoman while being ruthless with getting rid of things as I feared we were getting a tad too close to hoarder status. To keep up my motivation, I was blasting Ellie Goulding's new single Burn, on repeat, from my iPhone (on a speaker). Seriously, I must have listened to it about twenty times as I have a tendency to play a new song over and over and over again, which The Remix loves (not really).

The dogs were outside, doing whatever it is that they do (lay in the sun, eat grass, chase the crazy red squirrels) and I went out to take a break and chill with them for a bit. We were taking in the beautiful afternoon when the two Schnauzers who live behind us came over (yes, both of them. Click here to read about the presumed dead Schnauzer). Immediately, they started playing and it was so adorable that I ran inside to get my phone.

I got back outside and opened Instagram to take a video of the cuteness when I noticed that the ap wasn't open. I pressed the home button (which is an awesome moustache sticker) to restart, as Instagram can be finicky sometimes. 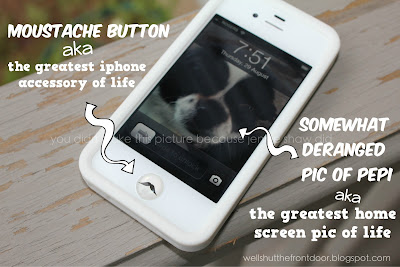 The ap reopened, but there was still nothing but a black screen.

The only other thing I could do was delete the Instagram ap and then reinstall it, so that's what I did. But, when the "new" ap was installed, the exact same problem of a black screen was still happening.

Naturally, this is about when I lost my mind because if it wasn't the ap, then all that was left was the iPhone itself. Nervously, I opened the basic camera ap and my heart sank when I saw the same black screen.

My forehead immediately started to sweat as my mind played out a scene where I would be iPhone-less because it's a fairly new phone and my service contract still has a lot of time left. I don't have Apple Care for it (don't even get me started as there's a story there) which meant that I'd have to pay for support but I figured if my camera was broken then maybe other things were broken. Heck, maybe it was on its way to becoming MORE broken!

I had my credit card ready to call Apple, when I noticed that I was running out of battery and when I went to plug it in, I discovered the problem.

My iPhone case was upside down!

This was the problem: 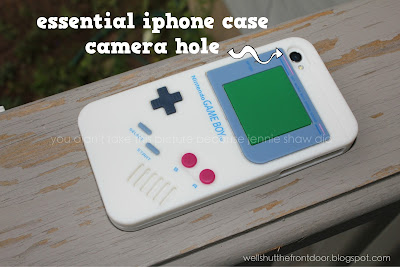 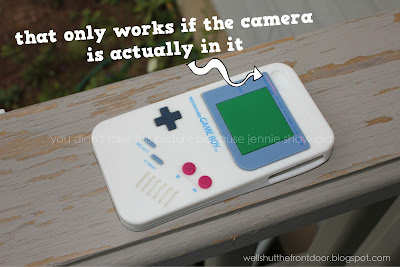 All I can say is THANK GAWD I didn't call Apple because THAT, ladies and gentlemen, would have been a seriously embarrassing situation.

So take heed, dear readers: if you find that you suddenly have a black screen, you should probably check to make sure that your iPhone case is on the right way before calling for reinforcements.

Ps. Just how many calls do you think Apple gets for situations like this? Haha!! There's no way I'm alone here, right?