Yesterday, I was writing away at my laptop when I got a series of emails from The Remix with suggestions on how we should decorate our new home. Usually, I'm all for having his input but I was surprised that he was able to find any inspiration for home décor, considering that he was out shopping for fishing supplies at a Bass Pro Shop with his dad.

Some of the pictures he sent me were so hilarious that I just had to share them with you (because that's what bloggers do. Err..thanks, babe? Haha!)


His first suggestion was that we replace our modern, chocolate brown, sectional couch with this: 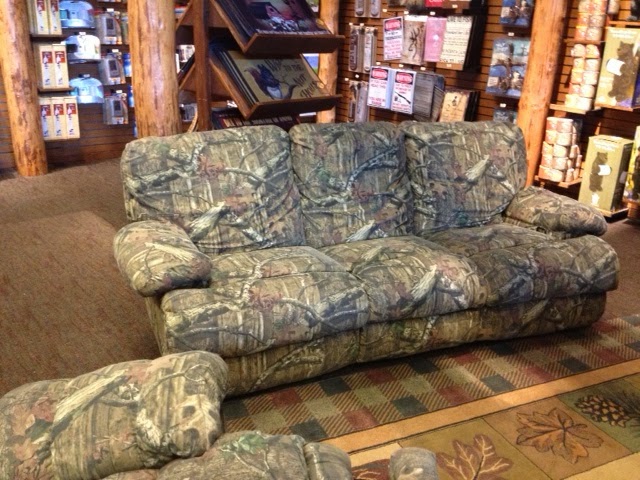 Pro: If you put it outside, photos will make people look like they're hovering in the air, which is pretty awesome.

Con: It's fucking hideous if not directly in front of foliage.

Then, there was this: 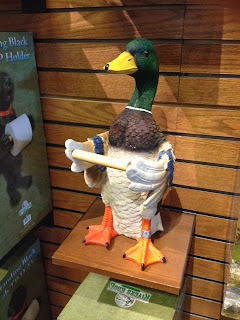 Pro: It's so ridiculous that a significant part of me needs to have it.

Con: His beady little eyes feel like they're staring into my soul, which isn't exactly what I look for in a toilet paper holder.

Verdict: Close, but no dice.

Are these the types of suggestions that the Duck Dynasty gals constantly deal with? And what company is making this stuff? How do I get involved? I could totally chic the shit out of these things so they work for both a country and a modern design scheme. For instance, what if the duck was made of stainless steel? Or covered in Swarovski crystals? Or simultaneously played a recording reminding kids to wash their hands while also letting off a perfect amount of air freshener that doesn't feel like you're being smothered by a pillow filled with roses? See...I'm FULL of genius ideas.

So, call me, nature-centric home furnishing companies! I swear there's more where that came from. We'll make a killing! And speaking of killing, has there been any previous discussion about adding rhinestones to the taxidermy game? How about googley-eyes?

Email ThisBlogThis!Share to TwitterShare to FacebookShare to Pinterest
Labels: My Hubby...My Hero, Randomness