We've been in our new house for just over a month and, thankfully, it's finally beginning to feel like home. The majority of the boxes have been unpacked (or moved to the garage, tomato, toh-mah-to) and we're getting used to life in the country.

Now, we were sort of in the country with our house in Fredericton, but our home in Ontario is legit country. The neighbour to our left has a fairly chi-chi horse ranch and there's nothing but farm fields to see in just about every direction. In fact, our new property even has a pond! With fish!

The years in Fredericton prepared me for how nature likes to get up in one's grill when living outside city limits, and I shared with you a few posts about how a city gal was acclimatizing to being in a more rural area. I must admit that after the whole bear debacle(s) I thought that I'd seen it all, but our new house had a few more nature tricks to show us.

For instance, there are coyotes EVERYWHERE. We hear them barking and howling at night and it literally sounds like they're in our backyard. Or front yard. Surrounded, really. And once, we found paw prints leading directly onto our property--a legitimate, fear-raising experience as we have two tiny puppies who would be no match for a single coyote, let alone a pack.

And then there's the birds. Holy moly are there a lot of birds. The former owners had approximately one kazillion bird feeders, but we've decided to only refill one for the winter because, you know, bird seed can get crazy expensive and I'm not about to have a bunch of birds eating better than we are. The lady at the farm supply store said that their mixed bird seed had "a little bit of something for everyone," which seemed like a stellar idea at the time, but then this happened… 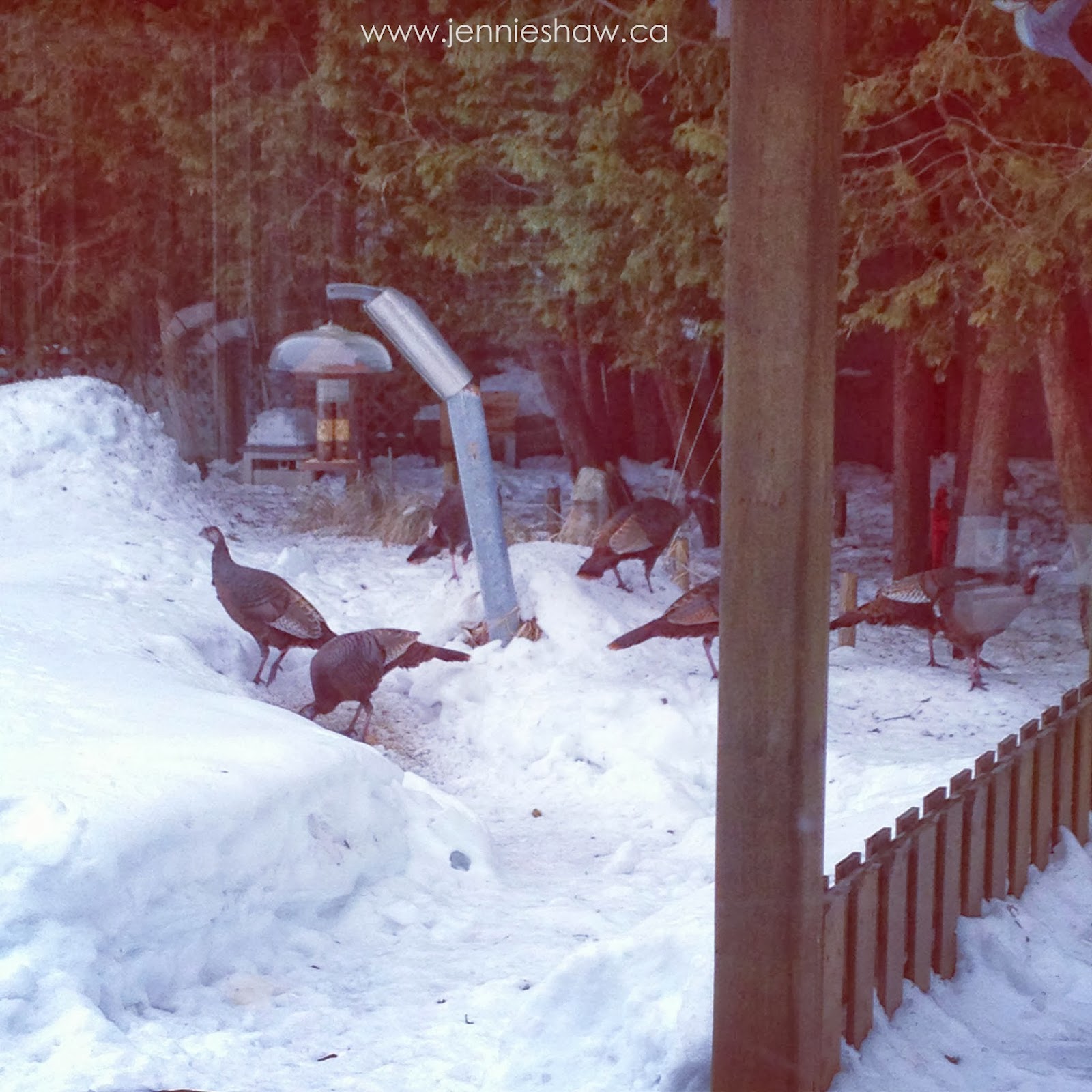 Not only did an ENTIRE FLOCK OF TURKEYS decide to stroll on by, but since then, I've had to give Pepi THREE separate baths because he insists on rolling in their disgusting poop. Dear Pepi: WHY DO YOU WANT TO SMELL LIKE TURKEY POOP? QUIT IT! QUIT IT NOW!


But then…just when I thought that we'd reached our limit of insane nature experiences, something extraordinary happened. Quite creepy, actually, as nature seems to usually just exist around us. I never would have thought that, perhaps, nature was also watching us but now we have proof. Solid, inarguable proof. 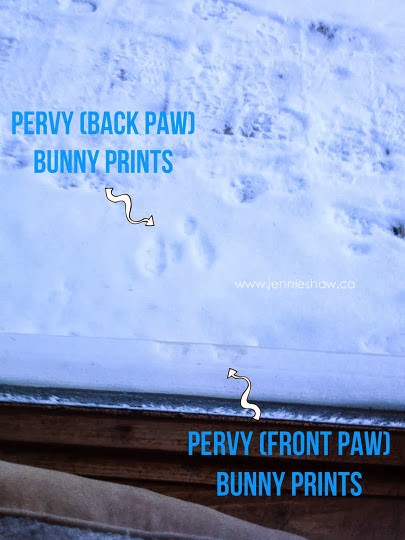 Yes, ladies and gentlemen, we have a pervy peeping pom (you know, because bunnies have pom-pom tails. Hahahaha, I kill me). I don't know how often this particular woodland creature likes to peer through our living room window but it has most definitely increased my paranoia that someone is judging my housekeeping abilities watching me.


So take heed, dear readers, because I've learned that you may not just be watching nature, but nature may also be watching you! Hahaha!