In the last four years, my domestic duties have pretty much stopped taken a sharp nosedive slacked. Back in the day, I sometimes spent upwards of a few hours preparing a gourmet, from-scratch dinner that included anything from lasagna with homemade noodles and sauce, stuffed chicken breasts, and savoury crêpes. But all that changed once I fell in love with writing, and now we mostly eat simple things that one could probably find on a toddler's favourite food list. You know: fish sticks, pasta, frozen pizza...all the good stuff that has limited nutritional value but can be cooked in less than twenty minutes. Mmmmm...(kind of, anyway).

So this Thanksgiving, I decided to really do Thanksgiving. Even though it was just the three of us (The Remix, my Baby Brother, and me) I figured that I'd pull out all the stops. The result was one of the best meals I've ever made, which is why I took about a thousand pictures because I was super proud of myself. Haha! 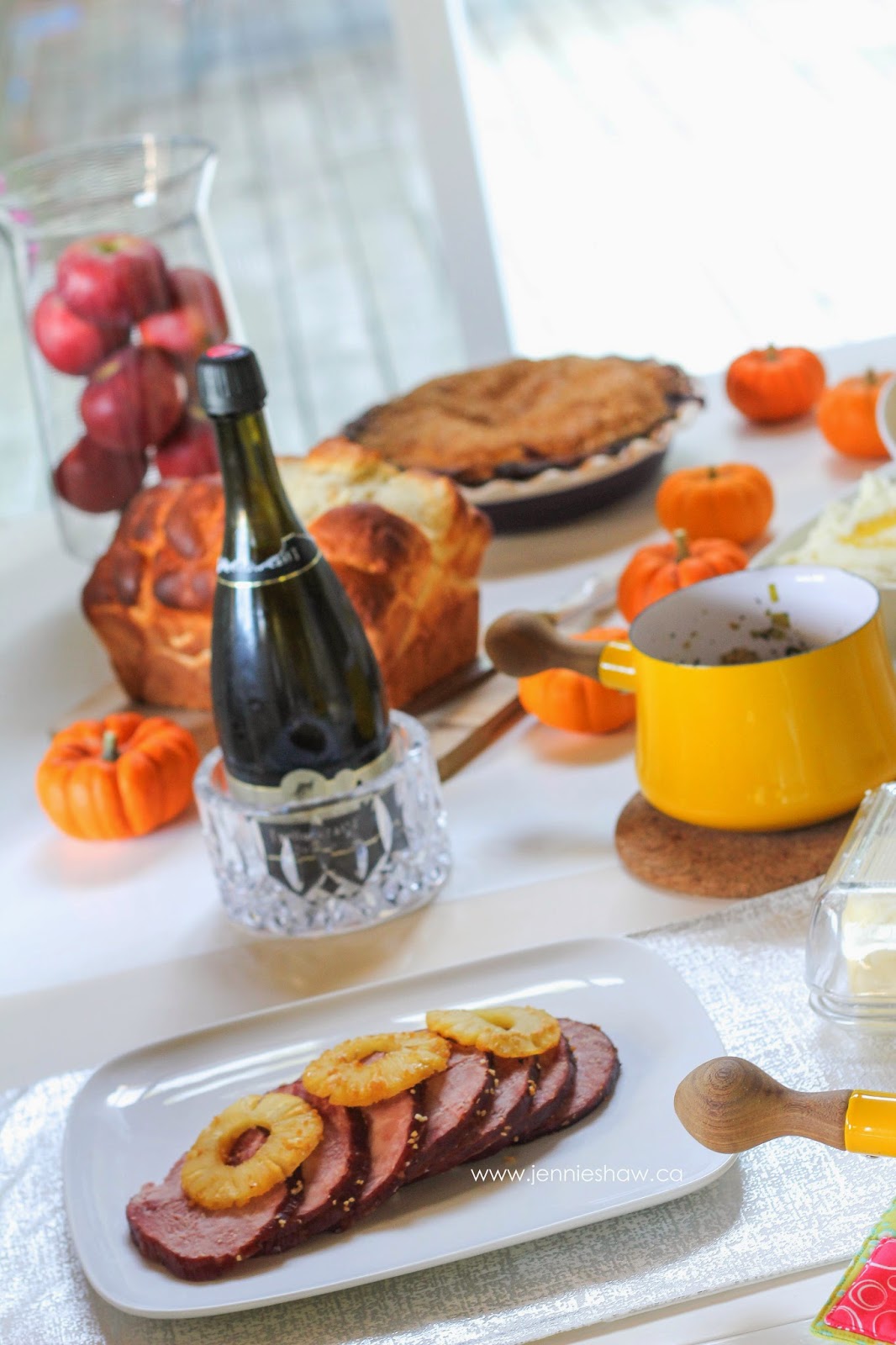 I opted for ham instead of turkey because touching uncooked poultry is mega gross and ham is way easier. Haha! 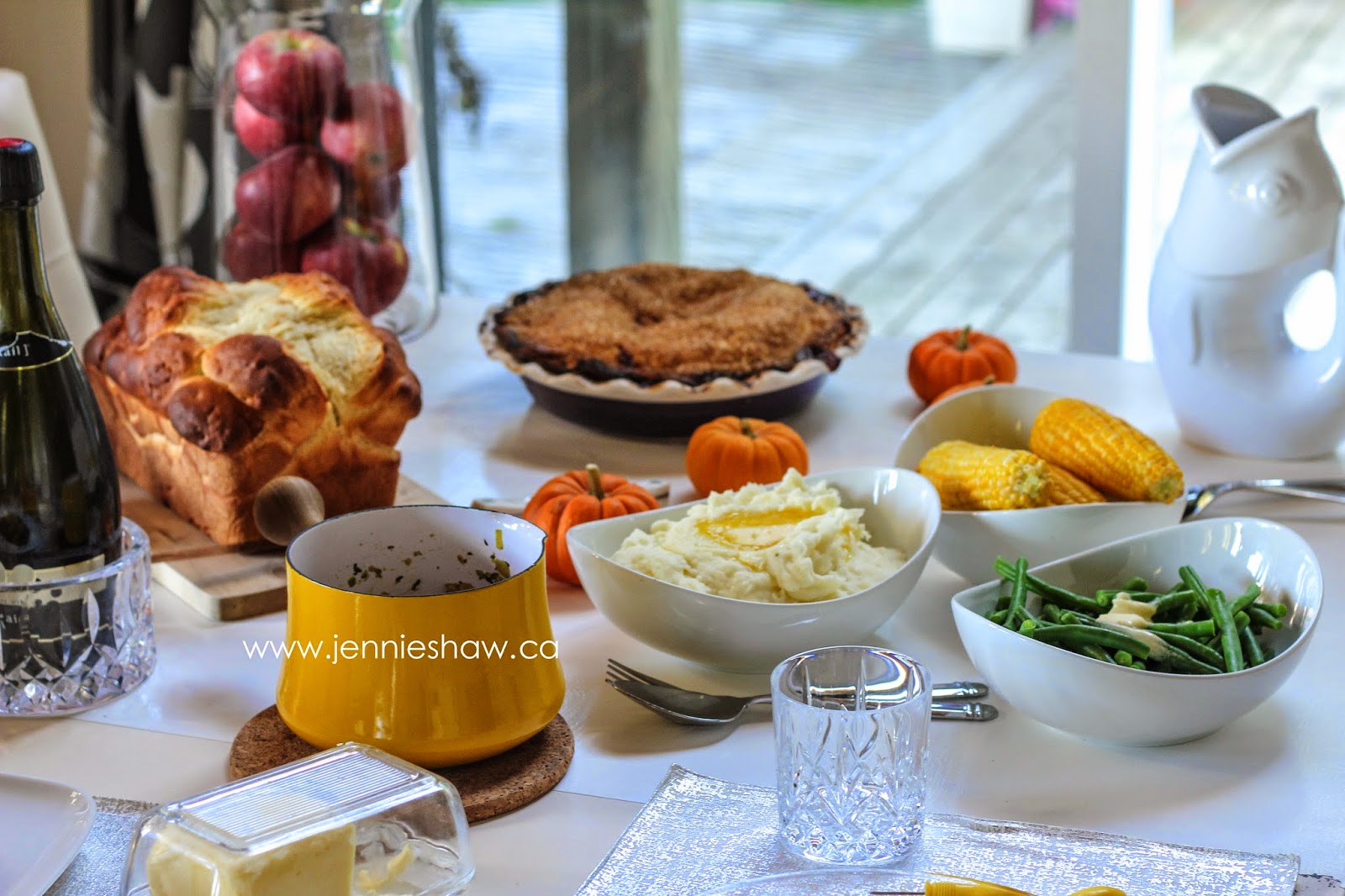 There were also mashed potatoes, stuffing, green beans, and local corn on the cob. As well as a homemade loaf of bread and an apple pie, made from local apples and a whole lotta butter (thanks, Martha! haha!). 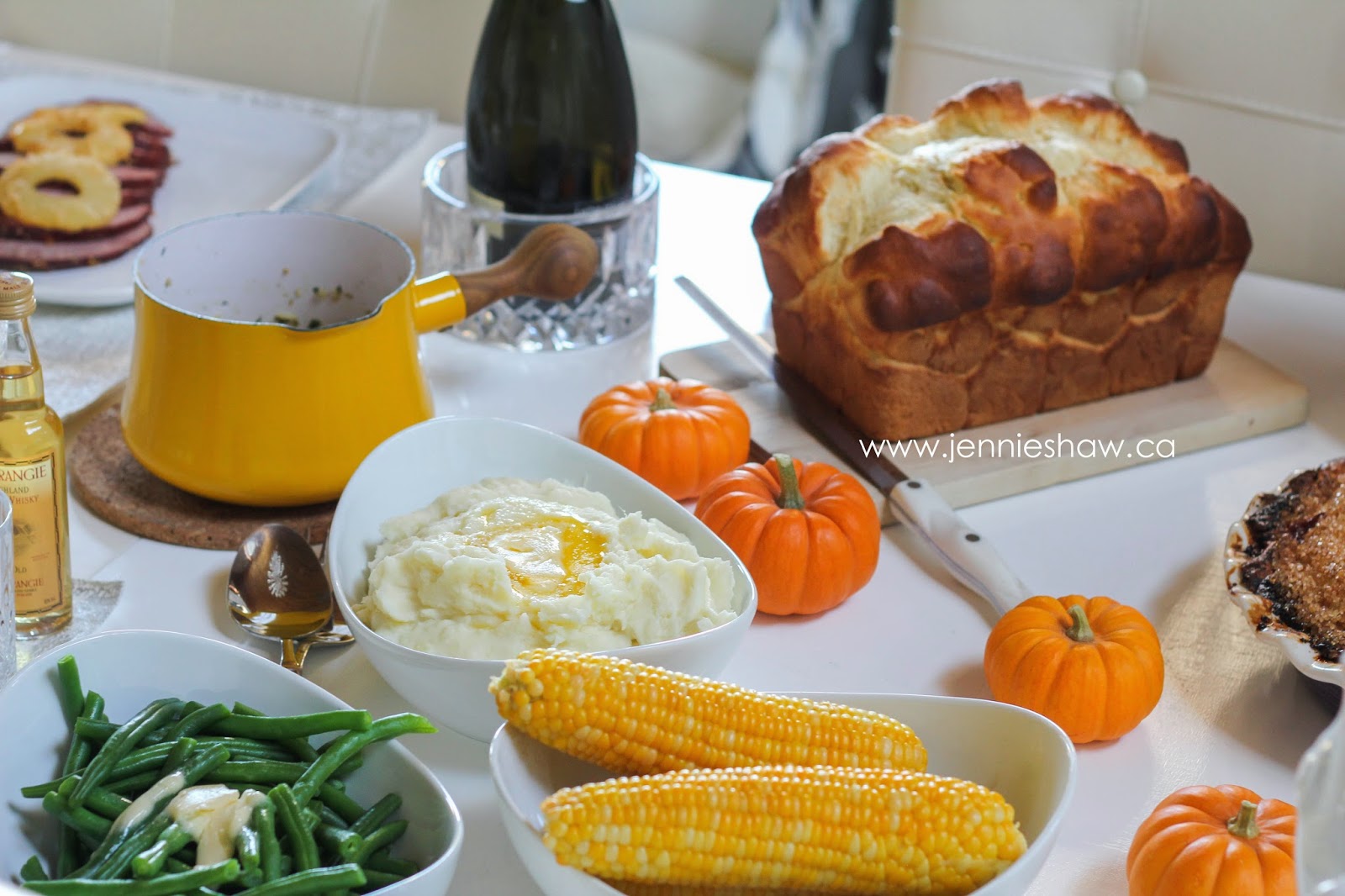 I got the little pumpkins at the grocery store. Aren't they cute? 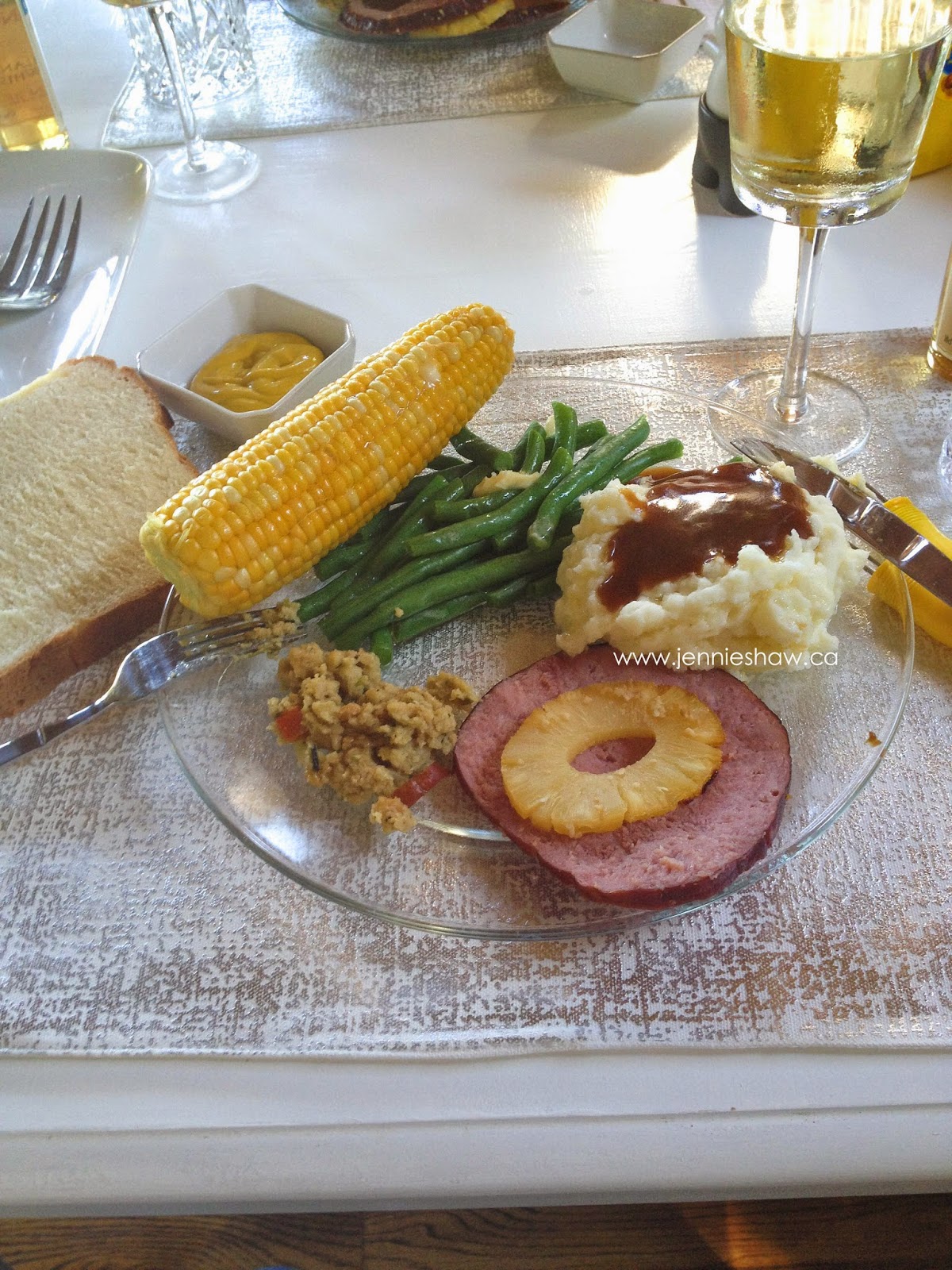 I know I'm biased but man, was that ever a delicious plate. Haha! 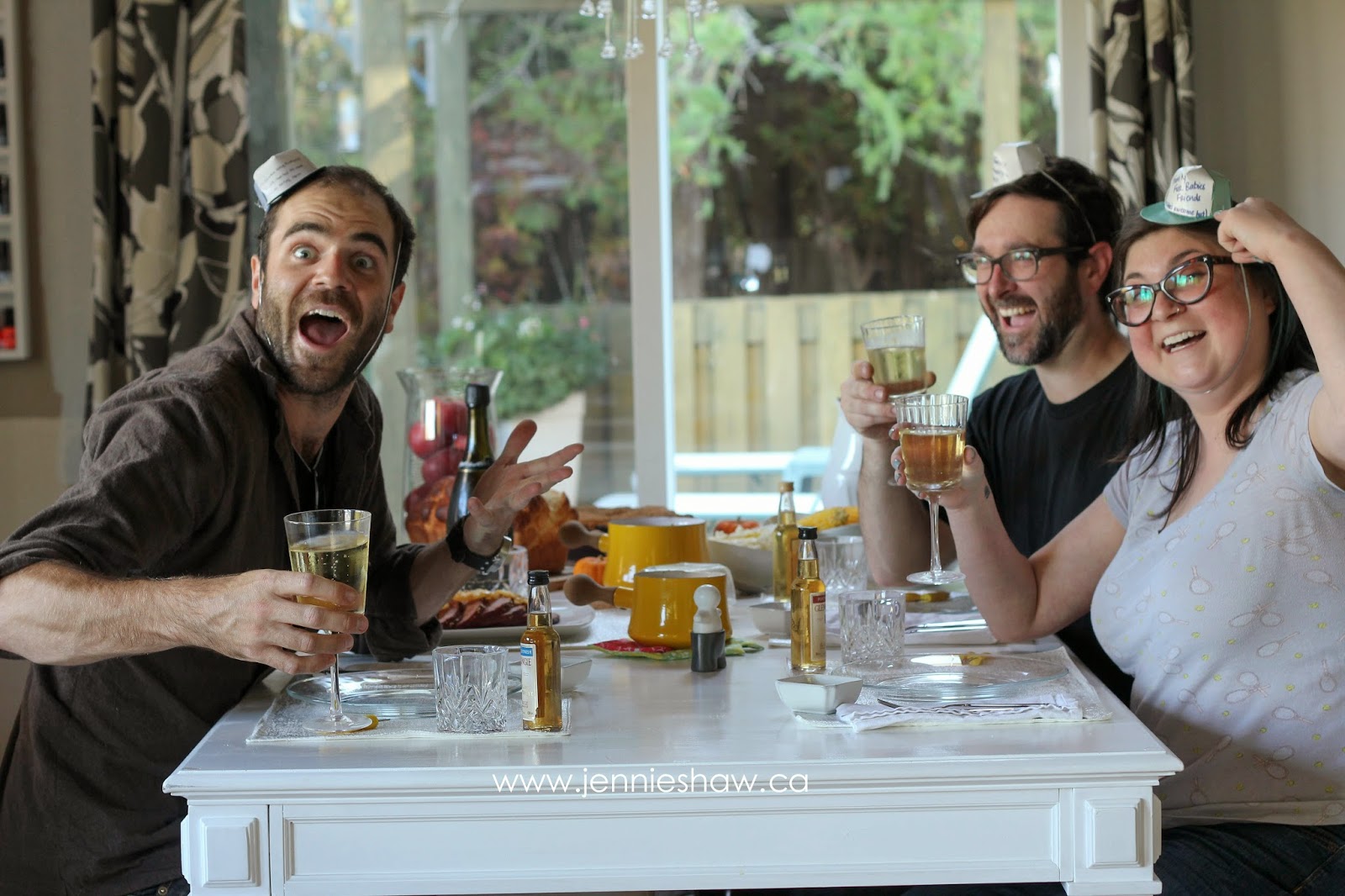 One of the things I'm thankful for? These two guys. I lucked out in the brother and partner department. Like, big time. We all wrote what we were thankful for on these adorable mini trucker hats, in order to keep to the theme. And because the hats were hilarious. 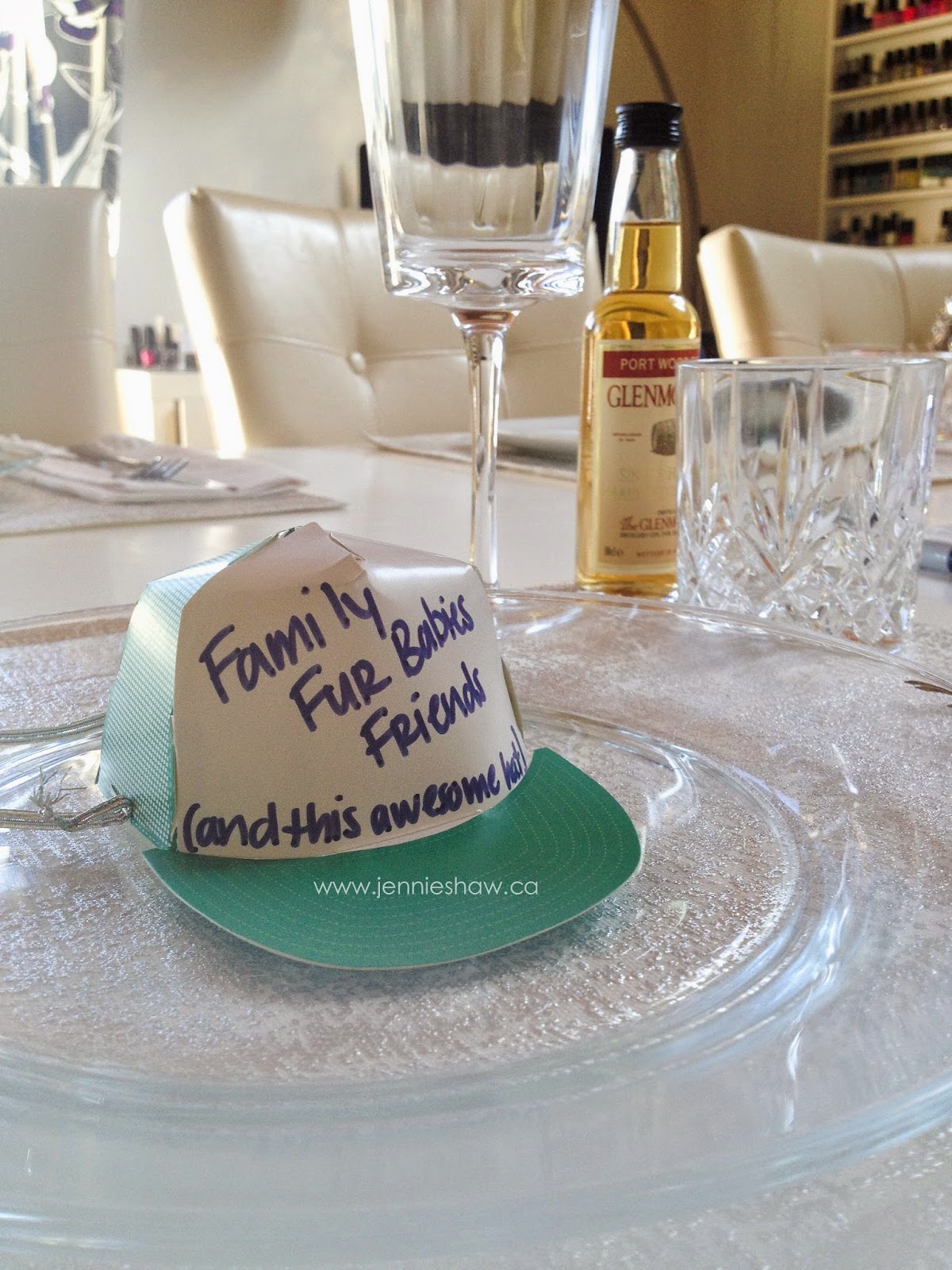 Mine read: Family, Fur Babies, Friends (and this awesome hat). 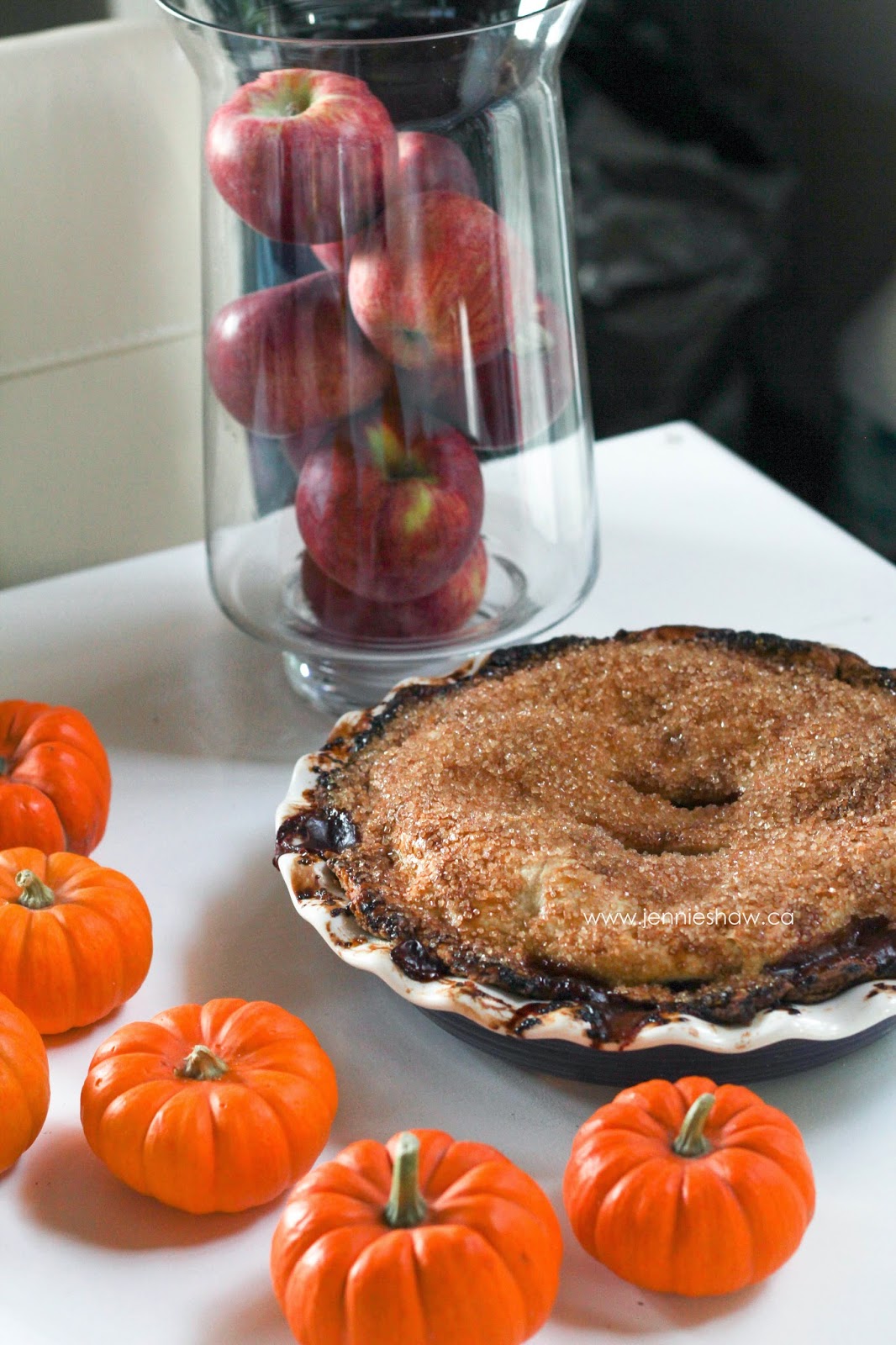 We took a break before dessert, because our bodies needed time to process the first round of face-stuffing, and it worked out fine because it gave me time to warm up the pie, which I made the day before. 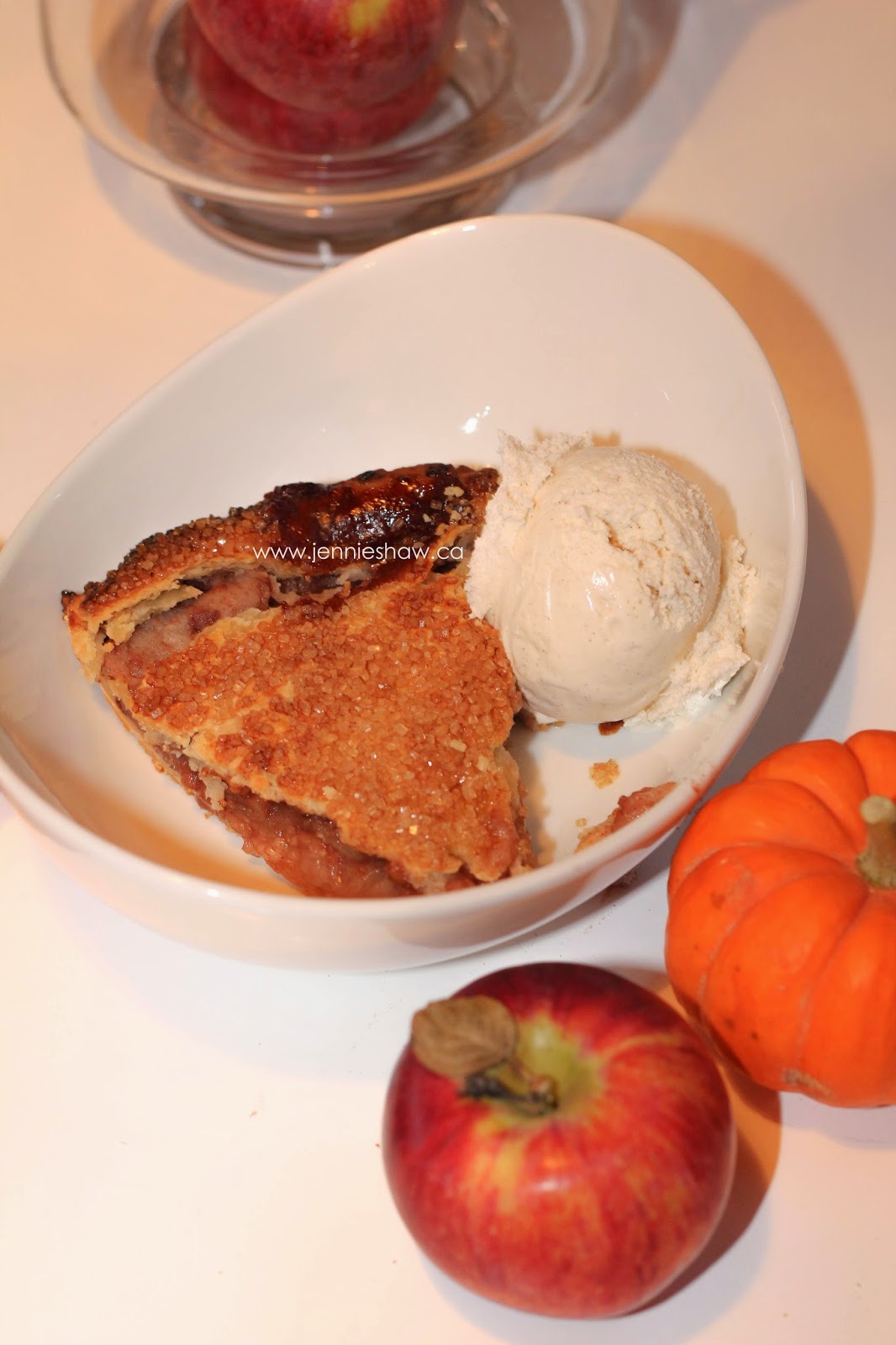 There really is nothing like warm apple pie and vanilla bean ice cream. 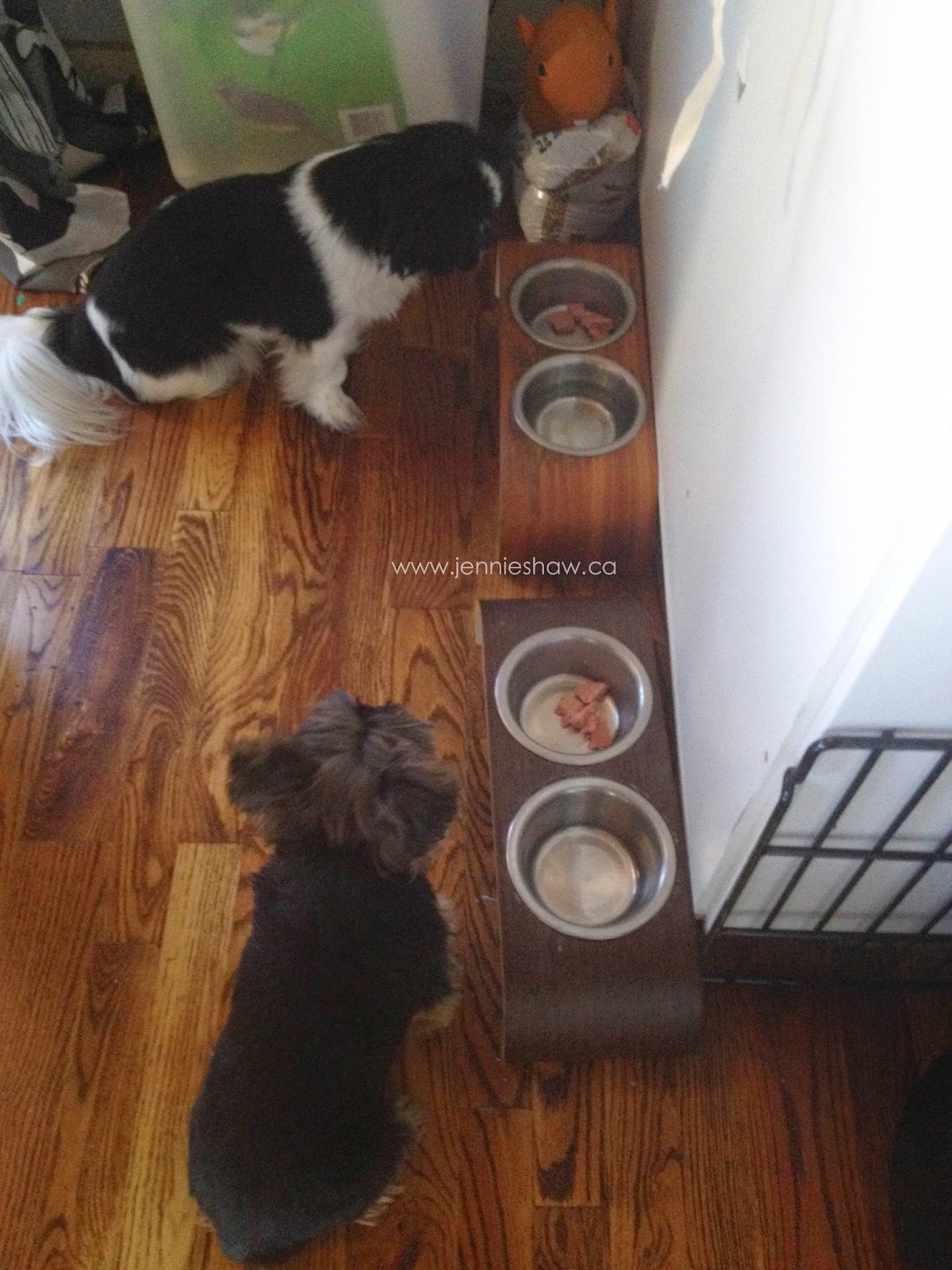 We ate until our pants couldn't take anymore and then we moved to the living room to hang out. After that, The Remix did the dishes. Like, all of them, which was probably one of things that I was most thankful for.