the nail files: the mani that almost wasn't (or, how to wear a lot of glitter at once)

I have to say that of all the sparkle collections I look forward to, ORLY is the one I anticipate the most. Then, I use them sparingly because they're so pretty that I never want to run out. Hoarder says what? ;)

Anyway, I pulled Steal the Spotlight off of my rack this week, happy to play with the teal and pink sparkles, but then Explosion of Fun also caught my eye. Stuck in a battle of opposing yet equally as awesome sparkles for the better part of an hour five minutes, I decided the only way to end the stalemate was to use both, even though they're both super bright and didn't really go with each other. Like, at all.

So, this nail files post reads more like a story than a how-to. Because I like to keep it real, I wanted to share the process of a mani that I struggled to balance, almost to the point that I gave up. The end of the story is that one should never give up, and that if you keep adding stuff, eventually, it'll all work out. If only life was as easy, eh? Haha!

But it just didn't feel right. My middle and ring finger were hella bright, but my pointer, pinky, and thumb just looked...plain. Even with Snow Globetrotter overtop. I hummed and hawed for a while, and then considered adding dots to the white nails with the ORLY polishes, but then thought maybe it was better for the ORLY nails to get white dots. As you can see, I was trapped in another circle of what-shoud-I-do. #nailartishardsometimes

That's when I decided to throw caution into the wind and use both sparkles on my thumb. Filled with confidence, I removed the white base and glitter toppers, and added one half-coat of Turned Up Turquoise and Gayle, followed by the glitters. But when it was all done, I still didn't like it. In fact, I liked it less than the white. *headdesk* 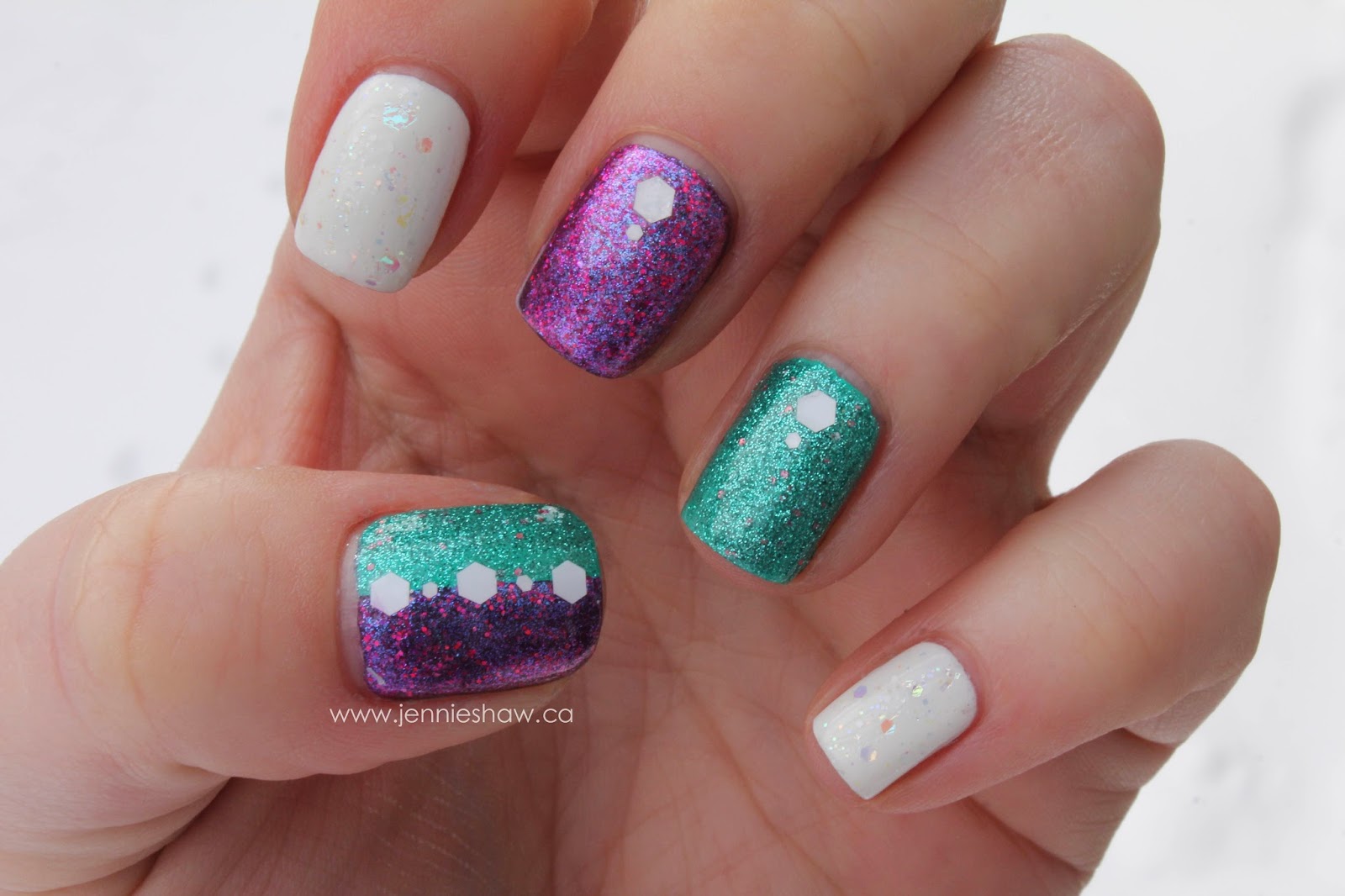 As you can see, the final product was much different from where I started. Had I known I'd make so many changes, I would have taken pictures as I went. I get that the story becomes somewhat anticlimactic now that I've showed a picture, but I'm going to keep going. Haha!


Determined not to waste what I'd done already, mostly because getting that much glitter off takes forever and I'd just finished, I realized that I'd tipped the balance too far on the sparkle side, which meant I needed more white. It was then that I looked back at Snow Globetrotter, which was sitting on my coffee table, in a single stream of sunlight. There may have even been a surge of string instruments, and maybe even some wind that blew back my hair.


Okay, so it wasn't that dramatic, but it felt like something of a miracle. Haha! 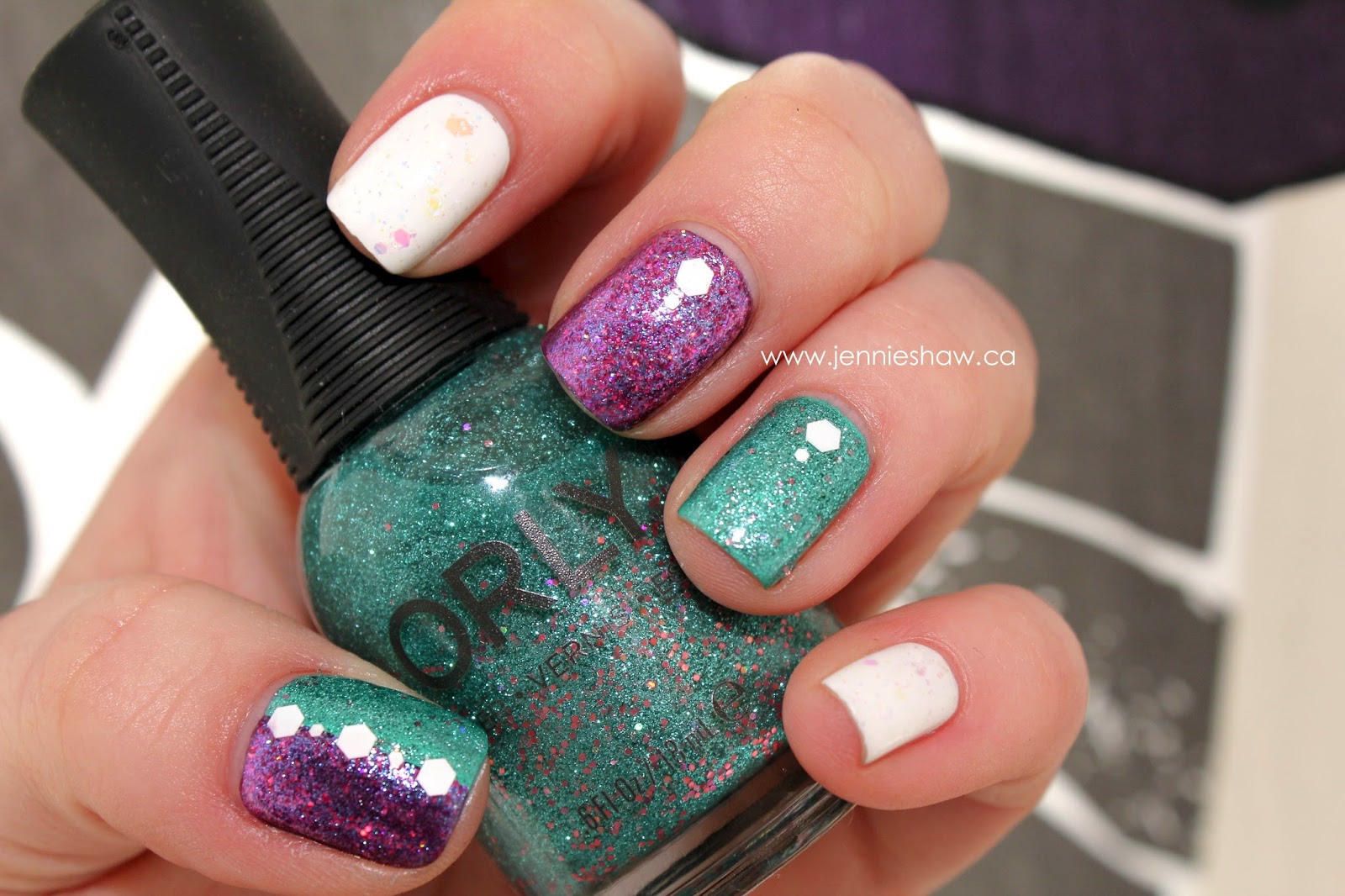 But seriously. This sparkle, guys. *swoons*

I scooped out some of the larger white hex pieces, along with a few of the smaller ones, and placed them on the ORLY nails. I don't want to say that I was so relieved it finally all fit together that I spun around in a circle and sang a song of triumph for my dogs, but that would make me a liar. 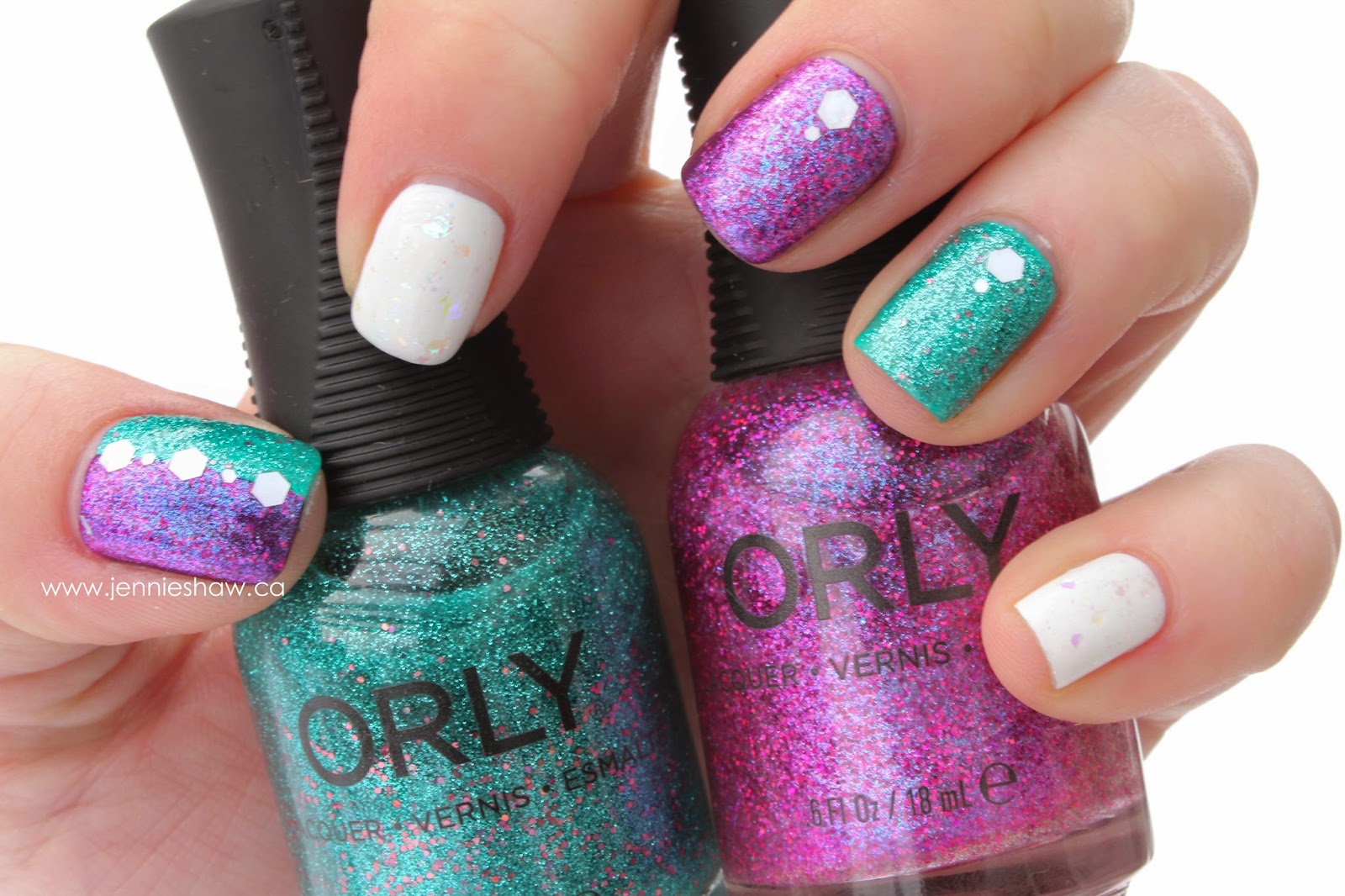 Outside, you pretty much need sunglasses to handle these two polishes. Love, love, love!


So although this mani took forever, and required both brain power and on-the-fly troubleshooting, I really like how it turned out. Actually, scratch that, I love how it turned out. It was really hard to photograph the ORLY sparkles because they're so beyond glittery, which is why I love them so much. Natural light brought them out the best, but in low, indoor light, they're still seriously cool. I heart you, ORLY sparkles (even though you're a challenge to work with sometimes)!! Haha!


What were you rocking this week? Got any tips/tricks to share? Link up and let us know!

Hope you have an awesome weekend!!