Warning: this post may make your heart swell up to ten times its size, causing an intense release of projectile tears of happiness.

It’s been about a thousand years four months since I’ve posting anything other than nails and book reviews, but when I read about Twitter’s Dancing Man, I knew that I had to. After I finished sobbing into the arm of my couch and then rehydrating, that is. Articles are popping up everywhere, but for those who haven’t heard, a few days ago, a very kind soul named Cassandra, noticed a post on 4chan that ridiculed a man for dancing (at a concert!!!). 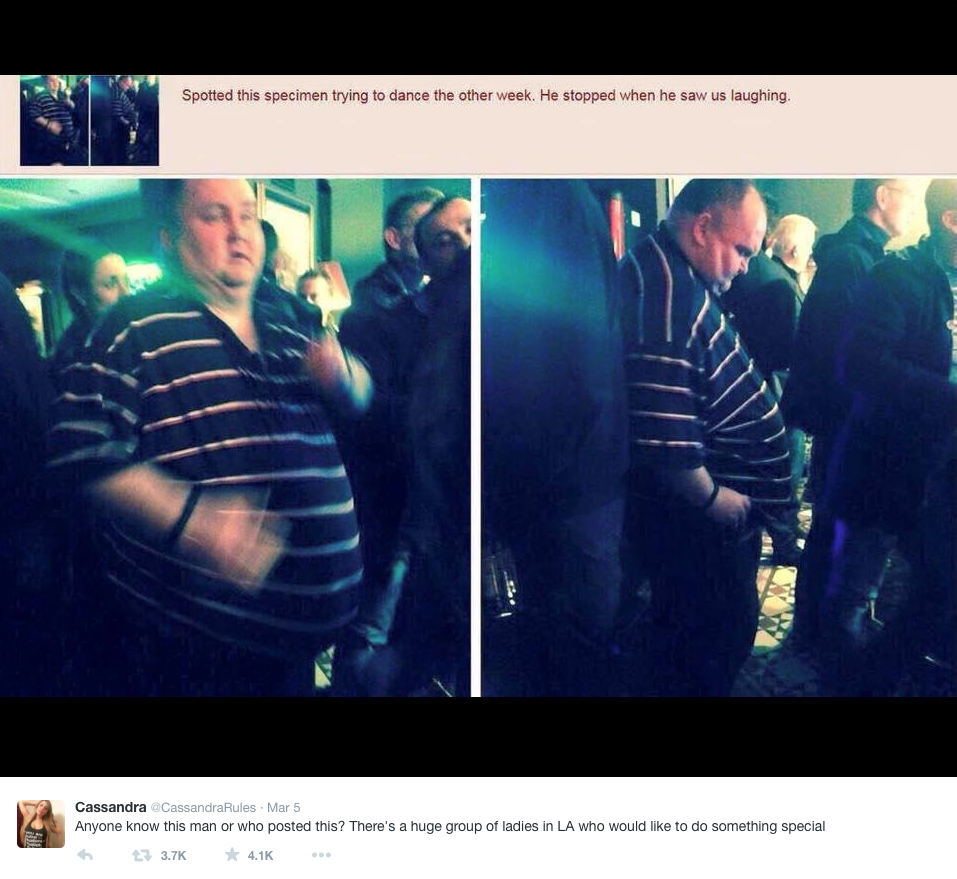 Unfortunately,  these kinds of mean-spirited posts are all over the place. I've seen 'em. And let's keep it real; you have to. But instead of frowning, silently condemning the awful-ness of the post, Cassandra decided to do something different: she tweeted out the 4chan photo, asking if anyone knew him, with the hashtag #finddancingman. Because everyone should be able to dance. 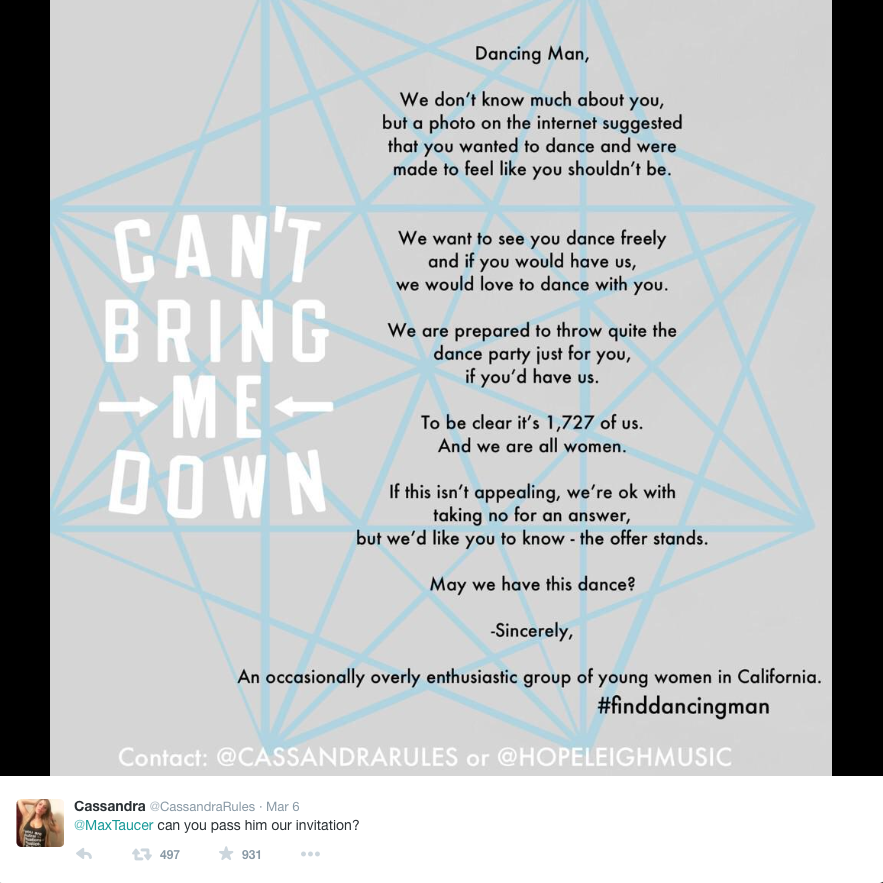 And then, Twitter blew up in the most marvelous way possible. In less than one day—twenty-four-hours!—not only was the Dancing Man found, but the original number of 1,727 women grew to 2,000! 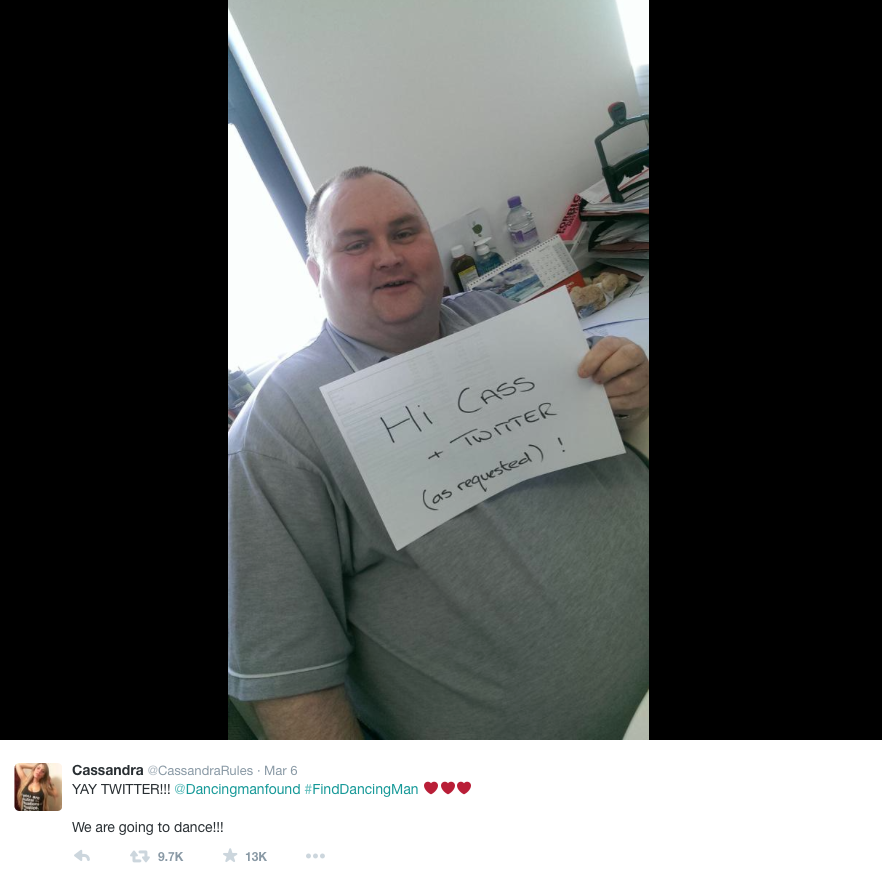 Even better? Some amazing music artists stepped up, saying they’ll play for free! I'm talking about Moby and Pharrell, with other offers still coming in! Plus, they shared their own words of love, kindness, and respect for a man who’s probably been on the receiving end of maliciousness for quite some time. It’s proof that there are so many wonderful people in the world--ones who have no problem reaching out to a total stranger, to show them that they matter.

Since yesterday, the GoFundMe page has almost doubled its original goal of raising funds for the party, and to fly Sean from London, UK, to LA. The majority of the donations were under $100, which means that an incredible amount of people have rallied to give Sean an amazing time. And basically, the whole thing pretty much makes me do this: 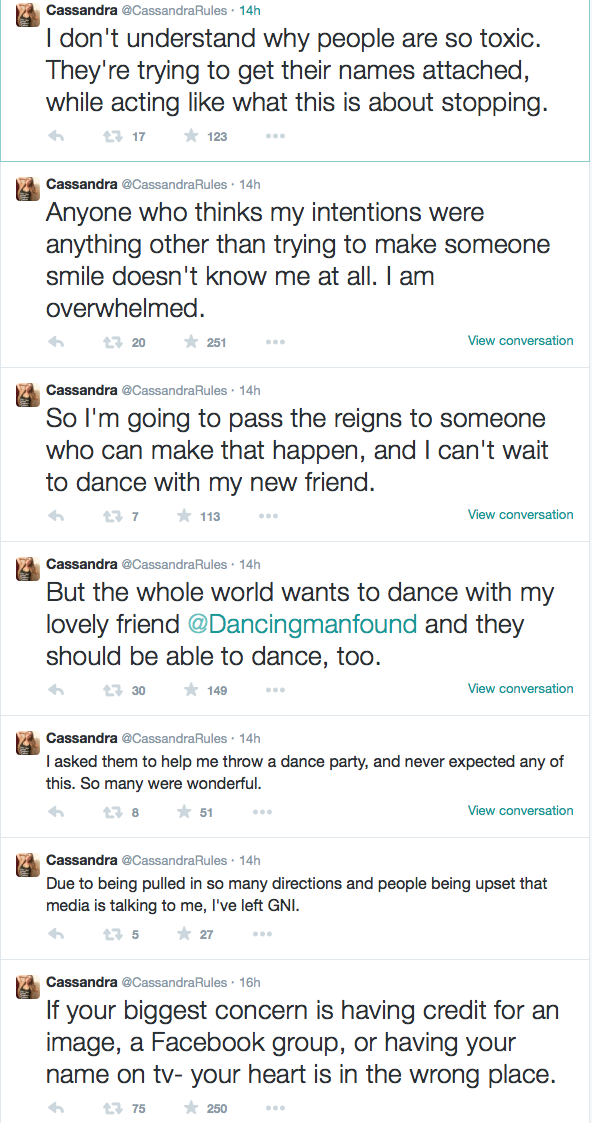