book review (with tribute mani!): the invasion of the tearling

THE QUEEN OF THE TEARLING was one of my favourite books of 2014 and I’m delighted to report that I loved THE INVASION OF THE TEARLING just as much. So much, in fact, that I nearly went blind in order to finish it. Haha! 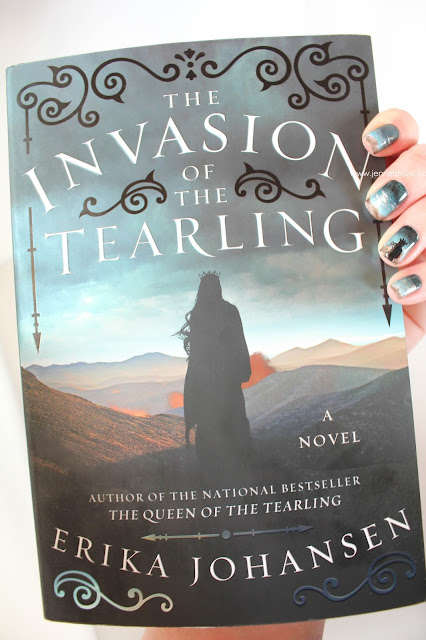 Guys, I’m in awe of this series. The two books that have been released so far are freaking incredible. The world building is phenomenal and incredibly engaging, plus it's dark and oozes with humanity. And, of course, there's the MC, Kelsea. To borrow a phrase from a pal: Holy cats, is Kelsea ever awesome. Like, awesome awesome. Yes, this is a double-adjective kind of book. Haha!

With each passing day, Kelsea Glynn is growing into her new responsibilities as Queen of the Tearling. By stopping the shipments of slaves to the neighboring kingdom of Mortmesne, she crossed the Red Queen, a brutal ruler whose power derives from dark magic, who is sending her fearsome army into the Tearling to take what is hers. And nothing can stop the invasion.But as the Mort army draws ever closer, Kelsea develops a mysterious connection to a time before the Crossing, and she finds herself relying on a strange and possibly dangerous ally: a woman named Lily, fighting for her life in a world where being female can feel like a crime. The fate of the Tearling —and that of Kelsea’s own soul—may rest with Lily and her story, but Kelsea may not have enough time to find out.

The most interesting, unexpected, and flawlessly executed surprise of THE INVASION OF THE TEARLING, is the new character, Lily. Somehow, Kelsea and Lily are linked, and they experience each other's lives in real time, despite being alive in entirely different ages (being pre and post Crossing, which is how The Tearling Kingdom came to be).

Yeah. I know. It doesn't make any sense.

But if you read the book, you'll find that it makes the most sense ever, and then you will probably want to write Ms. Johansen a fan letter. Because that's how mental-face the whole thing is.

Hey! There's a blurb for you -- THE INVASION OF THE TEARLING, it's mental-face good!

Seriously though, there was already a very intense plot in this series and adding a time travel element amongst the already high stakes was a risky move. The biggest rewards come from the biggest risks though, and THE INVASION OF THE TEARLING is a shining example of that. 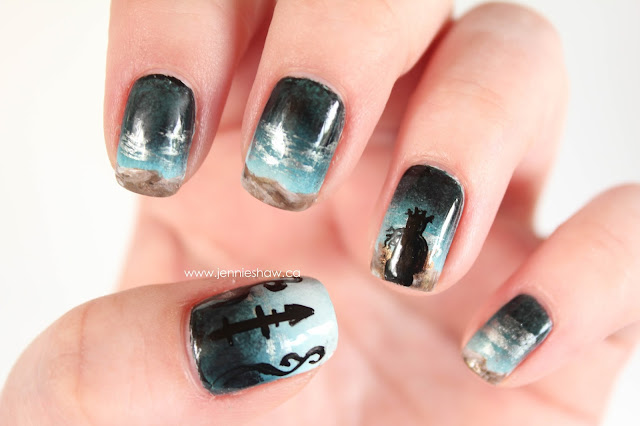 To keep it real, this mani took forever but it turned out so well that I don't even care. I kept it on for almost an entire week and still couldn't get over the level of pretty. If that makes me an egomaniac, so be it. Haha!

I was so engrossed in the story that the hours I spent in the waiting room of a Lasik eye place while The Remix had his consultation felt like minutes and when we got home, I went straight back to reading. By the time I got to page 401, my eyes were aching for me to stop, but then something so intense happened that I had to get off the couch and pace around the living room while repeating, “Oh god, oh no, oh god, oh no.”


(Side note: Accustomed to my occasional reading-induced fits, The Remix ignored me and continued playing solitaire on his iPad.)

So even though I could barely see, I was so riddled with tension about what would happen to a certain character, I turned on my brightest lamp, brought my nose about five inches from the book, and squinted my way through the last hundred-ish pages.

Luckily, my eyesight wasn't damaged, but even if it was, it probably would have been worth it. Haha! Also, hand on heart, I swear that I’m not exaggerating with my account of how I finished THE INVASION OF THE TEARLING. And if nearly going blind in order to finish a book isn't a five-star review, I don’t know what is.


Second blurb suggestion: THE INVASION OF THE TEARLING, worth going potentially blind for!

(Additional side note: These are the worst blurbs ever. Haha!) 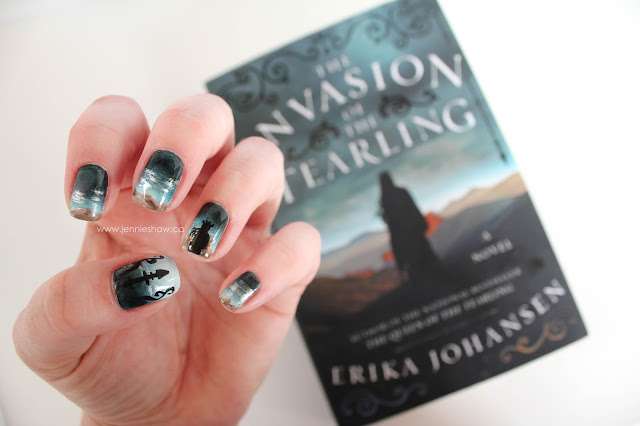 So if you’re at all interested in layered, dark, slightly creepy, fully kick-ass-y, can’t-put-this-book-down fiction, you need to start this series (even if you don’t read a lot of fantasy). I'm being completely honest when I say it's some of the best I’ve ever read.