the time I became a duck defender

It’s our second summer in our new house and it’s safe to say that we’re still totally loving it. There’s a fantastic view over the field across from us, a delightful cross-breeze that keeps the air fresh and cool, and a pond that’s lovely, but hell-bent on giving us a run for our money. Ha!

Between the mink, muskrats, and random enormous birds, our fish population has been cut in half, but the fact that we got baby ducks this year basically evened all that out. We've had ducks before, but no babies and let me tell you, baby duck cuteness is pretty much unparalleled. 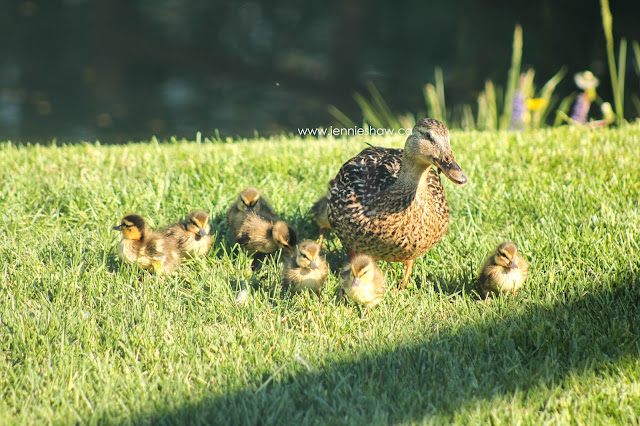 The little family lives in our neighbour’s pond, but use ours as a place to hang. The first day they came, I just about died and since then, I've taken approximately 1598 pictures of them. Because I seriously don’t know if I’ve seen anything more adorable. 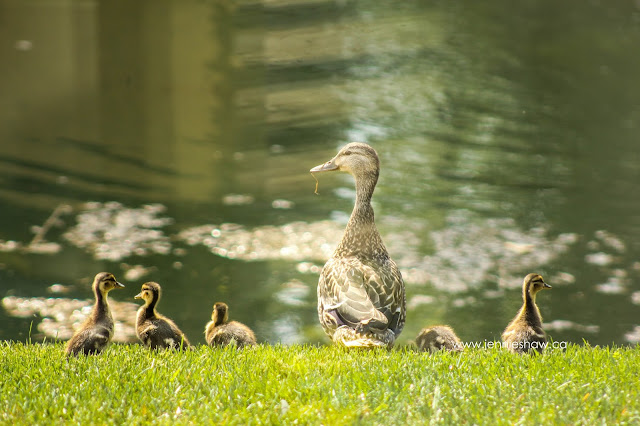 But one day, something awful happened.

The mama and her ducklings were swimming around, minding their own business... 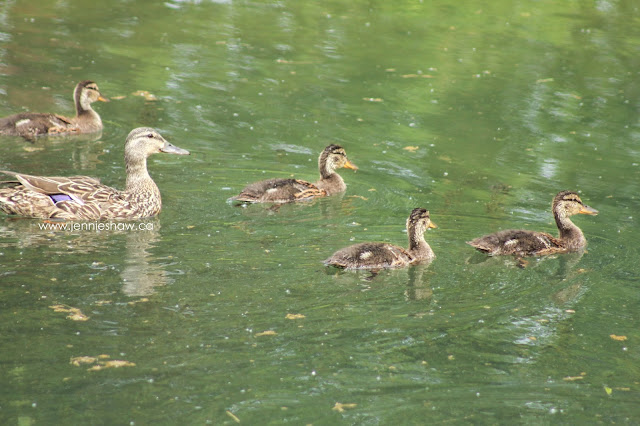 ...when another female duck and a mallard flew into the pond. I thought everything would be okay, because we've had more than one duck on our pond at a time, but then I heard a loud burst of quacking and when I looked out of my window, the mallard had driven the mama out of the pond, pushed her up against our fence, and was attacking her. The ducklings were huddled together in the middle of the pond, freaking the freak out, while the other female couldn’t have cared less and was still eating.


Naturally, I lost my damn mind and ran outside to help the mama. Running around the pond to where the ducks were, the mallard flew away while the mama went back into the pond. Thoroughly confused, I came back inside and Googled what the hell was wrong with the mallard.

And that’s when I learned a horrible truth: ducks are dicks. 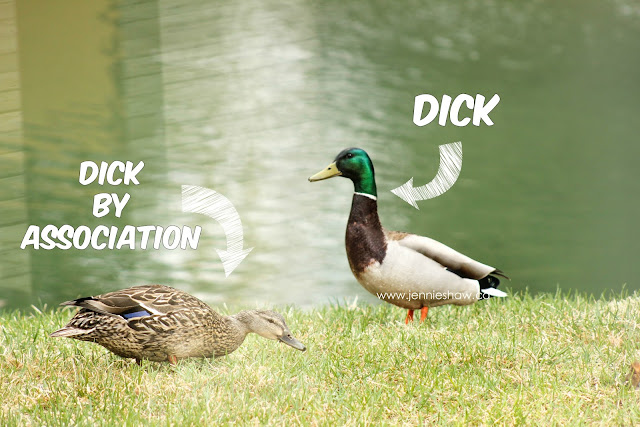 According to every website on the internet (I know because I checked as many as I could find, hoping that the information was wrong), mallards routinely attack single females until they’re worn down enough to be mated with. In other words, mallards are duck rapists, although the science community refers to it as "forced copulation." And the single females most likely to be attacked are ones with ducklings. Even worse, often times there are multiple mallards attacking a single female.

One exceptionally horrific account came from a man who’d videoed an attack. As in he stood there, saw what was happening, and RECORDED IT FOR FUTURE WATCHING. To make matters worse, on his horrible video, he said that he didn’t intervene because “it was nature and what could he do anyway?”

Well I am of a different opinion than that stupid asshat, and because I want our pond to be a "forced copulation"-free zone, I started Single Duck Mama Watch, which first began as me running outside every time I’d hear the mallard land.

At first, he'd fly away when I got within a few feet of him, but after the first few running attacks, he’d fly into the pond instead of flying away, so I had to up my game. 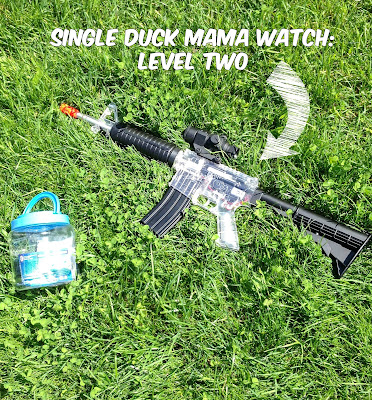 Now, to be clear, this is an airsoft rifle that shoots (biodegradable) pellets. At most, they sting. So when the mallard would start trying to go after the mama, I’d shoot him. I guess it’s important to say that our rifle isn’t that great and the aim is way off, but after a few hits, he’d fly away. However, as rape-y as this guy was, he wasn’t dumb and soon realized that the pellets didn’t actually hurt him, so he'd just scoot away until he was annoyed enough to leave. It took a lot of pellets, though, so I had to go back to the drawing board, temporarily reverting to the mildly more effective Level One.

I wasn't sure what else I could do, and was pretty upset about it, but then I remembered that we had small clay rocks in one of our gardens and Single Duck Mama Watch: Level Three was born. 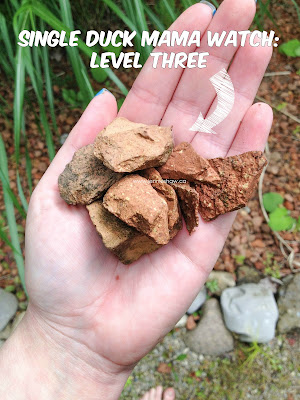 Larger than the pellets, and jaggedy, I figured that they’d work pretty well. And being that I have pretty good hand-eye-coordination, I was confident that I could throw more accurately than the rifle fired. And even if I missed him, they'd make a splash and hopefully scare him off.

Well, it turned out that he wasn't too bothered by the splash, and proved to be quite the agile swimmer, so it took a couple of days for me to finally make contact with him. But when I did, he couldn’t have gotten out of the pond fast enough. And since then, whenever I go outside, he flies away immediately.

It's been a few weeks since there's been an attack and the single duck mama and her flock have come back almost every day. I know it sounds a little Dr. Doolittle-ish, but there's a part of me that believes she knows that I've got her back. Or wings. Whatever. The point is, it's been awesome to see the little ducklings grow up without worrying about their mama. 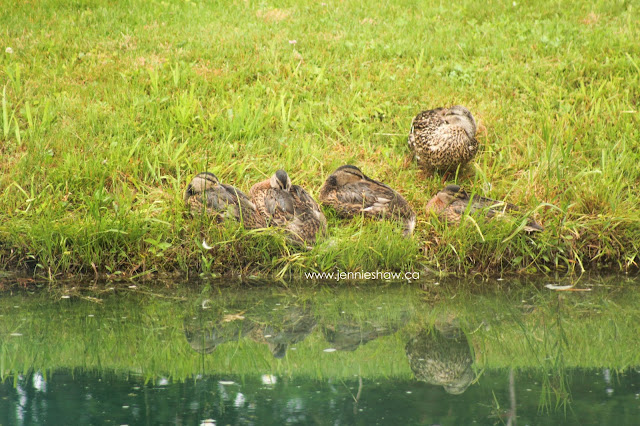 The got big so fast!

So rest easy, Single Duck Mamas of the world, Jennie is here for you.

*restocks pile of rocks, just to be safe*