This is the third book in the Miss Peregrine’s series, and because I don’t want to spoil the amazingness that is this series, my review will focus on why you should totally still read Library of Souls… after you’ve read the first two. Because it’s a series. And that’s how series work best. Haha! As the cover is freaking incredible, I had to do a tribute mani to go along with my review. You know, because that's how my reviews work best. ;) 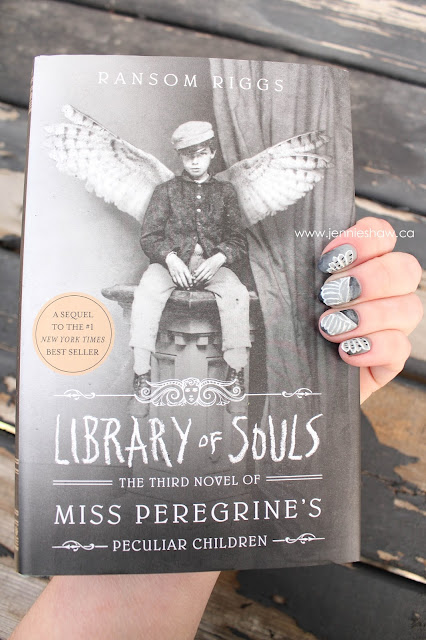 The synopsis, from Goodreads (which is nice and vague and won't ruin the first two for you--nicely done there, synopsis writer!)

The adventures that began with Miss Peregrine’s Home for Peculiar Children and continued with Hollow City comes to a thrilling conclusion with Library of Souls.

As the story opens, sixteen-year-old Jacob discovers a powerful new ability, and soon he’s diving through history to rescue his peculiar companions from a heavily guarded fortress. Accompanying Jacob on his journey are Emma Bloom, a girl with fire at her fingertips, and Addison MacHenry, a dog with a nose for sniffing out lost children.

They’ll travel from modern-day London to the labyrinthine alleys of Devil’s Acre, the most wretched slum in all of Victorian England. It’s a place where the fate of peculiar children everywhere will be decided once and for all.

Like its predecessors, Library of Souls blends thrilling fantasy with never-before-published vintage photography.

The coolest thing about the Miss Peregrine’s series is the way it’s written. Yes, there are words strung together in delightful sentences, which are then compiled into paragraphs (like every other book in existence), but what those words are based on is the difference. Throughout all three books, there are old, black-and-white photos. Most are creepy, some even unsettling—a very Nightmare Before Christmas, kind of vibe, if Nightmare Before Christmas included real people. And having the creep-tastic photos to go alongside the story is what puts this series into its own category. 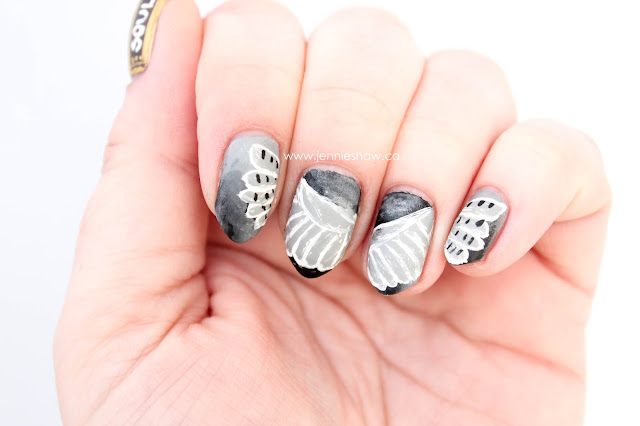 Painting these distressed wings to match the cover photo (which is also in the book itself) was equal parts challenging and super fun. Totally worth it, though! And a matte topcoat gives it just the right amount of vintage flair. I just love it!

Most of the photos are real, and are indexed in the back of each book. Now, I don’t know how much the photos inspired the story, although I wouldn’t be surprised if they had a huge impact on the plot. They all fit perfectly together, as if they’d been developed for the explicit purpose of ending up in Ransom Riggs’s hands so he could bring them all together to tell a tale that is as engaging as it is original. I mean, I literally cannot think of a single other book I’ve read that uses a similar format. 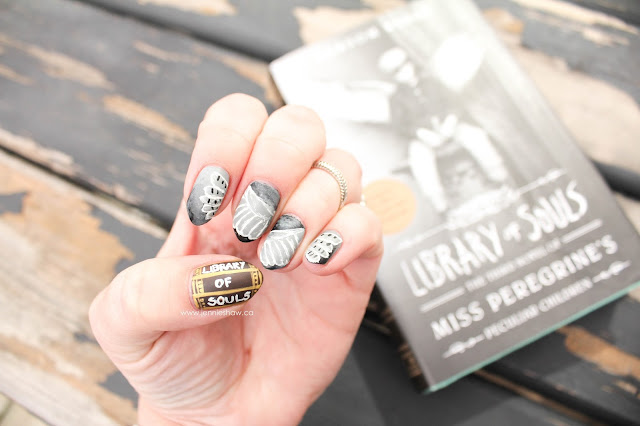 Photos aside, the story itself is extraordinary. With its enormous cast of characters, I can’t begin to imagine how many storyboards Mr. Riggs would have needed to keep them all straight. Because each character is three-dimensional—almost real enough to touch. Plus, the majority of characters are “peculiar,” which means that they have some kind of power. Not quite to an X-men-ish degree, as most aren’t particularly useful on a day-to-day basis, but heck, I’d take any one of them. Err…except for the bees. I’m not a fan of bees. So I tip my hat to the author, because I legitimately don’t know how he did it. Frankly, I’m even a bit jealous. 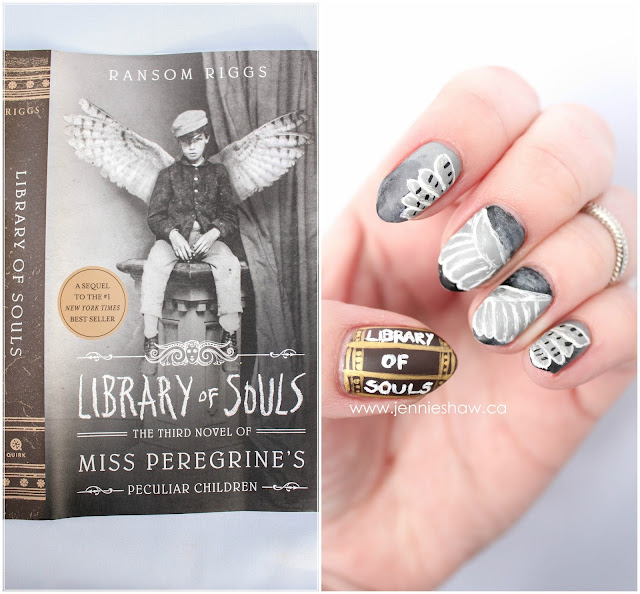 If awesomely creepy black-and-white pictures and characters with strange powers aren't enough to hook you, there’s time travel, super high stakes (the state of the world!), deep friendships, mental-face adventures that keep you on the edge of your seat (literally--I was perched on the couch for a large percentage of each book), and a small splash of romance. So if you’re looking for a way to ignore your family/friends/pets for 24 – 48 hours, depending how long it takes for you to read three books, I highly recommend the Miss Peregrine’s series.