book review (with tribute mani!): the art of falling

I can't believe I'm writing this, but this will be my last nails and tales post for 2015!! Well, aside from a best-of round up, of course. Haha! I thought long and hard about which book I'd end the year on, and the moment I finished this particular book, I knew that (a) the choice was obvious and (b) the tribute mani was going to be hella hard. But hey, sometimes it's good to take on a challenge. ;)

When it comes to choosing books, I’m not usually drawn to emotionally dense stories. It’s not that I have a heart of stone, it’s just that I don’t particularly like reading about feelings. I prefer to read for entertainment, not to grow as a person. Does that make me shallow? Err…don’t answer that. Haha!

But every so often, I throw caution to the wind and pick up a book that gives me all the feels. You know, just to prove to myself that I can be a serious reader (my Grade 12 English teacher would be so proud—shout-out to Mrs. Meikle!).

Enter: THE ART OF FALLING. 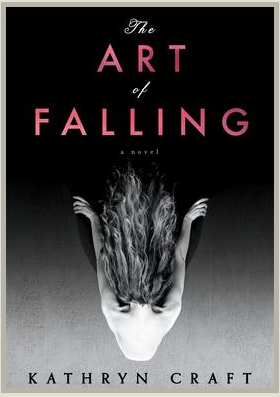 I’ve been a member of the Women’s Fiction Writers Association for a couple of years now (if you write WF, check us out!) and one member, Kathryn Craft, has been incredibly generous with sharing her process. I’d heard fabulous things about her debut novel, THE ART OF FALLING, so, armed with a box of tissues and snuggled up on the couch with a cup of tea, I dove in. And, just like I’d feared expected, it was Feelings R Us. 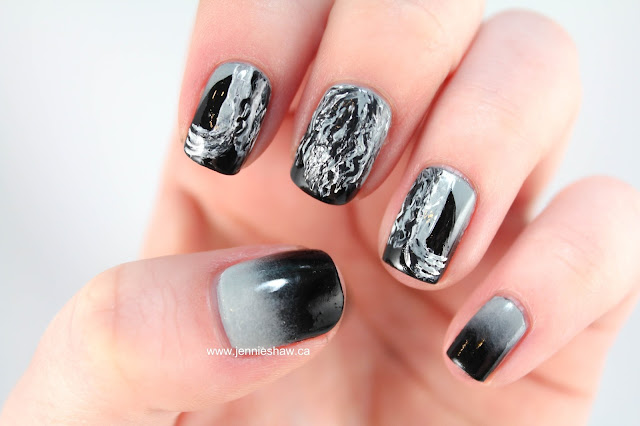 (Side note: This is legitimately the most challenging tribute mani I've ever done. Hands and fingers are hard to draw guys. Either they were stubby or claw-like, neither of which was good because the fingers were supposed to be long and elegant. Ah well, eh? At least I tried.)

There’s no way I can articulate just how wonderful this book is, because, frankly, I’d do a disservice to Kathryn’s prose. But rest assured, folks, Kathryn can write. Yes, in italics. Because wow. By the second chapter, I’d highlighted seven sentences. SEVEN! All beautiful and rich metaphors, haunting descriptions that I couldn’t have put together in a million, trillion years, and careful phrasing that set a deep emotional tone. Kathryn is an author who cuts to the core of her characters, showing their humanity and deepest flaws, but in a way that didn’t make me shy away. It was, for lack of a better word, riveting; one of those books where my brain kept going...

So look, THE ART OF FALLING certainly isn’t an easy read. I didn’t fly through it, racing from plot point to plot point. It felt more like watching a flower bloom, cautious and beautiful. I didn’t want to rush the experience—this isn’t a book to be rushed. That said, I still read it in two days because I couldn’t not keep going.

I mean, there’s Penny, who’s recovering from a mysterious accident while grappling with the idea that she may never dance again, her unexpected roommate Angela, who suffers from Cystic Fibrosis, two strained mother-daughter relationships, eating disorders, lost dreams, and a lonely baker named Marty.

So you see what I’m saying: Not exactly a fun read. 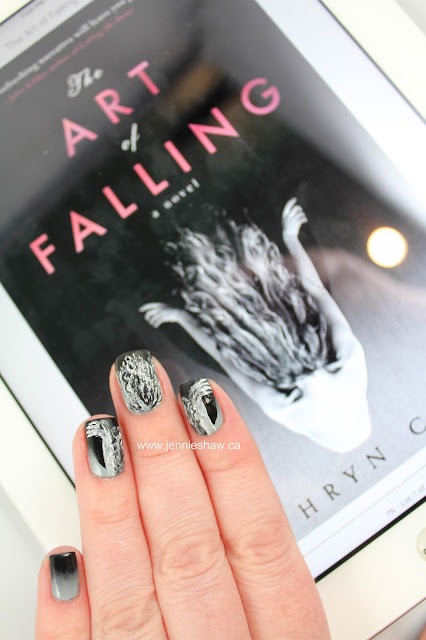 But not all reading is meant to be fun and lighthearted. Some books go beyond entertainment, making you look at the world in a slightly different way. They lift your soul after breaking your heart. I’m not even joking when I say that I hugged my iPad when I finished.


In sum, THE ART OF FALLING is most definitely a rare gem, one that you should probably pick up, even if you’re scared of all the feels. Trust me, if I can handle it, you can too. You can thank me later (after you’ve recovered).