book review (with cover mani!): fool me once

When I learned that Harlan Coben was releasing a new thriller, I immediately pre-ordered it, and lucky for me, it came just in time for Easter weekend, where we were without power for four days. Two of those days went by quickly, mostly because I was immersed in a twisty tale of deception, loyalty, and perseverance, so if you haven't read FOOL ME ONCE yet, I highly recommend putting it in your emergency kit. Haha! 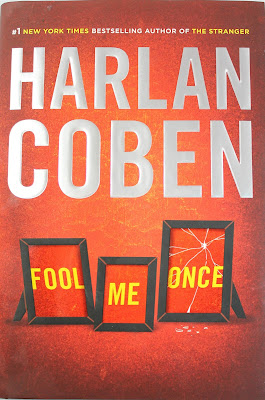 Former special ops pilot Maya, home from the war, sees an unthinkable image captured by her nanny cam while she is at work: her two-year-old daughter playing with Maya’s husband, Joe—who had been brutally murdered two weeks earlier. The provocative question at the heart of the mystery: Can you believe everything you see with your own eyes, even when you desperately want to? To find the answer, Maya must finally come to terms with deep secrets and deceit in her own past before she can face the unbelievable truth about her husband—and herself.

Maya is a poised, former captain in the military and as such, her decisions are made with precision—the execution sharp and definitive. There isn’t much grey in Maya’s world. She sees things differently than most. Perhaps it’s her military background, or maybe a natural propensity to keep people at arm’s length—because those we love can be taken away from us with no notice, at any time—but the end result is a woman who isn’t capable of turning her training off. She can appreciate a fun, family-rich scene, yet she is unable to cross the threshold herself and just be. Even worse, Maya's aware of her detachment, and understands her choice: you can't protect freedom and also experience it. Unfortunately, war doesn't work like that.

So having Maya be a mother is an excellent example of why Harlan Coben is the boss. Because the most unlikely role Maya could ever play--a role that requires engaged attention laced with love--is that of mother. And not just any mother, but the mother to a two-year old girl, one who requires said attention-laced love. Those kinds of contradictions and moral ambiguity are what make Harlan Coben’s work so binge-read-y. Case-in-point, I read FOOL ME ONCE with a flashlight perched on my shoulder because I literally couldn’t stop.

Like most of Coben's work, FOOL ME ONCE stays away from the gruesome violence that can be found in other thrillers, sometimes as a gimmicky way to keep a reader interested, mostly because he doesn’t need it. There’s more than enough intrigue to have readers turning the next page…and the next…and then another. I'm hesitant to cite the myriad of specific reasons on why I loved every second of Maya's quest for the truth, because even the smallest detail could become spoiler-y, which again, is part of the reason why I love Coben's novels so much. Nothing is ever as it seems, especially in this case. So really, the title couldn’t be more fitting. 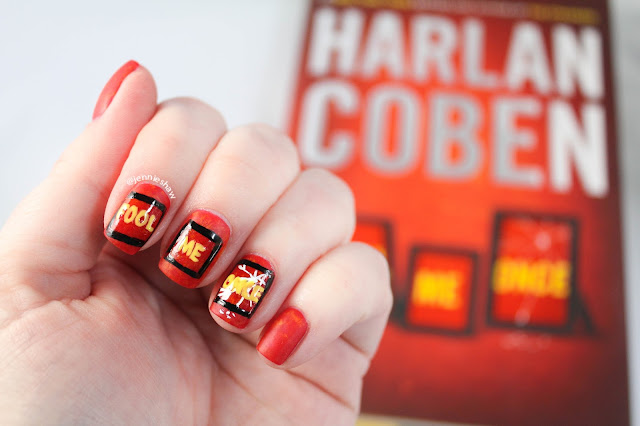 If you're into thrillers and mysteries with a steady beating heart and more twists and turns than a freaking roller coaster--a book you'll burn through faster than kindling on a fire--then pick up FOOL ME ONCE! Even Pickle loved it! Haha! 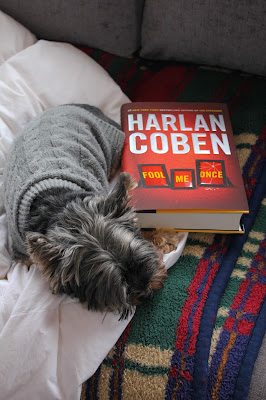 For this cover mani, I used:
Dovima by NARS
Sun Worshiper and Liquid Leather by China Glaze
Abbie by Julep
Matte Top Coat by OPI
HK Girl Top Coat by Glisten and Glow
A thin, trimmed nail art brush, and saran wrap for the marbled base