One of the fun parts about being a member of the Women's Fiction Writer's Association is the discovery of new authors. There's just so much freaking talent in the WFWA, guys and gals. So freaking much!! And Barbara Claypole White definitely is no exception. Her third novel, THE PERFECT SON, was a masterful pileup of contradictory emotions: heart-swelling versus heartbreak, hope versus despair, and denial versus acceptance. In other words, it was one captivating read, and I literally hugged it when I finished. 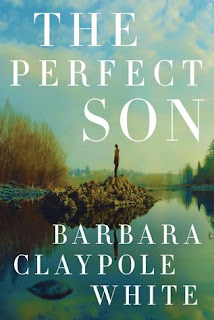 From a distance, Felix Fitzwilliam, the son of an old English family, is a good husband and father. But, obsessed with order and routine, he’s a prisoner to perfection. Disengaged from the emotional life of his North Carolina family, Felix has let his wife, Ella, deal with their special-needs son by herself.

A talented jewelry designer turned full-time mother, Ella is the family rock…until her heart attack shatters their carefully structured existence. Now Harry, a gifted teen grappling with the chaos of Tourette’s, confronts a world outside his parents’ control, one that tests his desire for independence.

As Harry searches for his future, and Ella adapts to the limits of her failing health, Felix struggles with his past and present roles. To prevent the family from being ripped apart, they must each bend with the inevitability of change and reinforce the ties that bind.

In a crisis, there are several options: step up, step aside, or run away. No doubt, it’s a scary time for whoever’s involved, and more so if you’re a neurotic hot mess who’s never had to be in charge of family matters. Enter: Felix.

Oh Felix. At times, I wanted to scream at him. He was just so critical and negative, not just in regards to himself, but everyone else around him. And when he’s required to become an active parent in his son Harry’s life, it’s certainly not an easy transition. For the first part of the book, I couldn’t connect with Felix, but slowly, backstory appeared and each time, a little piece of my heart would break and float to the ground (where I’d pick it up straight away because Felix loathes a dirty floor). Poor Felix. He never really stood a chance, and at times, I was awed by Claypole White’s ability to create a hyper-self-aware character who doesn’t appear to have much self-awareness. On the inside, Felix was basically freaking out twenty-four-seven, but the only way he was able to express his worry was through criticism. Obviously, this character element didn't win him any friends, and even worse, it created a combative relationship between himself and Harry, to the point that I worried he wouldn't be able to get it together.


In direct contrast to Felix's aloofness was Harry. Sweet, witty, kind Harry. Of all the characters in THE PERFECT SON, Harry was one of my favourites—a flawlessly written teenage boy whose Tourette’s made every day an extraordinary effort. All Harry wanted was to be loved and accepted by those around him and find his own way in the world. Coincidentally, that’s exactly what his father craved as well, yet neither knew how to give love to the other. Or accept it, for that matter.

And that’s what tied this whole book together, for me: love. Love for family, love for spouses, love for children, love for parents, love for basically everybody. How to express it, gather it up, and spread it around when the glue of a family is taken away, which brings me back to my first point: that THE PERFECT SON is a metaphorical Thunderdome of emotions. 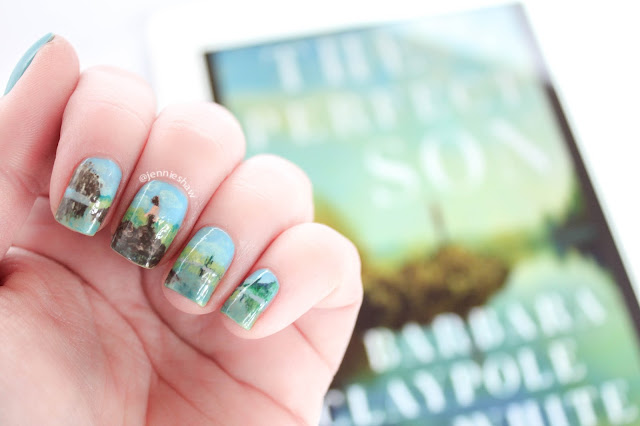 In addition to love, I also think that learning to be vulnerable was a theme that applied to each main character. Ella needed to take time for herself instead of centering her life around Harry; Felix had to learn to ask for help when he needed it; and Harry had to gather the courage to transition into adulthood. Add in a couple of more light-hearted supporting characters (one who, in particular, I’d love to take a stroll around a garden with), and Claypole White set a perfect scene for personal growth. Whether each character wanted to do it or not.

So if you're into family sagas ripe with emotional growth, then THE PERFECT SON is for you! Just make sure you hole up in your reading nook with some tissues, as there's a pretty good chance you'll need them (along with some gin, if you're into that, ha!).