The second I saw the cover of JANE STEELE, I knew it had to be mine. I mean, vintage weapons? Bursts of blood? A beautiful matte finish? Yes please. And when I picked it up to read the back blurb, my hands became all sorts of grabby. 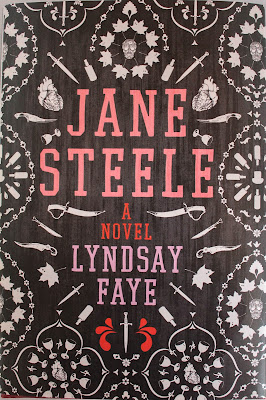 Reader, I murdered him.

A Gothic retelling of Jane Eyre.

Like the heroine of the novel she adores, Jane Steele suffers cruelly at the hands of her aunt and schoolmaster. And like Jane Eyre, they call her wicked - but in her case, she fears the accusation is true. When she flees, she leaves behind the corpses of her tormentors.

A fugitive navigating London's underbelly, Jane rights wrongs on behalf of the have-nots whilst avoiding the noose. Until an advertisement catches her eye. Her aunt has died and the new master at Highgate House, Mr Thornfield, seeks a governess. Anxious to know if she is Highgate's true heir, Jane takes the position and is soon caught up in the household's strange spell. When she falls in love with the mysterious Charles Thornfield, she faces a terrible dilemma: can she possess him - body, soul and secrets - and what if he discovers her murderous past?

So yeah. A gothic retelling of Jane Eyre sounded like the greatest concept of all time and much to my delight, it was as fabulous as I’d hoped it would be. Jane Steele is a charming character, which may sound strange because she’s also a bit of a murderess, but then again, I love me some murderesses. Haha! And what makes Jane sympathetic is that although she’s quick with a switchblade, it’s always for a good cause. Back in Jane’s day, women were particularly vulnerable, so when her friends got into trouble, Jane stepped in on their behalf. 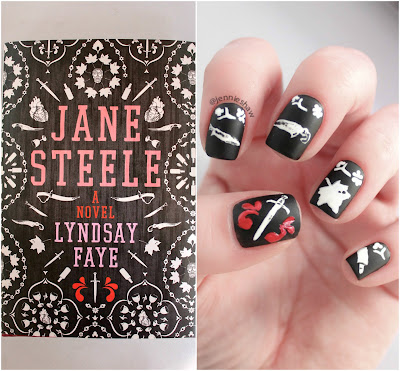 And yet, this book isn’t even almost a female Dexter. While that renowned character is unequivocally without a soul, Jane Steele’s remains firmly in place. She has a moral compass she doesn’t stray from, often sacrificing herself in order to rescue others. So when she arrives back at Highgate House, after surviving a whole host of unfortunate (and deadly) events, she’s a much different woman. She’s more assured and confident, but she never loses her fundamental desire: to belong. 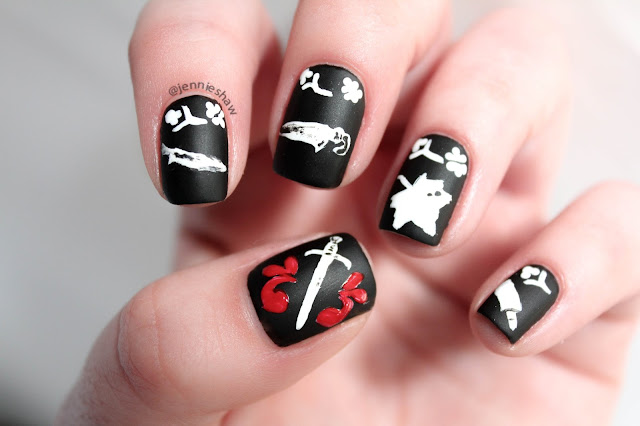 Because at her core, Jane is lonely. Without a home or any family, she yearns for love. Even after all she’s done and all she’s witnessed, Jane still believes in love. It was uplifting, to be frank. And as in Jane Eyre, her love interest, Mr. Thornfield, isn’t exactly all sunshine and bonbons, but he sure is nice to look at, in that deliciously rugged, tortured-soul kind of way, and his sense of humour is dry and witty, with just enough light-hearted teasing for Jane to remain unsure on whether he's flirting or simply being kind. Mmmm...Mr. Thornfield. Haha! 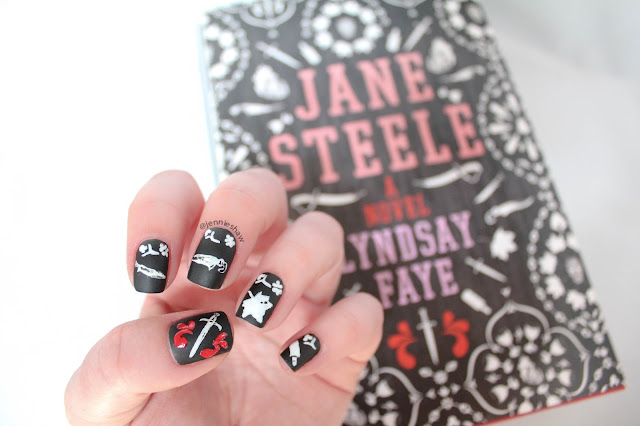 The sheer amount of historical information folded into the plot of JANE STEELE is remarkable, and the writing is melodic and engaging. So if you’re into dark but relatable plots with endearing, emotionally scarred characters who capture your heart, then this book is for you!

And for more, non-book cover manis, check out my IG account! (@jennieshaw)