The Dorothy Must Die Series is pretty much the best. A reimagining of Oz where Dorothy's the villain? YES PLEASE! Haha! And the latest instalment is book three, titled YELLOW BRICK WAR, which continued the same awesome story, found in the first two.

(Caution: there are some mild spoilers in my review--nothing that would take away from your enjoyment of the books, but this is book three, so if you want to be surprised about EVERYTHING, you may just want to look at my mani and then bail. Haha!) 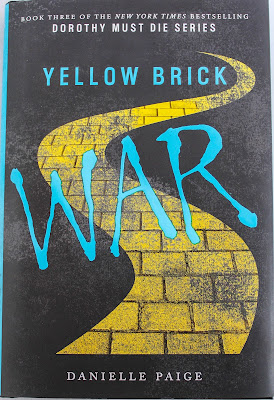 In this dark, action-packed third book in the New York Times bestselling Dorothy Must Die series, Amy Gumm—the new girl from Kansas—must do everything in her power to save Kansas, kill Dorothy, and make Oz a free land once more.Amy Gumm’s mission to take down Dorothy Gale is not going according to plan. Dorothy has found a way to bridge the worlds of Oz and Kansas, and if the power-hungry dictator of Oz has her way, Kansas will be destroyed forever. Now, Amy has to team up with the Revolutionary Order of the Wicked to save her home, restore the balance between the magic and nonmagic worlds, maybe get the guy—and kill that not-so-sweet Kansas farm girl once and for all.In the third installment of the New York Times bestselling Dorothy Must Die series, Danielle Paige’s twisted versions of beloved Oz characters are back, including the biggest, baddest, most famous of all: the Wicked Witch of the West.Welcome to the other side of the rainbow. Here there’s danger around every corner, and magic shoes won’t be able to save you.


Poor Amy Gumm. She really can't catch a break. She becomes one of the lucky few to arrive in Oz, only to find that it's gone to hell in a hand basket--probably the same hand basket Dorothy had used to hold Toto. You know, until Toto turned into a gigantic beast who'd eat your face, courtesy of Dorothy's evil magic. Haha!

What I really appreciate about this series is just how different Oz is from the original story I know and love. Sure, there's still magic--heck it's what everybody's fighting over--but each once-familiar character is virtually unrecognizable. Corrupted, as only absolute power can do. And yet, nobody's too bad or too good. There's a saying that a writer must understand every antagonist is the protagonist in their own story, and this series is an excellent example of that. Yup, Dorothy's lost it, but she's still just sympathetic enough to avoid becoming a cardboard super-villain. And yeah, Glinda's a sparkly pink ball of terror, but we know how she got there and it's a little bit sad. Bad choices, yes, but human ones. Add some unpredictable magic into the equation and you've got some outstanding antagonists--ones who I'm kind of obsessed with. 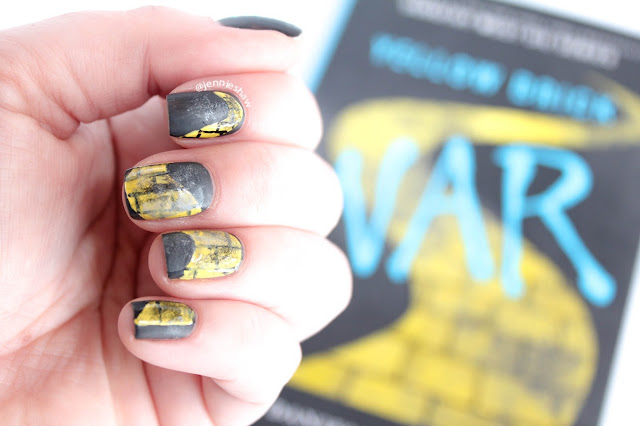 Along the same vein, The Dorothy Must Die series doesn't have a definitive line between "good" actions and "bad" actions. The Order of the Wicked (coven of witches attempting to overthrow Dorothy) reminds me of The Maze Runner series, specifically the phrase: Wicked is good. But are they? Are these witches who claim to be helping Amy get rid of Dorothy really working in Amy's best interest? Of course not. They know it, she knows it, and that's why this series is so interesting. Nobody can be trusted yet somebody has to lead the way, otherwise Oz will cease to exist all together, which isn't an option any want to consider. So that means Amy must fight her impulse--the ball of worry in her stomach, if you will--and follow the Order's instructions, even when it means sacrificing herself over and over again. Especially in YELLOW BRICK WAR, where Amy's forced to not just battle Dorothy, but her own past as well, the fate of both worlds hanging heavy on her shoulders like a formerly-flying monkey. Yikes, to put it mildly. 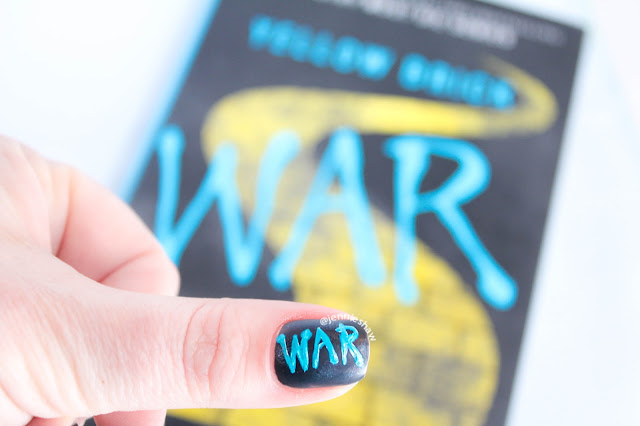 So if you're a fan of the original WIZARD OF OZ, you'll love the Dorothy Must Die series. All of your favourite characters are reimagined in ways that you'd never believe and the action never stops. Throw in some teenage angst and a little bit of romance, and an already original tale becomes even better, which pretty much means that you need to read this series. I already can't wait for the next release!