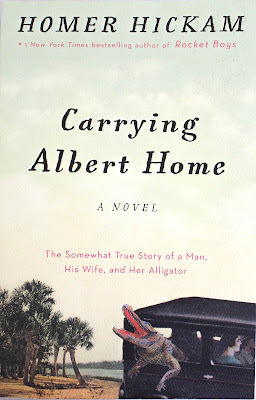 Big Fish meets The Notebook in this emotionally evocative story about a man, a woman, and an alligator that is a moving tribute to love, from the author of the award-winning memoir Rocket Boys—the basis of the movie October Sky

Elsie Lavender and Homer Hickam (the father of the author) were high school classmates in the West Virginia coalfields, graduating just as the Great Depression began. When Homer asked for her hand, Elsie instead headed to Orlando where she sparked with a dancing actor named Buddy Ebsen (yes, that Buddy Ebsen). But when Buddy headed for New York, Elsie’s dreams of a life with him were crushed and eventually she found herself back in the coalfields, married to Homer.

Unfulfilled as a miner’s wife, Elsie was reminded of her carefree days with Buddy every day because of his unusual wedding gift: an alligator named Albert she raised in the only bathroom in the house. When Albert scared Homer by grabbing his pants, he gave Elsie an ultimatum: “Me or that alligator!” After giving it some thought, Elsie concluded there was only one thing to do: Carry Albert home.

Carrying Albert Home is the funny, sweet, and sometimes tragic tale of a young couple and a special alligator on a crazy 1000-mile adventure. Told with the warmth and down-home charm that made Rocket Boys/October Sky a beloved bestseller, Homer Hickam’s rollicking tale is ultimately a testament to that strange and marvelous emotion we inadequately call love.

There are so many things I love about this book that I don’t quite know where to start. The writing is beautiful, with prose that has its own heartbeat, guiding you down the page—the kind of writing that allows the rest of the world to quietly melt away while you lose yourself in another world. I had to slow myself down, in order to prolong the experience because I honestly didn’t want it to end (and not just because I thought I’d cry which, mild spoiler alert, I did). 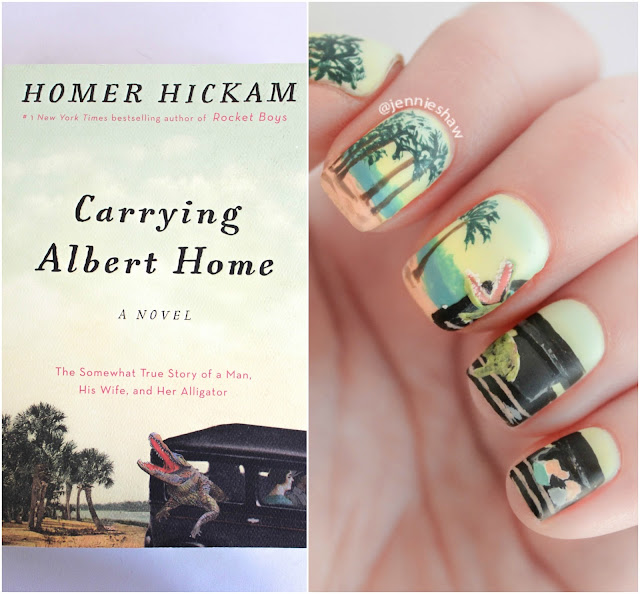 Along with the dynamic and lyrical, yet still accessible writing (how did Homer Hickam do that?!) each character springs to life in their own unique way. Homer (the father) has his feet firmly on the ground while Elsie dreams about what could have been, which is why they work so well together. And then there’s Albert, the alligator. I hadn’t ever thought I would fall in love with a reptile, as I’m more partial to fluffy little muffins, but after Albert’s first request for a belly rub, rolling onto his back with a toothy grin, I found myself wondering if I too, could have an alligator for a pet. When Albert is happy, he makes a yeah, yeah, yeah sound and I could barely handle the surge of love that strained my heart each time those three words appeared on a page. If there were TEAM ALBERT t-shirts, I’d totally get one. Heck, I'd probably get two. 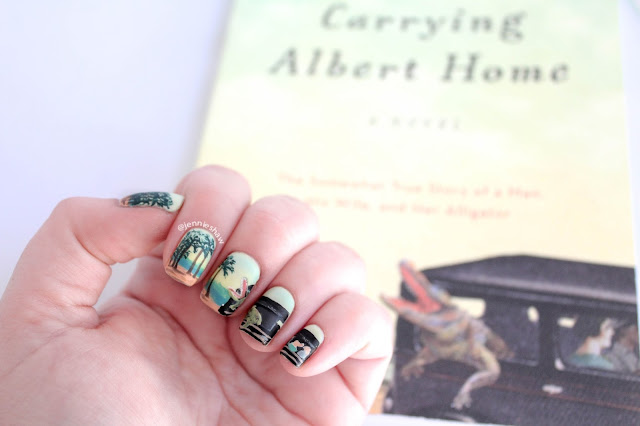 Elsie, Homer, Albert, and the random rooster's surprising tale reminded me a bit of Jonas Jonasson’s work, with ordinary people put into extraordinary circumstances, and I won’t ruin any of their adventures by going into detail. Because those delightful adventures, or misadventures as some could be categorized, are what make this book so wonderful. Yes, they teeter on the edge of believability, but this isn’t a memoir, it’s fiction, and the characters are so enchanting, all you need to do is hold on for the ride.


So if you’re looking for a book that makes you feel good—those warm fuzzy feelings that act like a hug for your soul—then you definitely need to read CARRYING ALBERT HOME.

For this mani, I used half of my collection:

And for more, non-book-related manis, make sure to check out my IG account! (@jennieshaw)