Mirror, mirror, on the wall, what’s my favourite fairytale retelling of them all? Spoiler alert: it’s THE SHADOW QUEEN. Haha! Although with that said, it could be argued that THE SHADOW QUEEN isn’t exactly a retelling, as much as it takes the essence of Snow White—loose characterizations and plot arc—and presents a brand new, kick-assy story. 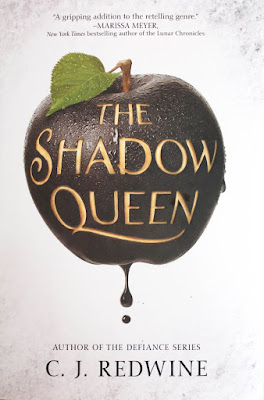 Lorelai Diederich, crown princess and fugitive at large, has one mission: kill the wicked queen who took both the Ravenspire throne and the life of her father. To do that, Lorelai needs to use the one weapon she and Queen Irina have in common—magic. She’ll have to be stronger, faster, and more powerful than Irina, the most dangerous sorceress Ravenspire has ever seen.

In the neighboring kingdom of Eldr, when Prince Kol’s father and older brother are killed by an invading army of magic-wielding ogres, the second-born prince is suddenly given the responsibility of saving his kingdom. To do that, Kol needs magic—and the only way to get it is to make a deal with the queen of Ravenspire, promise to become her personal huntsman…and bring her Lorelai’s heart.

But Lorelai is nothing like Kol expected—beautiful, fierce, and unstoppable—and despite dark magic, Lorelai is drawn in by the passionate and troubled king. Fighting to stay one step ahead of the dragon huntsman—who she likes far more than she should—Lorelai does everything in her power to ruin the wicked queen. But Irina isn’t going down without a fight, and her final move may cost the princess the one thing she still has left to lose.

As the heroine, Lorelai's contradictions and sense of self made for a fabulous character. She's emotionally and physically strong, but also very tense—a character already at the end of her rope, which is a marvelous way to introduce a character. And not only is there one character whose back is pressed up against a cold brick wall of No Good Choice, but there are two, because after Prince Kol’s entire family is slaughtered by ogres, it’s up to him to save his kingdom. Have I mentioned that both Lorelai and Kol have yet to reach their 20s? Talk about a teenage nightmare. And even worse? 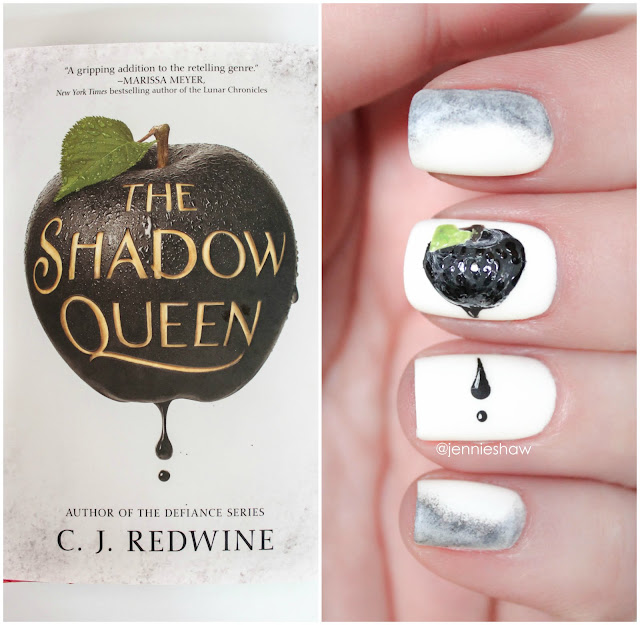 With everything to lose, Lorelai and Kol take enormous risks, while magic abounds from the wicked queen, Irina, who's determined to keep Ravenspire under her control. In addition to the dark magical delights in THE SHADOW QUEEN, the fight scenes act as superb, action-packed pockets of awesome and I loved that Lorelai not only held her own, but was also unafraid to get her hands dirty. Magic is cool and all, but a gal’s gotta know how to scale a wall too. 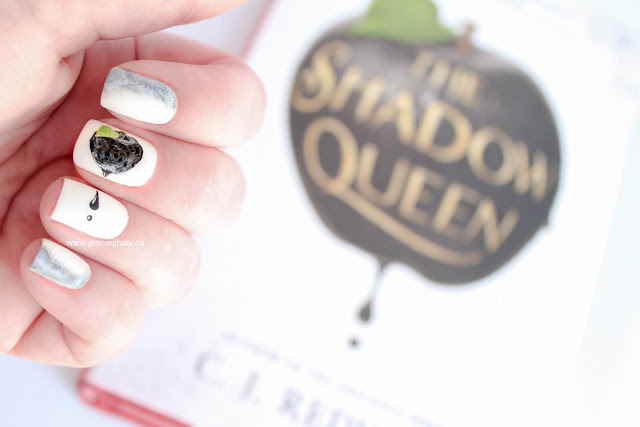 In sum, I’m all about THE SHADOW QUEEN. The pace moved along quickly and with a little romance thrown into all of the plot’s nastiness, the end result was a fantastic tale of vengeance, love, and loyalty. If you're into fairytale retellings where the damsel rescues herself, then this book is for you!

To see more, non-book-related manis, make sure to check out my IG account! (@jennieshaw)