Of all the sports in the world, tennis is my favourite. I love the cute outfits, emphasis on sportsmanship, and hitting the crap out of something within a confined space. Also, there's the scent of freshly popped tennis balls. Mmmm. Haha! In addition to those elements, I love Lauren Weisberger, so it's no surprise that I picked up THE SINGLES GAME.


The back jacket, from Goodreads:

The new novel from the New York Times bestselling author of The Devil Wears Prada and Revenge Wears Prada—a dishy tell-all about a beautiful tennis prodigy who, after changing coaches, suddenly makes headlines on and off the court.
Charlotte “Charlie” Silver has always been a good girl. She excelled at tennis early, coached by her father, a former player himself, and soon became one of the top juniors in the world. When she leaves UCLA—and breaks her boyfriend’s heart—to turn pro, Charlie joins the world’s best athletes who travel eleven months a year, competing without mercy for Grand Slam titles and Page Six headlines.
After Charlie suffers a disastrous loss and injury on Wimbledon’s Centre Court, she fires her longtime coach and hires Todd Feltner, a legend of the men’s tour, who is famous for grooming champions. Charlie is his first-ever female player, and he will not let her forget it. He is determined to change her good-girl image—both on the court and off—and transform her into a ruthless competitor who will not only win matches and climb the rankings, but also score magazine covers and seven-figure endorsement deals. Her not-so-secret affair with the hottest male player in the world, sexy Spaniard Marco Vallejo, has people whispering, and it seems like only a matter of time before the tabloids and gossip blogs close in on all the juicy details. Charlie’s ascension to the social throne parallels her rising rank on the women’s tour—but at a major price.
Lauren Weisberger’s novel brings us exclusive behind-the-scenes details from all the Grand Slam tournaments: the US Open, the French Open, the Australian Open, and Wimbledon. Charlie Silver jets around the globe, plays charity matches aboard Mediterranean megayachts, models in photo shoots on Caribbean beaches, walks the red carpet at legendary player parties, and sidesteps looming scandals—all while trying to keep her eyes on the real prize. In this sexy, unputdownable read about young tennis stars who train relentlessly to compete at the highest levels while living in a world obsessed with good looks and Instagram followers, Charlie must discover the secret to having it all—or finally shatter the illusion for good.
__


THE SINGLES GAME has a lot going for it. Charlie is the kind of character you'd want to grab a beer with--or a water with lime because Charlie's in training--and her drive is apparent right away. Recovering from a severe injury is no joke, and adding the pressure of coming back as good, if not better, than before the injury could've crippled Charlie. But she isn't the sort of gal who'd just give up on her dream. Nope. Not her style at all. In fact, Charlie wants to climb the rankings so badly, she hires Todd Feltner, who's pretty much the worst. I mean, he's also the best when it comes to coaching players who win Slams, but as far as being an actual human being with feelings, he stinks. But Charlie's willing to do what it takes, even if she has to change who she is. And oh man, does Charlie get caught up in the superstar game, both on and off the court, which brings me to another ace aspect of THE SINGLES GAME: the tennis. 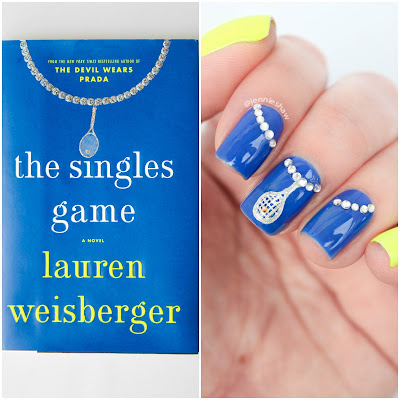 Having played tennis since childhood and being lucky enough to have attended the Rogers Cup and French Open (Roland-Garros), I've seen the game from both sides of the net. Rest assured, folks, you're getting the real deal here. Weisberger describes every detail of the game in such technicolour that I pictured myself watching Charlie from the stands at Wimbledon, while sweating with her as she tried to win match points. This book is in-your-face tennis, guys and gals, which is frickin' awesome, and the second reason you've got to read it. 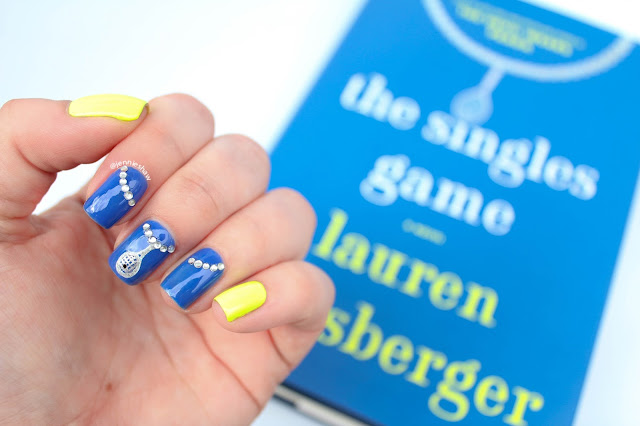 The other characters who help Charlie achieve her dreams are the third reason you need to pick up THE SINGLES GAME. Although this book appears to be about Charlie's rise to the top, it's actually about Charlie deciding what sort of person she wants to be, and her brother, father, and hitting partner are the grounded relationships that offer her a mirror. The banter between them is relatable, and I really enjoyed the inside jokes and heartfelt memories. I also think it's important to note there's a Level 10 Smokeshow of a Spaniard you'll get to drool over. Hello hottie! Haha!

So for reals, people, what else do you need to know? Just buy it already! And if you want to add to your reading experience, snap the lid off a fresh container of tennis balls and take a big whiff. It'll set the perfect mood. ;)