Instead of waiting until the end of my review, I've decided to start with my recommendation. In short: you must read the Six of Crows duology, for which CROOKED KINGDOM is the sequel. Leigh Bardugo is a frickin' evil genius (in the most complimentary way possible). She created unbelievably rich characters--the kinds of characters you cheer for even when they're not at their best--and then dropped them into a breath-holding plot, where everything that can go wrong, does. So do yourself a solid and pick up SIX OF CROWS. You'll get sucked in right away, and after you've taken a moment to recover from its ruthless roller coaster of emotion, you'll be ready for the tension-riffic sequel, CROOKED KINGDOM.

Okay. Now that we've gotten that out of the way, on with the rest of my review! As with all the series I review, I won't include any sort of spoiler (or the synopsis because it also has spoilers) but I will gush about why CROOKED KINGDOM is the best sequel ever in existence. 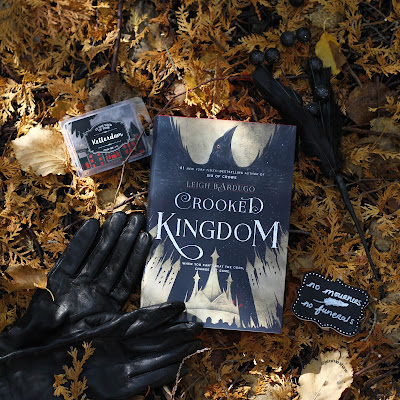 I gravitate towards plot-based novels, as my attention span needs action to stay engaged, and the Six of Crows series definitely hits the mark. Kaz's complicated plans always kept me guessing, and so many things went wrong that at times, I was too nervous to keep reading. In fact, I probably took three breaks (or more) during CROOKED KINGDOM, where I had to stop myself from Googling spoilers, because I was freaking out about a certain character's fate and needed to prepare myself. The idea I was even contemplating such an act should serve as a testament to the unrelenting tension. If I bit my nails, they'd be a jagged, mangled mess. 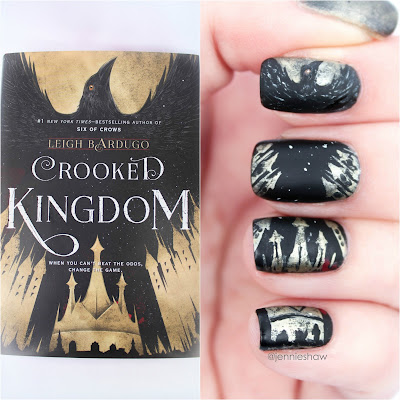 But along with a plot that made my heart flutter and ache, is a tremendous cast of characters. They came from different lands, different perspectives, and different backgrounds, but joined forces as a band of misfits who worked together in order to survive.

There's Kaz, aka Dirtyhands, the bastard of the Barrel; Inej, aka The Wraith, who finds and keeps the darkest of secrets; Jesper, a gambling addict with a bullseye aim and matching pearl-handled pistols; Nina, a Grisha who uses her powers to keep casualties at a minimum (at first, anyway); Matthias, a former soldier trained to hunt Grisha, who finds love in the most unexpected place; and Wylan, a merchant's son with a hidden talent of his own. What a crazy group of young adults, eh? I don't think I'd be able to pick which character I liked most. All are flawed, vulnerable, strong, courageous and brave, and they all feel like family. Granted, the kind of family who you wouldn't put out the fine china for because you'd lose at least half the silver, but family nonetheless.

And having such a diverse cast meant that each character had his or her own goal, which translated into conflicting actions--the constant weighing of which goal was the most important. Naturally, that depended on who was in charge and who was willing to go behind their back. Gah, I love these books so much!! 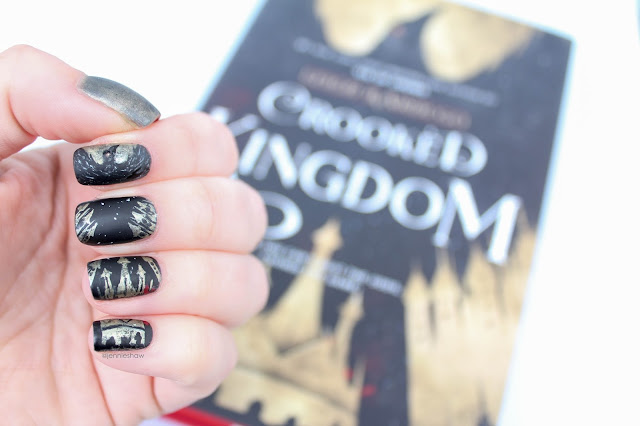 So in reference to the beginning of my review, why haven't you started reading this duology yet? I mean, what more could you ever want from a pair of books? Plus, the pages have coloured edges! Black for SIX OF CROWS and red for CROOKED KINGDOM. Too frickin' cool, right?! It's like the duology that keeps on giving! So buy them, people. Buy them and read them now! Then go back to the bookstore and pick up copies to give away. Do whatever you can to spread the awesomeness around. Because doesn't everybody deserve a little bit of awesomeness? :)