You know when a cover is so frickin' pretty that you don't really care what the book's about because you just need the beauty on your bookshelf so you can stare at it forever and ever? Well when it comes to THE THOUSANDTH FLOOR, not only do you get a stunning cover, but you get a super cool story, too! That's a double win, folks! 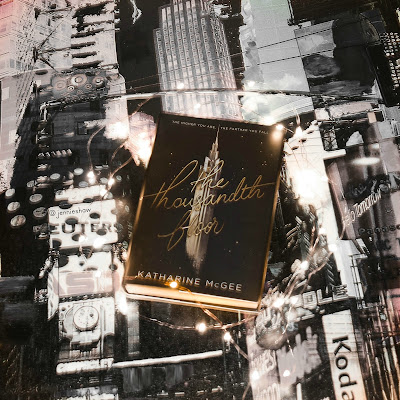 NEW YORK CITY AS YOU'VE NEVER SEEN IT BEFORE.
A thousand-story tower stretching into the sky. A glittering vision of the future where anything is possible—if you want it enough.
WELCOME TO MANHATTAN, 2118.
A hundred years in the future, New York is a city of innovation and dreams. Everyone there wants something…and everyone has something to lose.
LEDA COLE’s flawless exterior belies a secret addiction—to a drug she never should have tried and a boy she never should have touched.
ERIS DODD-RADSON’s beautiful, carefree life falls to pieces when a heartbreaking betrayal tears her family apart.
RYLIN MYERS’s job on one of the highest floors sweeps her into a world—and a romance—she never imagined…but will this new life cost Rylin her old one?
WATT BAKRADI is a tech genius with a secret: he knows everything about everyone. But when he’s hired to spy for an upper-floor girl, he finds himself caught up in a complicated web of lies.
And living above everyone else on the thousandth floor is AVERY FULLER, the girl genetically designed to be perfect. The girl who seems to have it all—yet is tormented by the one thing she can never have.
Amid breathtaking advancement and high-tech luxury, five teenagers struggle to find their place at the top of the world. But when you're this high up, there's nowhere to go but down...

Welcome to the future, fellow readers! A world where technology takes care of most menial tasks with the simple push of a button. Like for reals, how much longer will it be until I can get a device that perfectly curls my hair, and then pins it back with an incandescent flower that changes colour? Or how about self-driving hover cars--the new, driverless Uber! When is that going to happen? And have you ever been unexpectedly caught in the rain? Well fear no more, people, because in future, rain is scheduled, and most of Manhattan lives in a single building, comprised of one thousand floors. Yup, it's an entirely different world. One of convenience, splendour, and luxury. But to quote the profound lyrical genius The Notorious B.I.G., "It's like the more money we come across, the more problems we see." And wowee, guys and gals, are there ever problems. 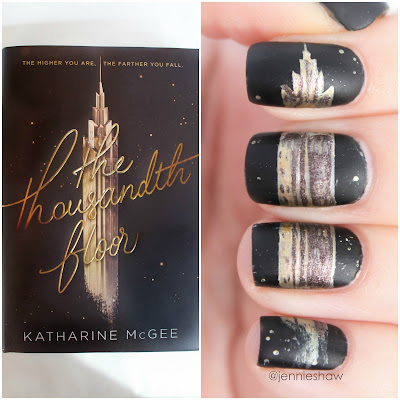 Drug problems. Unrequited love. Betrayal. Exile. Jealousy. Yup, THE THOUSANDTH FLOOR has them all! Each character has his or her own arc--a goal they want to achieve--and much to my delight, they're in conflict with each other, right from the start. And although most characters live on the upper floors, in a virtual bubble of decadence, there are others who maintain a more average existence. Their grounded view provides an opportunity for growth, as they hold up a mirror to the upper floor kids who are trapped in dramas of their own creation while blissfully oblivious to everyday struggles. Don't get it twisted though, because each character in THE THOUSANDTH FLOOR has hidden agendas and motivations, no matter what floor they live on. 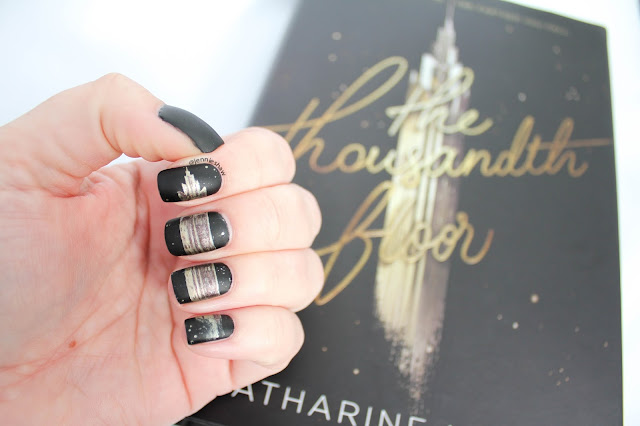 I connected to each character pretty early on, and wound up rooting for just about everybody. The writing is wonderfully descriptive, and when it comes to imaginative technological developments, the ideas are next-level. But hidden inside the tension that kept me turning pages was a subtle, yet powerful message. One character had both a female and male love interest, and aside from an inquisitive friend asking for the hot and steamy deets, there wasn't one opinion or judgement on the matter. Nobody so much as blinked at the switch and man, as much as I look forward to instant hair curling machines and chauffeur-less rides, I really hope it's not another hundred years before we can stop worrying about gender. Love is love, people. End of discussion. And this is the first book I've read (outside of high fantasy) where it wasn't an issue that needed dissection or explanation. So mega props to Katharine McGee for normalizing fluid sexuality. It's hard to convey a message without coming across as preachy, and she did a bang-up job. (Also, mega props to myself for only making that one pun, haha!)

So if you're looking for a new series that includes fantastical technological advancements alongside good old-fashioned, high-intensity teenage drama, then THE THOUSANDTH FLOOR is for you! With the crazy pants ending to this one, I know that I'll definitely be picking up the second. :)

And for more book and nail pics, check out my IG page! (@jennieshaw)