Her writing is incredible, the characters she creates are uncomfortably dark, and the plots are beyond twisted. Yes, I said twisted in stead of twisty, because that's what makes Slaughter books so insane (and, if I'm being honest, kind of icky). She makes terrible things happen, and just when I think it's as bad as it can get, things always gets worse. Slaughter's books are the sort that seem strange to say that I loved, because the subject matter offers a buffet of the worst humanity has to offer, but they're completely enthralling. THE KEPT WOMAN, included. 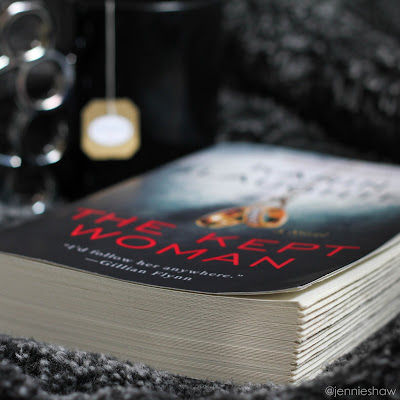 Husbands and wives. Mothers and daughters. The past and the future.

Secrets bind them. And secrets can destroy them.
The author of the acclaimed standalone Pretty Girls returns with this long-awaited new novel in her bestselling Will Trent series—an electrifying, emotionally complex thriller that plunges the Georgia detective into the darkest depths of a case that just might destroy him.
With the discovery of a murder at an abandoned construction site, Will Trent and the Georgia Bureau of Investigation are brought in on a case that becomes much more dangerous when the dead man is identified as an ex-cop.
Studying the body, Sara Linton—the GBI’s newest medical examiner and Will’s lover—realizes that the extensive blood loss didn't belong to the corpse. Sure enough, bloody footprints leading away from the scene indicate there is another victim—a woman—who has vanished . . . and who will die soon if she isn’t found.
Will is already compromised, because the site belongs to the city’s most popular citizen: a wealthy, powerful, and politically connected athlete protected by the world’s most expensive lawyers—a man who’s already gotten away with rape, despite Will’s exhaustive efforts to put him away.
But the worst is yet to come. Evidence soon links Will’s troubled past to the case . . . and the consequences will tear through his life with the force of a tornado, wreaking havoc for Will and everyone around him, including his colleagues, family, friends—and even the suspects he pursues.
Relentlessly suspenseful and furiously paced, peopled with conflicted, fallible characters who leap from the page, The Kept Woman is a searing novel of love, loss, and redemption. A seamless blend of twisty police procedural and ingenious psychological thriller, it marks Karin Slaughter’s triumphant return to her most popular series, sure to please new and diehard fans alike.

This was my first Will Trent book and I was worried that I'd come to the party too late. Thankfully, Slaughter's excellent backstory weaving explained the gist of several pre-existing relationships. I say "the gist" because there's no way she could've summed up seven previous books, but I didn't feel lost. I also have a strong suspicion that THE KEPT WOMAN was one of those series instalments that tied up a lot of loose ends (kind of like HOME did, with the Myron Bolitar series), so if you're familiar with Will and Sara, then you'll probably have your mind blown. But even if this is your first experience with them, I can still guarantee a fantastic read. 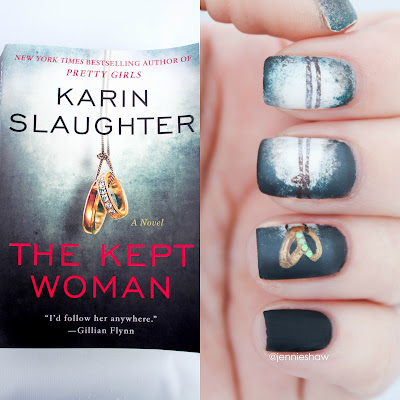 My heart broke about a million times for Will--the GBI agent who's desperate for love and went to great lengths to protect a person who's done little to earn his loyalty. In fact, the person is a straight-up nightmare who uses and abuses Will. But Will doesn't waver. Not even when he's at risk and every bone in his body is screaming at him to stop. He doesn't want to be defined by his excruciatingly painful past and yet that's precisely how this awful person sees him. Worse still, they poked and prodded at Will until he did their bidding. It was painful to read, at times, but inside Will's struggle was enough hope and resolution to keep me from throwing myself down a hole of despair.

And that's what THE KEPT WOMAN was really about. The murder at an abandoned construction site wasn't just a whodunit. No, it went much deeper than that. The crime dredged up the most painful parts of Will's past and put them on full display. In short, the investigation forced Will to confront his demons. And oh my, what intense demons, they were. OMG THE DEMONS, SERIOUSLY. *shudders and weeps* 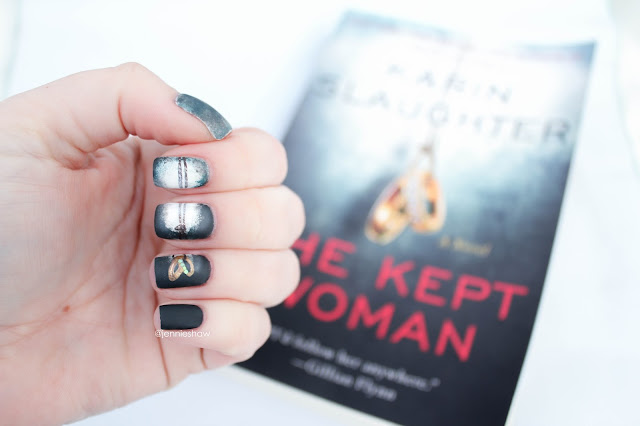 I feel confident saying that THE KEPT WOMAN won't be for everyone. The violence is acute, and the plot is extremely dark; think crime and thriller to the max. But in addition to that, there's the light of the human spirit. It's buried pretty deep, underneath all the other awfulness, but its there, nonetheless. If you're looking for a single new title, or an entirely new series that doesn't hold back punches to your heart and throat, I think the Will Trent books are for you!