As a birthday treat last month, I hit up the Penguin Shop, in Toronto. Having heard they were a small but mighty place to pick up signed books and various merch, I was super psyched! The staff were wonderful and full of suggestions, so deciding what to buy was pure agony. Eventually I settled on a few goodies, one being a signed book written by a Canadian author that makes me go all fangirly. Obviously, I'm talking about Margaret Awtood. Because...Margaret Atwood. (Yes, I'll always refer to her by both her first and last name.)


The synopsis, from Goodreads:

When Felix is deposed as artistic director of the Makeshiweg Theatre Festival by his devious assistant and longtime enemy, his production of The Tempest is canceled and he is heartbroken. Reduced to a life of exile in rural southern Ontario—accompanied only by his fantasy daughter, Miranda, who died twelve years ago—Felix devises a plan for retribution.Eventually he takes a job teaching Literacy Through Theatre to the prisoners at the nearby Burgess Correctional Institution, and is making a modest success of it when an auspicious star places his enemies within his reach. With the help of their own interpretations, digital effects, and the talents of a professional actress and choreographer, the Burgess Correctional Players prepare to video their Tempest. Not surprisingly, they view Caliban as the character with whom they have the most in common. However, Felix has another twist in mind, and his enemies are about to find themselves taking part in an interactive and illusion-ridden version of The Tempest that will change their lives forever. But how will Felix deal with his invisible Miranda’s decision to take a part in the play?

Confession alert: I've read quite a bit of Shakespeare in my day, but the Tempest is new to me. At first, I worried about not having a reference point for HAG-SEED, but my concerns didn't last long because Margaret Atwood did a great job of summing up the high points. If you have the same fear I did, rest easy. All you really need to know is that the Tempest, and therefore HAG-SEED, is about revenge. Dirty, manipulative, triumphant revenge. Which was fine by me because revenge is awesome to read about. Haha! 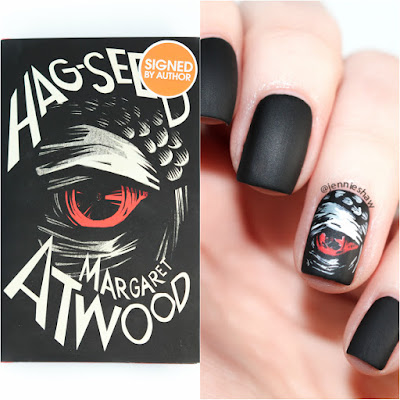 Only HAG-SEED was more than fine. HAG-SEED was straight-up awesome! Because Felix was pissed, guys and gals. He was wronged and not happy about it. And like any good super villain, after his humiliation, he retreated into solitude to fester over the unjust betrayal that befell him. That's not to say that Felix was a super villain though, because he's as human as you or I, but there were times he was probably spindling his fingers offstage. As such, he was fascinating to watch. Margaret Atwood's prose, filtered through Felix's desire for (metaphorical) blood, created an endearing, articulate voice, delivered with a dramatic flare. Ah-mazing. 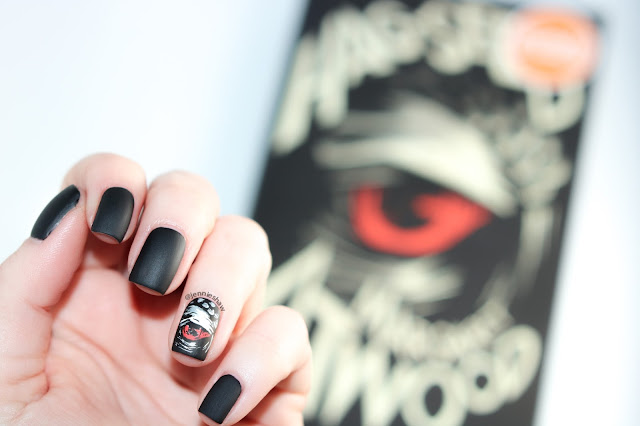 Wait. How have I gotten three paragraphs into my review without addressing HAG-SEED's unlikely setting of a prison? Not a jail, but a prison (one loosely based on the Kingston Pen). I swear, only Margaret Atwood could write a Shakespeare retelling with criminals named 8Handz and Bent Pencil. Like, what is even happening in this book?! Haha! A million awesome things, people; one million awesome things are what's happening in this book. It's dark, funny, touching, and sharp. So whether you're a Shakespeare fan or not, you need to read HAG-SEED. The extra bonus, aside from supporting a Canadian author, is that you'll feel a little bit smarter after you finish. Because Margaret Atwood.