COMPANY TOWN is one of the quirkier books I've read in a while. It's more hard-core science fiction that my normal choices and I'm so happy I picked it up. The first few chapters were a challenge for me, because the world building happened quickly, and then I suddenly found myself halfway through and completely in love with Hwa--the greatest bodyguard who has ever existed. 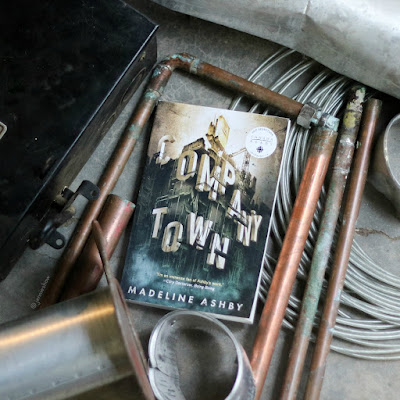 
Look at one of Go Jung-hwa's clients sideways, expert to end up on the floor with a broken arm and busted nose--if she's feeling merciful.
As one of the few people without bioengineered genetic enhancements, Hwa is part of a dying breed in the city-sized oil rig New Arcadia. But she's in peak physical condition and, combined with her speed and cunning, can easily go toe-to-toe with some of the most augmented men in town. After all, she's the best bodyguard employed by the United Sex Workers of Canada.
When Lynch Ltd., a technological tycoon dynasty, purchases the entire rig, Hwa's talents and lack of any sort of altering attract their attention. They have a fifteen-year-old heir to protect, and Hwa fits the bill--any cyborg meathead can be hacked and rewired, but not her. It's an opportunity of a lifetime, especially for someone who's been living on the fringes of poverty her entire life.
But when one of her former client's--and friend--dismembered body is found floating in the North Atlantic, Hwa finds her loyalties split between her past and future. And it looks as if the future came to collect in the present...


I cannot believe how much I loved COMPANY TOWN. The writing is razor sharp, political, provocative, and sometimes even playful. I read a few chapters while waiting in a doctor's office and couldn't help laughing out loud at Hwa's perfect responses--the sort of comebacks that I dream of saying. Hwa gives exactly zero fucks and I am here for it. Even as I write about her, my shoulders are bobbing with a chuckle. I rarely share quotes, because I think it can ruin the moment, removed from context, but it's the only way I can show you how on-point the writing is.


Silas eyed Hwa up and down. "This is what you're looking for in an assistant? She's epileptic. Or something. I don't know. And her mother is a prostitute. A prostitute who pays union dues, but still a prostitute."
Behind them, Joel gasped. "Silas!"
"It's okay," Hwa said. "My mom is a whore."
"See?" Silas smiled. His teeth were huge and perfect and white. "I was just saying what everybody was thinking."
"Yeah, having her raise me really introduced me to a lot of assholes," Hwa said. "Professional assholes that pay their taxes and everything, but still assholes."


Need some ice for that burn, Silas? Haha!! Mic-dropping dialogue aside, let's circle back to Hwa's career choice of becoming a bodyguard for the United Sex Workers of Canada. Yes, a union of prostitutes who look out for each other. Clients can be blacklisted if they're bad news and if anyone gets out of line, they get a punch to the throat. Love, love, love. And I haven't even gotten to the plot yet: the mystery behind Hwa's friend's death. In between being a badass and teaching others self-defence, Hwa investigates a grisly murder. Her detective work uncovers far more than she'd intended to find, and each revelation ups the stakes. 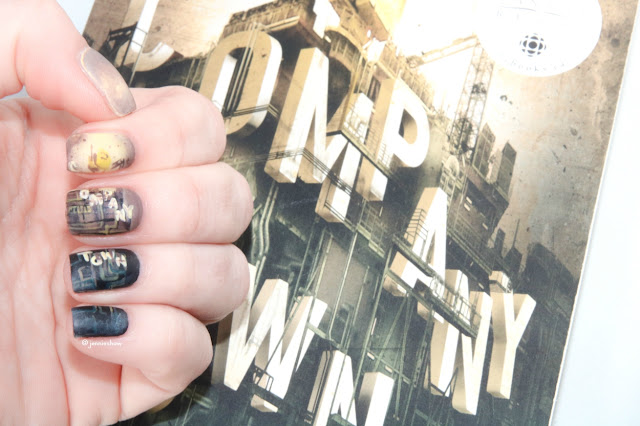 Also, the entire book takes place on a city-sized oil rig, in futuristic New Arcadia, Newfoundland. I mean...I can't, guys. I CANNOT. It's too good! Hwa speaks just like my wonderful friends from the Rock, dropping b'ys left and right, and it's the greatest ever.

I haven't read any of the other four finalists in CBC's Canada Reads 2017 but I don't care. THIS IS THE WINNER. The ending wasn't quite what I'd expected, which was a bit of a bummer, but the book is otherwise awesome. I'll be reading Madeline Ashby's series about killer robots (vN and iD) asap and I'm beyond psyched to have found another fantastic Canadian author. Go Canada!! So in closing, if you're into science fiction and strong female protagonists, COMPANY TOWN is definitely the book for you!