Last Monday, we had a holiday for Family Day. I suppose that means you're supposed to spend time with your family but I spent it reading--an entire glorious day of flipping pages. Whoops? Haha! It's such a treat when I can read a book from cover to cover (err...screen to screen because it was an ebook?) and I picked a good one because once I finished the first chapter of BURYING THE HONEYSUCKLE GIRLS, I was all in. 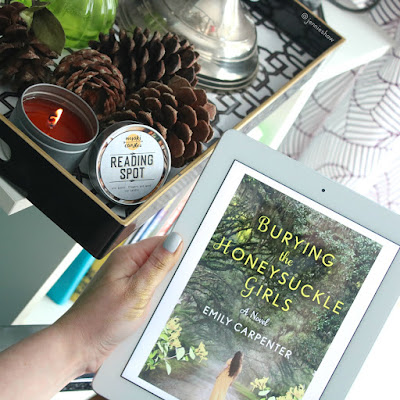 Althea Bell is still heartbroken by her mother’s tragic, premature death—and tormented by the last, frantic words she whispered into young Althea’s ear: Wait for her. For the honeysuckle girl. She’ll find you, I think, but if she doesn’t, you find her.
Adrift ever since, Althea is now fresh out of rehab and returning to her family home in Mobile, Alabama, determined to reconnect with her estranged, ailing father. While Althea doesn’t expect him, or her politically ambitious brother, to welcome her with open arms, she’s not prepared for the chilling revelation of a grim, long-buried family secret. Fragile and desperate, Althea escapes with an old flame to uncover the truth about her lineage. Drawn deeper into her ancestors’ lives, Althea begins to unearth their disturbing history…and the part she’s meant to play in it.
Gripping and visceral, this unforgettable debut delves straight into the heart of dark family secrets and into one woman’s emotional journey to save herself from a sinister inheritance.
__

Let's get one thing straight. This book was awesome.


Your face = awesome. (Okay, this one isn't book related but sometimes you just need a reminder from others, about how awesome you are.) 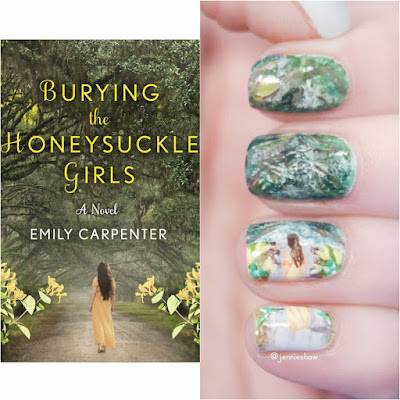 On the very first page of BURYING THE HONEYSUCKLE GIRLS, Althea swears, and I remember thinking: Oh yeah. I'm going to like this gal. Then it took about four more chapters for my like to turn into love. BURYING THE HONEYSUCKLE GIRLS has many strong elements, but for me, it really came down to Althea. I'm all about a story of redemption and I'll cheer for the underdog. Being a recovering addict in a political family doesn't get much more underdog-ish but Althea rarely felt sorry for herself, which is one of the main reasons I dug her so hard. Props to Emily Carpenter because it's a serious challenge to write a confident yet vulnerable character and Althea walked that line like a badass acrobat. Also, she was kinda funny, in that wry way that made me want to be her best friend. 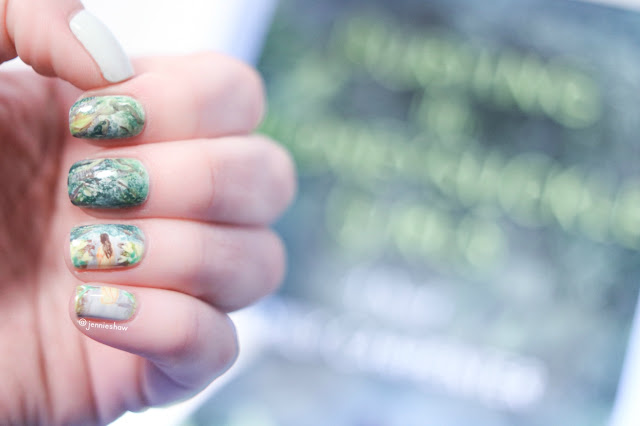 Along with Althea, I loved the rich, lush scenery--scenery described in such detail that it took on a life of its own. At times, it felt downright magical. And then there was the actual magic, although I could never be sure how real it was. My curiosity added to the plot's tension, and whether real or not, I drank up the lingering questions of mystical influences like Jinn's Juice. The historical elements worked extraordinarily well, and they reminded me a lot of Kelley Armstrong (who is one of my favourite authors ever). There are decades' worth of family secrets in this book, going back three generations, which layered the gritty plot. So if you like your mysteries served with sides of ambiance, magical realism, and southern historical, you need to read BURYING THE HONEYSUCKLE GIRLS!

OPI - Alpine Snow, You Don't Know Jacques, Towel Me About It, and Stay Off The Lawn!