book review with cover mani: the hate u give

I’ve had a very hard time writing a review for THE HATE U GIVE. It wasn't an easy read. Sobering, in fact--the kind of book that I wish I could give more than five stars. Because this is an important novel. One that is timely, powerful, and a hundred percent necessary. The reason that fiction exists, I'd even argue. The perspective is like no other and the writing resonates in a deeply moving way.  It punched me in the heart for all 464 pages. I've never been so grateful. I needed to have my eyes opened. 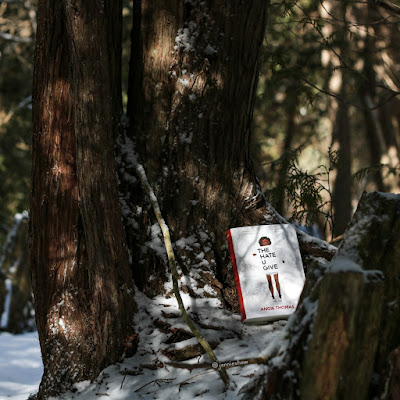 Sixteen-year-old Starr Carter moves between two worlds: the poor neighborhood where she lives and the fancy suburban prep school she attends. The uneasy balance between these worlds is shattered when Starr witnesses the fatal shooting of her childhood best friend, Khalil, at the hands of a police officer. Khalil was unarmed.Soon afterward, Khalil’s death is a national headline. Some are calling him a thug, maybe even a drug dealer and a gangbanger. Starr’s best friend at school suggests he may have had it coming. When it becomes clear the police have little interest in investigating the incident, protesters take to the streets and Starr’s neighborhood becomes a war zone. What everyone wants to know is: What really went down that night? And the only person alive who can answer that is Starr.But what Starr does—or does not—say could destroy her community. It could also endanger her life.

As I've already said, I've gone through many versions of my review, and none of them articulated the impact THE HATE U GIVE had on me. It’s probably because I was rendered speechless as tears soaked my shirt and, to be honest, I haven’t quite recovered. Nor should I, frankly.

But I want to keep spreading the word, so instead of spending another day (week? month?) staring at the screen, I’ve decided to just list words that describe THE HATE U GIVE. 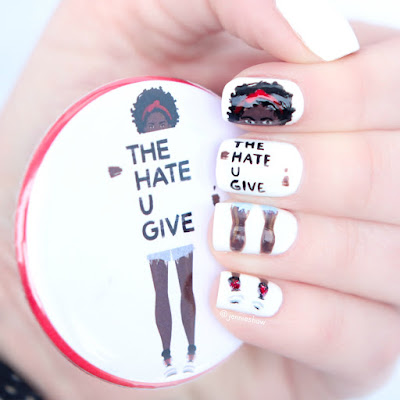 Thanks to HCC Frenzy for this super cool button.


Here we go. Words that describe THE HATE U GIVE:

*Obviously, this is fiction, but also, it isn’t. 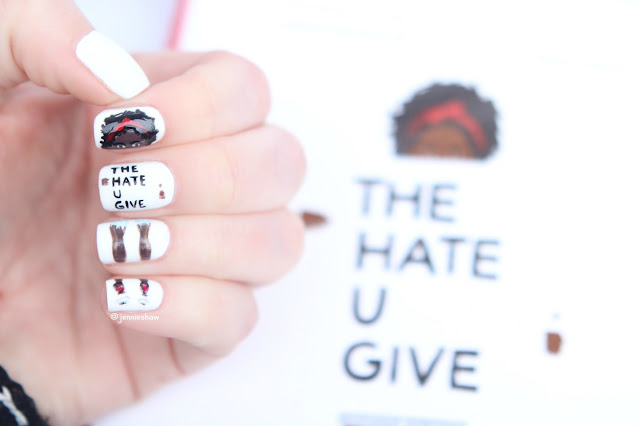 Also, I'll read everything Angie Thomas ever writes, from now until forever.