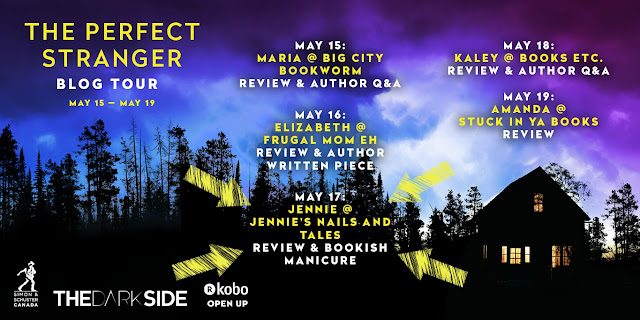 Greetings, fellow book enthusiasts! It's been years since I've participated in a blog tour and I'm super psyched to be part of Megan Miranda's. Her latest novel, THE PERFECT STRANGER, was bananas x 10 and I can't wait to tell you all about it! 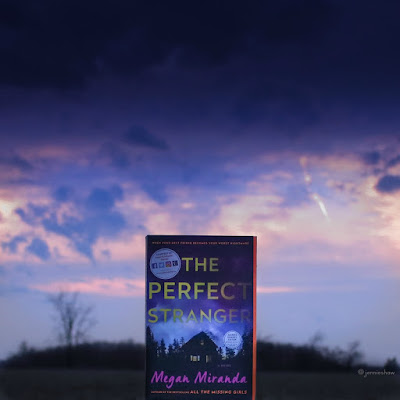 In the masterful follow-up to the runaway hit All the Missing Girls, a journalist sets out to find a missing friend, a friend who may never have existed at all.
Confronted by a restraining order and the threat of a lawsuit, failed journalist Leah Stevens needs to get out of Boston when she runs into an old friend, Emmy Grey, who has just left a troubled relationship. Emmy proposes they move to rural Pennsylvania, where Leah can get a teaching position and both women can start again. But their new start is threatened when a woman with an eerie resemblance to Leah is assaulted by the lake, and Emmy disappears days later.
Determined to find Emmy, Leah cooperates with Kyle Donovan, a handsome young police officer on the case. As they investigate her friend’s life for clues, Leah begins to wonder: did she ever really know Emmy at all? With no friends, family, or a digital footprint, the police begin to suspect that there is no Emmy Grey. Soon Leah’s credibility is at stake, and she is forced to revisit her past: the article that ruined her career. To save herself, Leah must uncover the truth about Emmy Grey—and along the way, confront her old demons, find out who she can really trust, and clear her own name.
Everyone in this rural Pennsylvanian town has something to hide—including Leah herself. How do you uncover the truth when you are busy hiding your own?

If you've read any of my reviews before, you already know that unreliable narrators make my heart pitter patter. Mostly because they keep me anxious. Haha! So with that in mind, it means a fair bit when I say that Leah Stevens is the greatest unreliable narrator I've ever read. No question. No debate. She is the best. And the combination of her true unreliableness with mysteries in her past and present, is what cranked this book to eleven. It was a risky move, because either element could've fallen flat, but it paid off. Big time. 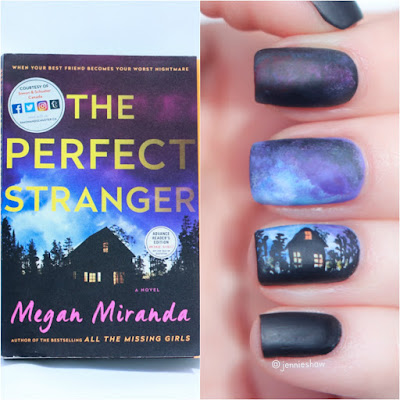 With other unreliable narrators, their dishonestly often rises to the surface early on, which is what I thought happened with Leah. Even in the jacket description, she's a "failed journalist" who has a restraining order against her. Obviously, she's no angel, because somebody felt threatened by her. So in the beginning, I questioned her degree of truthfulness. But soon, I began to believe Leah had done the right thing at her newspaper and then things got ridiculously interesting. Because quickly after I started to believe her, a bias was revealed that warped Leah's motivations like a funhouse mirror, which had me reevaluating her perspective again! Bouncing between certainty and suspicion made me feel like a pinball in the best possible way.

Ping - Oh wow, Leah's had a hard life. She's a survivor and a gal I'd want in my corner, for sure.

Ping - Wait. Is she maybe a bit off? Cause I don't think she's interpreting that situation in a manner that makes any sense.

Ping - No way. Leah's fierce, persistent, and people misunderstand her because she keeps her guard up. She's a truth-teller, whether others want to hear it or not.

Ping - Cancel that. Leah's legit batshit crazy and it's glorious.

Ping - OMG she is totally not crazy how could I ever have doubted her WHAT IS EVEN HAPPENING?!

Repeat that cycle four times and that's basically how my reading of THE PERFECT STRANGER went. There were a lot of moving parts in the plot and seeing the story unfold through Leah's eyes meant I could never be sure if I was getting closer to the truth (which happened sometimes), or taking a short cut that would prove to be a dead-end (which happened just as often). It was amazing. 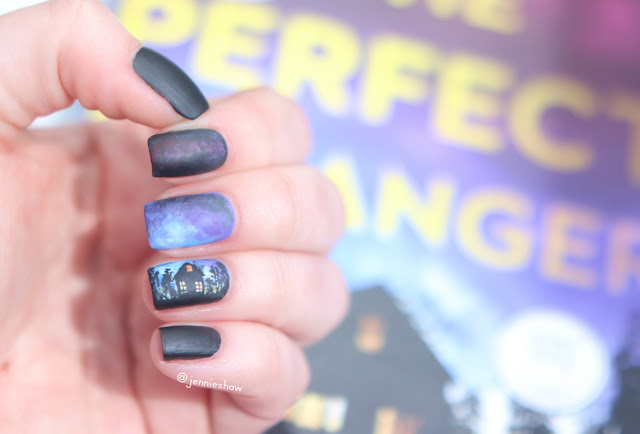 So if you're a fan of unreliable narrators, a plot with more layers than a wedding cake, and a steady, tension-filled pace, THE PERFECT STRANGER must find its way onto your TBR. Close to the top. Like, make it your next read. Trust me. Or don't trust me? Am I unreliable? Haha!! You know I wouldn't mislead you. So buy it. Buy it now!

Big thanks to Simon & Schuster Canada for including me on this blog tour, and for hooking me up with an ARC!

China Glaze - Under the Boardwalk, Man Hunt, I Got A Blue Attitude, Plur-ple, and Good Tid-ings